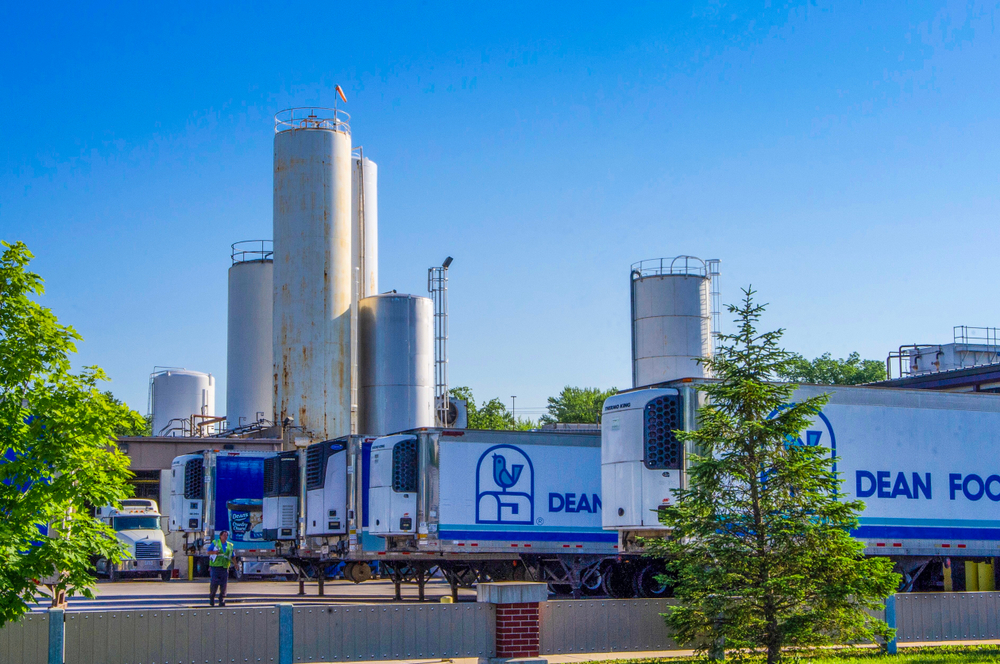 Nobody Soy This Coming

Hope You’re Not Buying Anything Weird, Google Wants to Read Your Bank Statement

Google will start offering checking accounts next year, because why shouldn’t everything in the world be controlled by only four companies?

The search engine that’s intimately acquired your gross browsing habits will launch the project (code named “Cache” because Google is a bunch of nerds) in partnership with Citigroup and the Stanford Federal Credit Union.

This headfirst dive into the world of finance is the most daring foray into banking from Silicon Valley yet, with the possible exception of Facebook’s dead-in-the-water attempt to create a global currency/maybe take over the world.

Citigroup and Stanford will run the boring day-to-day business of operating the checking accounts, which will be branded under their names, not Googles.

So you might be wondering, what does our old pal Google get outta this? Well, it gets the only thing that Google truly wants: data.

A checking account is a relatively low rung on the financial ladder (just one above the piggy bank my old man used to rifle through when he was drunk). But Google can use a checking account to monitor consumer behavior and map spending patterns.

Google executive Caesar Sengupta told the Wall Street Journal that Google does not intend to sell customers’ data. (But they definitely will draw conclusions from that data and sell that or use it on their own advertising platform.)

“If we can help more people do more stuff in a digital way online, it’s good for the internet and good for us,” Sengupta told the WSJ.

Sengupta explained the rationale behind tapping established financial institutions instead of creating a Google bank. Google seems to be somewhat aware (more so than Facebook at least) that folks are terrified that big tech is taking over the world and intruding more and more into their personal lives.

“Our approach is going to be to partner deeply with banks and the financial system. It may be the slightly longer path, but it’s more sustainable.”

Folks will have to use the Google Pay app to access their Google checking account. (Whoooaaa! That’s some sweet vertical integration, my dudes. *electric guitar riff*) If successful, this could fatten up Google Pay’s user base, which is already on track to hit 100 million users worldwide by 2020.

Senator Mark Warner (D-VA), one of the most vocal opponents to big tech on Capitol Hill, told CNBC that he was concerned about these big tech platforms “entering into new fields before there are some regulatory rules of the road.”

“Once they get in, the ability to extract them out is going to be virtually impossible,” said Warner.

The timing of this news is what I would categorize as “not great.” Barely two months ago, 50 U.S. states and territories launched investigations into Google’s “potential monopolistic behavior.”

Regulators and lawmakers around the world are growing increasingly concerned that the search giant is repeatedly overstepping its bounds when it comes to privacy, data collection, and anti-competitive practices.

This is a colossal shift in lawmakers’ attitudes towards big tech. And tech prophet George Gilder says it’s only a matter of time before this empire of cards comes crashing down.

George is the fella who predicted the iPhone 13 years before its release. He forecast the rise of Netflix more than a decade before it existed. And he tipped off President Ronald Reagan that the microchip would change the world.

Now, his next prophecy will transform our civilization and could make you as much as $1 million over time.

Nobody Soy This Coming: Big Milk Files for Bankruptcy

The country’s largest milk producer, Dean Foods, filed for bankruptcy yesterday, as the ravenous millennial monster consumes yet another pillar of industry (by just kinda buying other stuff).

The 94-year-old company buckled under pressure from popular alternative milks like soy, almond, oat, and mystery. (Oh, and there may be a huge pile of unpaid debt and imploding pension plans in there also.)

“Despite our best efforts to make our business more agile and cost-efficient, we continue to be impacted by a challenging operating environment marked by continuing declines in consumer milk consumption,” said Dean Foods Eric Beringause, who’s been CEO for only about three months now. (Way to turn things around, Eric!)

Thanks to those villainous millennials (*shakes fist at entire generation of human beings*), U.S. consumption of milk has declined 39% over the past 40 years.

Today, that figure is at the lowest level since the Department of Agriculture started watching folks drink their milk back in 1975.

In 2019, alternative milks only make up a fraction of total milk consumption in the U.S, though sales are growing rapidly and are expected to surpass $18 billion globally in 2019. (Which isn’t half bad for a carton of soggy bean water.)

Of course, there’s more to this story than millennials not drinking their milk. According to Wells Fargo analysts, Dean Foods is bogged down with pension commitments and debt.

“Dean Foods’ equity value has been trading at distressed levels for some time and poor sentiment was reinforced by the July 28 appointment as CEO of Eric Beringause, featuring a long history of working with private equity owners, and the Sept. 24 resignations of Dean Foods’ chief financial officer and general counsel,” Goldman Sachs analysts told Marketwatch.

“In addition to weak fundamentals and limited visibility, potentially sizable unfunded pension liabilities have kept us on the sidelines.”

Shares of Dean Foods (DF) have lost 87% of their value this year and, at closing yesterday, were valued at just 80 cents per share.

Juul Labs will fire 650 employees and slash marketing spending as regulators crack down on delicious flavored vapes that may have been getting kids hooked on nicotine.

(Kids ruin everything. We should just lock them in a box until they’re 21 so the rest of the world can enjoy our booze, narcotics, and candy-flavored vapes in peace.)

At one point, Juul Labs (pronounced “yule labes”) was growing so fast, the little vape lords were hiring 300 new employees a month.

But as a mysterious vaping related illness started popping up around the country, the government has signaled a two-fisted crackdown on the industry.

In addition to cutting these 600 jobs, which represents 16% of the total Juul workforce, Juul is slashing marketing spending. 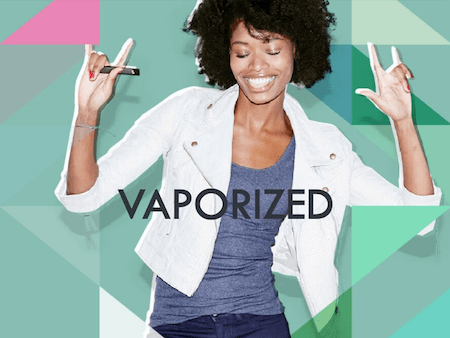 Hmmm. This ad actually does make vaping look like a lot of fun. Maybe if I took up vaping, I could finally be happy.

These measures are part of a money-saving effort by Juul’s new CEO to slash costs by $1 billion and bail out this sinking ship which may or may not be an illegal vessel this time next week.

“As the vapor category undergoes a necessary reset, this reorganization will help JUUL Labs focus on reducing underage use, investing in scientific research, and creating new technologies while earning a license to operate in the U.S. and around the world,” said Juul’s new CEO K.C. Crosthwaite in a statement.

Altria, who owns 35% of Juul labs, saw its stock plummet earlier this year when the Trump administration announced their e-cigarette ban. Since then, shares have recovered and currently sit almost level with the start of the year at about $47.

President Trump is expected to unveil his e-cigarette ban this week. Though it remains to be seen if it will be a total ban, which would wipe out Juul labs’ entire business, or a more restrained series of measures restricting flavoring and advertising aimed at young people.

More on this evaporating cloud of mint-flavored nicotine as it dissipates. 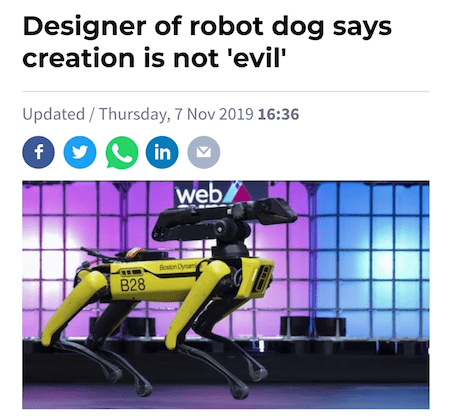 The Yield Curve: A Horror Story With a Happy Ending

Economists look to this sacred barometer as the ultimate predictor of financial recession.

If the value of long-term bonds drops below that of short-term bonds, the curve is said to be inverted and, hence, a ter-r-r-r-rrible portent of doom.

Since 1978, five recessions have been preceded directly by the inversion of the yield curve. And, lo’, hide the children and the farm animals and put a spoon in your mouth because it inverted yet again in May of this year.

It’s only a matter of time before society comes cr-r-r-rumbling down around our… oh wait, never mind.

This is the largest positive gap since January of this year and represents a renewal of investor confidence in the future of the economy.

“The most important development in the bond market recently has been “the un-inversion of the yield curve,” Scott Kimball, a portfolio manager at BMO Fixed Income, told the Wall Street Journal.

It looks like the universion of the curve is a result of recent interest rate cuts by the Fed and some progress in U.S.-China trade relations (I mean it’s not perfect, but it’s something).

Until now, the curve suggested an oncoming recession said Kimball. But, for now at least, it’s signaling modest growth for the economy.