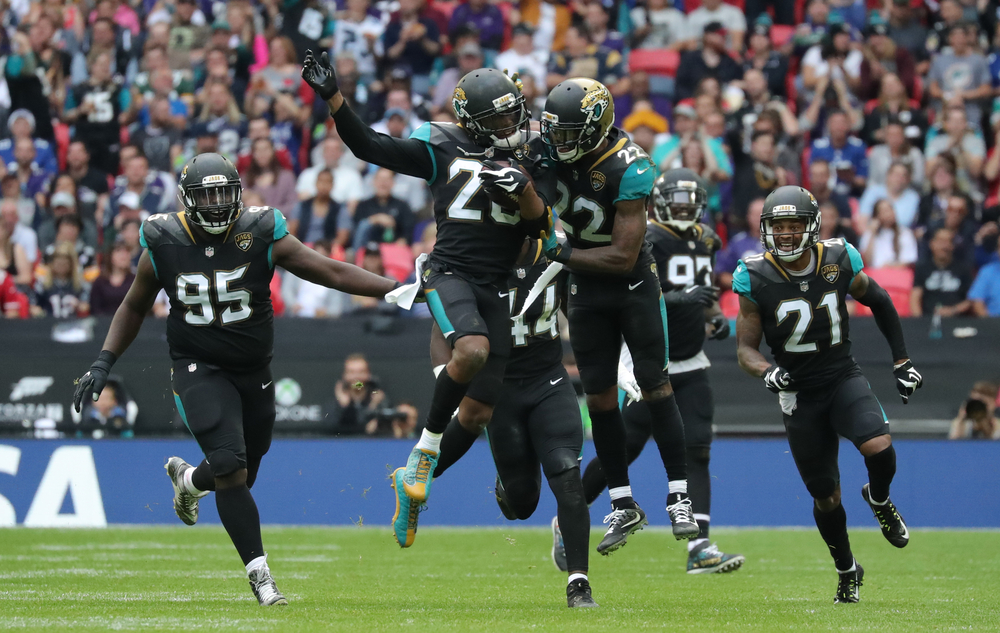 The NFL has said it will keep an open mind about allowing players to use marijuana as a pain remedy. But just like your deadbeat dad that’s “cool since the divorce,” the NFL isn’t opening its mind too much.

For years, outspoken players have lobbied the NFL to allow marijuana as a pain management tool. They smash their bodies off each other for a paycheck after all. They deserve a little TLC on the weekend. (Or maybe a little THC. Wink.) 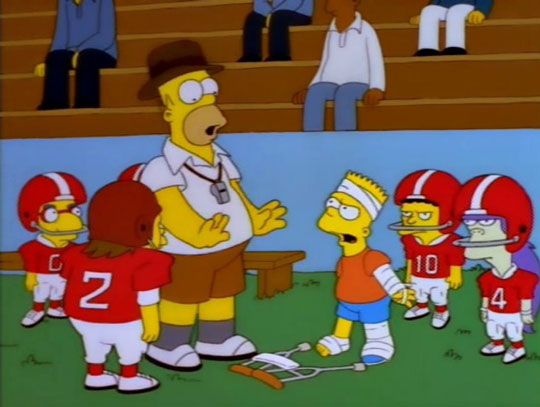 “A GROWING BODY OF RESEARCH SUGGEST MARIJUANA MAY HAVE BROAD MEDICINAL VALUE IN THE FIELDS OF PAIN MANAGEMENT, ADDICTION MEDICINE, AND NEUROLOGY! ALSO, IT MAKES CARTOONS FUNNIER.”

However the shift in the public perception of Satan’s Jazz Salad — and the increasing likelihood we’re going to see legalization on a federal level by the end of the year — has forced the NFL to reconsider its position on the medical applications of the sticky icky.

This week, the NFL Players Association and the NFL agreed for the first time to cooperate on studying the potential medical uses of the Smoochy Woochy.

“We’ve asked the committee to look at any and all treatments,” Allen Sills, the NFL’s chief medical officer, told USA TODAY. “We’ll go where the medicine takes us.”

After the NFL’s announcement, recently retired Eagles Defensive lineman Chris Long called into TheDan Patrick Show to discuss his personal history of marijuana use during his NFL career.

“I’m not a dry snitch, I’m not going to put a percentage on how much the league smokes, but I certainly enjoyed my fair share on a regular basis through my career,” Long said. “So, you know, and I was never afraid to say that but I’m able to say it more explicitly now: Listen, if not for that, I’m not as capable of coping with the stresses of day-to-day NFL life. A lot of guys get a lot of pain management out of it. … Toradol did more pain management for me.” 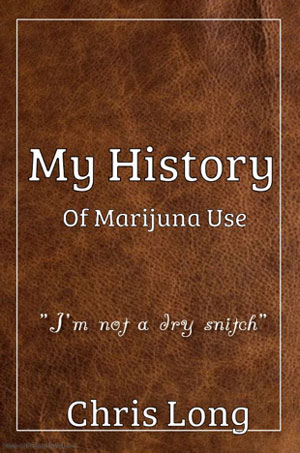 The heartbreaking story of the NFL’s wettest snitch.

Chris went on to say that marijuana usage is already widespread in the NFL. But since the drug testing happens just once a year on a set date, it’s easy to not get caught. (The system works!)

Waiting for Godot (The Weed Dealer)

If you’re an NFL player hoping for league-sanctioned weed (then what are you reading this newsletter for? Go play on your jet ski, J.J.), I wouldn’t hold my breath.

As long as there is a federal ban on the Dank Alfalfa, the NFL won’t touch it.

And even if the NFL’s tests show that marijuana is an effective pain treatment, they have another factor to take into consideration. If smoking weed and watching cartoons all day affects players’ performances, there’s no way the teams will get on board with it.

Which means players are going to continue to smoke what they can get their hands on in secret and the NFL is going to “look the other way” with their easy-to-game testing system.

Yet, the very fact that the NFL is being forced to have this conversation shows how much the perception of marijuana has changed in just a few short years.

With legal marijuana of some form in 33 states and the District of Colombia, we are just a hair’s breadth away from full nationwide legalization. Which is what makes this such an exciting time for investors.

The opportunities to make money from this exploding industry are sky-high. But how do you predict the precise stock moves that could make you money?

Over the past three years, Ray and his team developed a scientific system designed to help him select the fastest-moving pot stocks for maximum gain potential.

The THC system was developed with a $183,000 supercomputer system, one of the top software programmers in the country, and endless hours of blood, sweat, and tears… and now Ray wants to share it with a select few readers.

Click here now to see how you could turn the exploding marijuana market into a legacy of wealth.

A New York judge has ruled that Capital One and Deutsche Bank could hand over the Trump family’s financial records to Congress, bringing us one step closer to the public disclosure of the president’s entire financial history.

(See? This is why I’d never become president. I don’t want every 2 a.m. burger I bought with a credit card dragged up in The New York Times. Also, our government is totally broken and only a mad person would want to be in charge of it. Also, no one would elect me… but that’s beside the point.)

The Trump administration requested an injunction to block the records’ release, saying there would be “irreparable harm” done if they are handed over to House Democrats.

It’s not been a great week for Donald’s financial privacy.

The ruling came just hours after New York passed two bills which would allow the state to turn over Trump’s tax returns to Congress if they request them. (They will.)

And on Monday, a federal judge in D.C. ruled accounting firm Mazars could hand over requested financial records to the House Oversight and Reform Committee.

Meanwhile, The New York Times dropped a doorstop report alleging Trump took tens of millions of dollars in loans from Deutsche Bank and never paid them back.

That said, I wouldn’t expect to see Trump’s finances seeing daylight any time soon. Trump’s lawyers will likely appeal yesterday’s decision. And some legal experts think this case could end up in the Supreme Court.

Which, considering the courts five-four conservative majority, should be a slam dunk for the president. 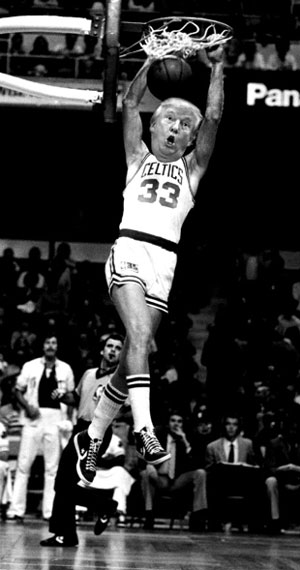 This 100% real photo comes to you courtesy of the Trump family photo album.

Researchers have pinpointed the source of a banned ozone-destroying chemical. And to nobody’s surprise, it was coming from China all along.

You might remember, back in the 1980s, researchers discovered a hole in the ozone over Antarctica. (Which is why, if you shake the planet, all the penguins fall out.) 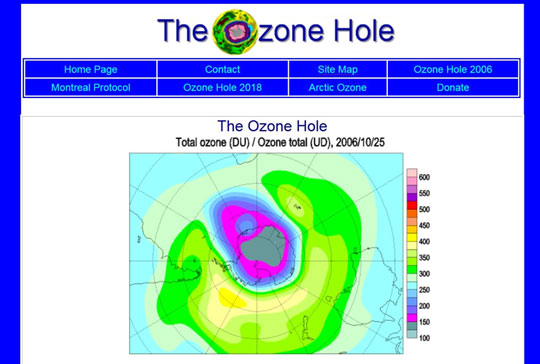 If you’re nostalgic about the dark days of the early internet, head on over to www.theozonehole.com.

After some [insert vague science-y term here], they determined that the hole was caused by a group of gasses, CFCs, which turn into an ozone-eating gas when broken down in the upper atmosphere.

If the hole got any bigger, we’d be having BBQ penguins for dinner. So the world made a pact, banning the use of CFCs.

CFCs were phased out entirely by 2010 and the hole in the ozone started to recover. But in 2018, a group of researchers discovered that the decline of CFCs in the air had slowed by about 50% after 2012.

Using computer simulations, researchers at the University of Bristol in the U.K. tracked 7,000 tons of CFCs back to their origin: mainland China. (It’s always mainland China. What about secondaryland China?)

The Chinese government claims that the production of the gas is caused by a few “rogue producers” and it’s started to clamp down on production (about nine years too late).

I find it hard to believe that in the Chinese surveillance state a few rogue producers could pump 7,000 tons of an illegal chemical into the atmosphere without anyone noticing.

It sounds to me like China didn’t care and they didn’t think anyone would notice. (Which would be pretty on-brand for China.)

Yesterday we discussed the leaps and bounds in Google’s voice recognition software. And I said that the underlying tech that drove those advances is a tech that will change the world.

Today, we’re going to look at that tech and you’ll see exactly why I’m so excited about it. (As long as you’re not a total ding dong.)

Machine Learning is a combination of computer science and statistics that allows computers the ability to learn independently of their human programmers.

I know, I know. This is exactly how Skynet happened. But if we play our cards right, this tech could fuel massive leaps in technology (and maybe not blow up the world in the process).

With machine learning, a computer can learn and teach itself how to do a specific task without being programmed. (It’s a bit like teaching your kids to survive by leaving them in the woods with a stick and a can beans. They’ll work it out eventually.)

It works by feeding the computer data and instructing it to look for statistical patterns in the data.

The app would sort through hundreds of thousands of pictures of hotdogs. It establishes the data patterns found in a hotdog: such as wieners, buns, dried onions (BUT NEVER KETCHUP).

And after the computer has seen enough hotdogs: 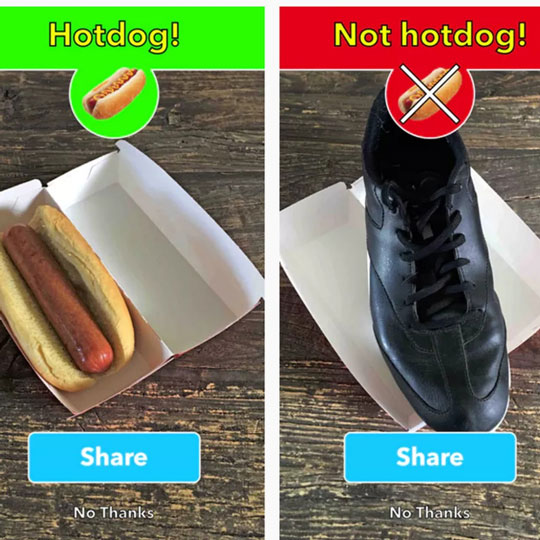 The more data you have, the more finely tuned the algorithm and the more accurate the computer becomes.

It’s the closest thing we’ve ever come to true artificial intelligence (AI). And its potential goes far beyond being able to recognize hotdogs.

It’s being used in facial recognition, speech recognition, and online advertising. (Notice how ads are creepily specific to your interests these days? AI.)

For investors, AI could be used to analyze and predict the market more accurately than any human could (sorry, Warren).

My researchers are keeping a close eye on this one… and I think they’ve made a breakthrough. Hopefully, I’ll have an update for you soon.