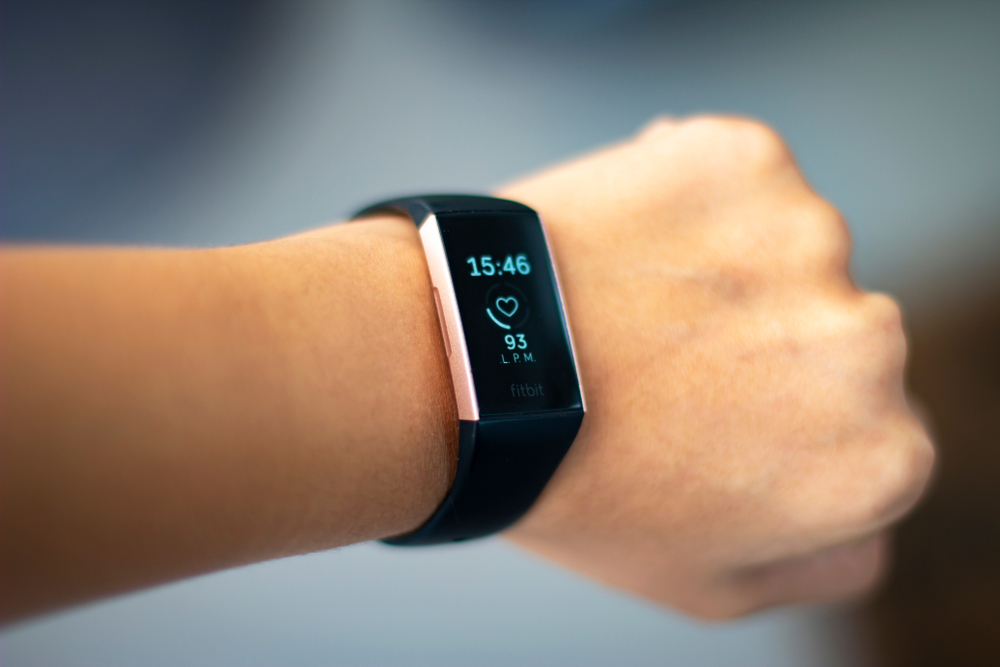 Allbirds Founder Throws Down the Gauntlet to Bezos

Allnerds: These slip-on, wool sneakers are the latest fashion trend to grip the Valley. Why should I waste valuable seconds tying my shoes when I could be developing my revolutionary doggy dating app? (Growlr, in case you’re wondering and, yes, we are looking for investors.)

Zwillinger called out Amazon founder and man-too-rich-to-function-like-a-normal-human-being Jeff Bezos in a CNN interview last week, criticizing Amazon’s practice of identifying popular products and making low-quality knockoffs that the company can sell for half the price. (I used to run a similar grift back in the day, painting limes yellow and selling them as cheap lemons.)

“They know a lot about consumers and they obviously saw that a lot of people were searching for Allbirds,” said Zwillinger. “It feels like they almost algorithmically inspired a shoe that looks very similar so they could capitalize on that demand.” 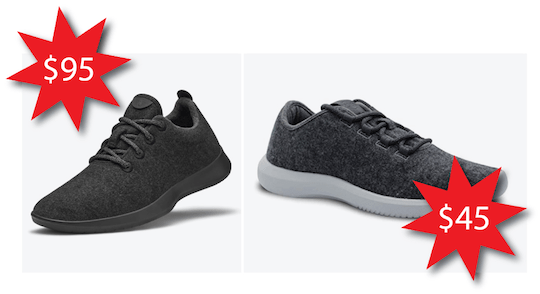 On the left, Allbirds Merino wool sneakers. On the right, Amazon’s knockoffs made from Bezos’s pre-billionaire cardigans.

In a statement issued last week, an Amazon spokesperson denied its sneakers were blatant knockoffs tweaked just enough not to infringe on the design patent.

Instead, the company asserted that Jeff Bezos’s Wool Walkies™ were inspired by a wider trend of pretentious wool sneakers beloved by Silicon Valley dorks.

“Offering products inspired by the trends to which customers are responding is a common practice across the retail industry,” said the spokesperson. “206 Collective’s wool blend sneakers don’t infringe on Allbirds’ design. This aesthetic isn’t limited to Allbirds, and similar products are also offered by several other brands.”

Zwillinger responded in an open letter to Jeff yesterday, asking Amazon to adopt the same sustainability practices as Allbirds if it’s going to go ahead and steal Allbirds’ designs.

“Please steal our approach to sustainability,” Zwillinger wrote, knowing full well that you don’t become the richest man in the world by being green. (Case in point, Kermit never has enough money to keep the Muppet Theatre open.)

“If you replaced the oil-based products in your supply chain with this natural substitute (not just for one product, but all of them), we could jointly make a major dent in the fight against climate change.”

Zwillinger offered to sell Bezos the components Allbirds uses to make its sneakers, made from organic material like wool and trees, to get Amazon (and Zwillinger’s bank account) on the track to sustainability.

“We want to give you the components that would make this shoe not just look like ours, but also match our approach to sustainability,” Zwillinger wrote.

Allbirds was founded in 2014 and recently valued at $1.4 billion, following a $50 million Series C round of fundraising. It’s difficult to measure the exact impact of Amazon’s cheap knockoffs on Allbirds’ business, but it’s likely the effects zwill linger for years to come.

Fitbit (FIT) shares surged this morning after an SEC filing revealed a bidding war between Google and a mystery firm trying to buy the wearable tech company (including the revolutionary step-counting tech it was giving away for free in boxes of cereal 20 years ago).

Google announced it was officially buying Fitbit in November for a price tag of $2.1 billion, ending a decade’s long campaign to get unrestricted access to meticulous data on how little exercise I get. (You’re not my wife, Balmer!)

However, these filings suggest Google could have walked away with the sad-husband tracking tech for much less if it wasn’t for a last-minute bidding war with another company.

The SEC filing guards the identity of this mystery company. But it was likely a certain online store that rhymes with “hamazon.” (Wait. I may have accidentally created a billion-dollar idea. Is an online meat market on the scale of Amazon already a thing? I gotta call my lawyer.)

According to the filing, Google lowballed Fitbit with an initial offer of $4.95 per share — well below the company’s asking price of $6.00.

At this point, a mystery firm, only referred to as “Party A” in the SEC filings, joined the bidding. And after an aggressive evening of rapidly escalating bids, Google submitted a final offer to acquire Fitbit at a price of $7.35 a share.

The winning proposal was revised to include a stipulation that locked Fitbit into an exclusivity agreement, active immediately. (Which probably isn’t a major obstacle for hamazon, who will probably be “inspired” by this bidding war to create their own, legally distinct, fitness wearable.)

Shares of Fitbit (FIT) rose more than 3.7% this morning after the SEC filings revealed Fitbit was being courted by a secret suitor.

Google is being accused of “union busting” after firing four leading activist employees alleging a breach of data security protocols.

(Google did not respond directly to our requests for comment but according to famous union detractor Ray Parker Jr., bustin’ makes you feel good.)

In a blogpost published yesterday, acollective of Google employees alleged Google hired a union-busting law firm and redrafted policies to allow Google to fire anyone it wanted (and then immediately fired the four people who were pissing it off the most).

The group says the firing of the activists (dubbed the Thanksgiving Four because imagination is dead) was “an attempt to crush worker organizing” and finally get rid of that guy who keeps microwaving fish in the staff kitchen.

“Here’s how it went down: Google hired a union-busting firm. Around the same time Google redrafted its policies, making it a fireable offense to even look at certain documents. And let’s be clear, looking at such documents is a big part of Google culture; the company describes it as a benefit in recruiting, and even encourages new hires to read docs from projects all across the company.

“Which documents were off limits after this policy change? The policy was unclear, even explicitly stating the documents didn’t have to be labeled to be off limits.

“We knew then, and it’s clear now: this policy change was setting up an excuse to retaliate against organizers, allowing the company a pretext for picking and choosing who to target. Using this policy, Google did all it could to frame our colleagues as ‘leakers.’”

In a memo to staffers Monday, Google’s Security and Investigations Team said that the four employees had been fired for a breach of data security and wrote off the activist employees’ claims of unfair dismissal as “misinformation.”

You know, I personally find it hard to believe that a company whose slogan is “Do No Evil” would… Hold on. My researchers are telling me that hasn’t been Google’s slogan since 2015. What is it now? “Some Evil is Fine?” Huh.

The world’s largest hedge fund has bet more than $1.5 billion that global markets will fall by March 2020. (But its founder says: “don’t worry about, it’s all good, also the Wall Street Journal sucks.”)

The wager, which is made up of put options and frowny face emojis, will payout to Bridgewater Associates and its clients if the S&P 500 or the Euro Stoxx 50 declines before March of next year.

According to industry insiders, the hedge fund paid roughly 1% of the company’s $150 billion in assets for the options contracts, making it one of the largest bearish bets against the market today.

However, when the Wall Street Journal reported Bridgewater was “betting big” on a Wall Street drop, founder Ray Dalio was quick to point out that the firm does not have “a net bet that the stock market will fall.”

So overall, Bridgewater does not have a bearish outlook on the market. But it’s definitely hedging against something. What that something could be, we do not know… but we can hazard a damn fine guess.

By March 2020, when Bridgewater’s puts expire, the majority of delegates will have been awarded in the Democratic primary. This means we’ll have a pretty good idea who the Dem’s presidential candidate is going to be at that point. And Wall Street is starting to worry, and prepare, for a certain candidate winning the candidacy.

And that candidate is… Marianne Williamson.

Nah, I’m kidding. Marianne Williamson will probably have evaporated into space dust by then. I’m talking about Elizabeth Warren.

Some Wall Street analysts speculate a Warren or Sanders presidency would cause markets to fall. And even if Trump can hold the presidency, we can expect a temporary dip in the markets triggered by investor anxiety if one of those candidates wins the primary.

Last month, Morgan Stanley sent its clients an “Elizabeth Warren Risk Basket,” filled with stocks to hedge the risk associated with Warren’s policies. And that could very well be what we’re looking at with Bridgewater.