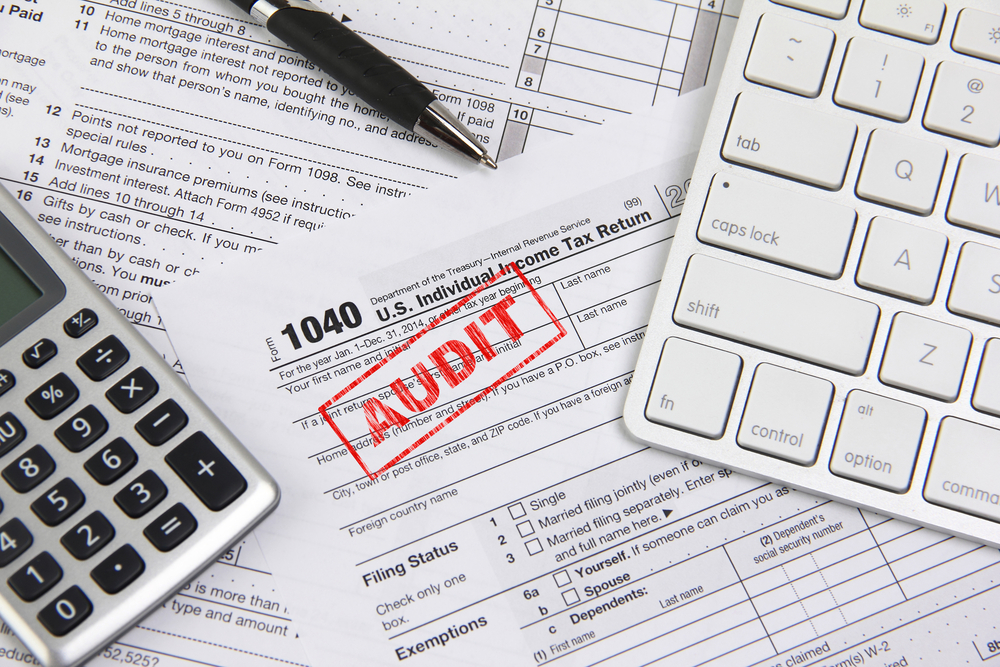 Kathy Gruver’s stomach dropped when she saw the envelopes.

Two small letters from the IRS… one addressed to her, the other to her husband.

They were being audited.

“It was a nightmare,” Kathy told The Street in an interview. “Ten weeks of sleepless nights, enormous piles of paper, and a lot of swearing.”

Kathy and her husband had to go back and comb through an avalanche of files and receipts. Where did they go wrong?

Kathy says she was embarrassed to be audited. But it was the fear and anxiety that made her life a misery.

She would wake up in the middle of the night in a cold sweat.

How much tax would she owe? Would she owe interest on it? Did the IRS think she did this on purpose? Did she unknowingly do something illegal?

In the end, it turned out Kathy had made a simple error in reporting her income.

She paid what was owed and the IRS closed the case. But those three months had been hell for her and her husband.

And since they were audited and caught making an error, they are now far more likely to be audited again in the future. After all, the IRS likes to keep tabs on the folks who make “mistakes” on their tax returns.

It’s true that some folks who are audited are randomly selected by the IRS. But there are some strategies that will severely reduce the chance of an audit.

Use these tips this tax season and keep the tax man off your doorstep.

Messy handwriting is a big red flag for IRS agents.

If your handwriting is unreadable, it’s going to make their job reading and processing your form lot harder. And they could very well take their frustration out on you with an audit.

Keep your writing neat and tidy so your form is easy to read.

In fact, why not remove the human element altogether and simply…

Filing your return online “can dramatically reduce errors” and lower the chance of an audit.

According to the IRS, written returns are 20 times more likely to have mistakes than e-filed returns. And these days, there are a whole bunch of third-party websites where you can easily file your taxes.

Turbotax, H&R Block, and TaxAct all have free versions for basic W-2 filings, with affordable options for more involved filings.

If you use exact figures, you’ll be less likely to be audited.

Rounding up to the nearest ten or hundred might look neat and tidy. But an agent will see that as an immediate red flag.

Technically, you can round off to the dollar, rounding amounts above 50 cents up and below 50 cents down. But why take the chance?

IRS agents are sticklers for detail.

Catch one on a bad day and they may decide that all those blank spaces you left addup to an incomplete form.

Fill in every line. Answer every question. Even if it’s just a dash or a zero.

Maybe Amazon can get away with paying zero taxes. But mom and pop businesses and the self-employed are a prime target for the IRS.

There’s no getting around that, but if you incorporate or form an LLC, you will be far less likely to be audited.

If you’re self-employed, incorporating or forming an LLC will allow you to make more deductions. Just make sure you have receipts for every business deduction you claim.

Messy math is one of the most common triggers for an audit. But it’s also the most preventable.

Use a calculator to double-check your math before submitting. And wait until all your income reports, bank and investment statements and other financial paperwork arrive before starting your tax return.

It’s easy to make mistakes if you try to edit your return after you’ve already adding everything up.

This probably goes without saying, but lying on your tax returns is the quickest way to buy a ticket to audit town.

The IRS now has computers that will automatically pick up discrepancies and potential false filings. For example, most folks making $50,000 don’t donate $25,000 to charity every year. The system would flag this immediately.

Keep the tax man at bay by realistically reporting your income, credits, and deductions.

You can include extra worksheets and forms to explain inconsistencies from previous tax returns.

Changes to your name, income, or dependents might raise a red flag in the IRS computer system. But a human IRS agent can cancel an audit request if you provide enough evidence and explanations to back up the figures.

As I mentioned above, because of random selection, there’s no way to 100% avoid an edit. But if using these strategies will keep you out of the watchful eye of the IRS.

Editor’s note: The strategies you read in Money & Crisis were developed with the help of Jim Rickards, the bestselling author of Currency Wars and The Death of Money.

For a limited time only, Jim is sending readers a FREE copy of his brand-new hardcover book, The Road to Ruin: The Global Elites’ Secret Plan for the Next Financial Crisis.