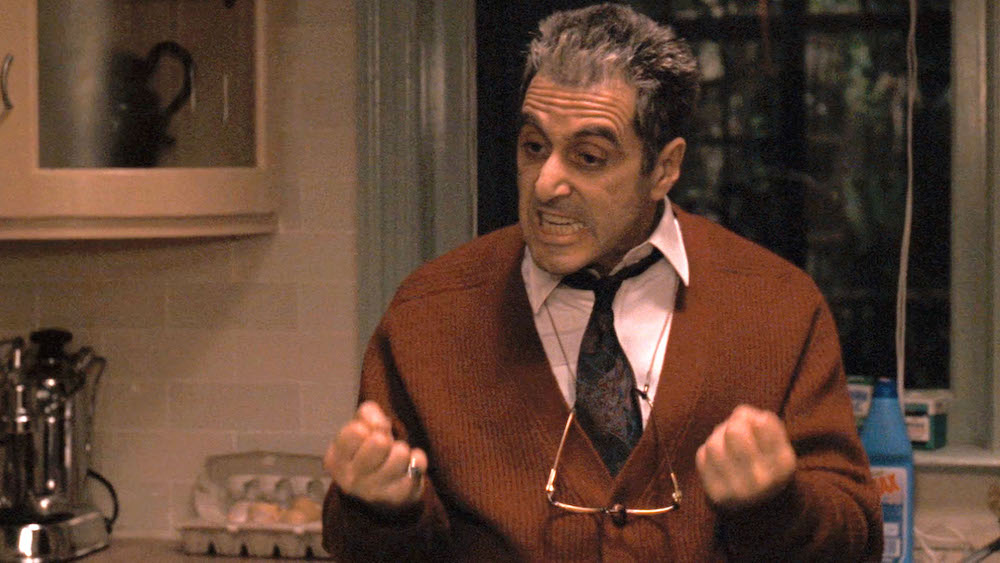 Mueller Will Testify: But Will He Say Anything New?

Governor J.B. Pritzker signed legislation yesterday approving the use of recreational marijuana in the state of Illinois.

(Ed note: The recreational use of marijuana, as defined by the DEA, is “watching six hours of SpongeBob Squarepants and eating a whole thing of Mallomars.)

The law, which will go into full effect on January 1 2020, gives residents of The Sucker State (weird nickname, but okay) the right to buy and hold 30 grams of sticky icky. While non-residents (or non-suckers, I guess?) can hold just 15 grams of the dinky dow. (Because everybody knows out of towners can’t hold their weed.)

According to Chicago’s lawmakers, this legislation isn’t about creating a very chill time for everyone involved. They are trying to hit the rewind button on the 50 years of damage caused by the War on Drugs. (I think we’re going to need a bigger VCR.)

Per the law, 800,000 criminal records will be expunged for those who were caught holding or buying less than 30 grams of weed. And 25% of tax revenue will go to the impoverished communities worst affected by drugs with a further 20% going to substance-abuse treatment programs.

“The war on cannabis has destroyed families, filled prisons with nonviolent offenders, and disproportionately disrupted black and brown communities,” Pritzker said. “Law enforcement across the nation has spent billions of dollars to enforce the criminalization of cannabis, yet its consumption remains widespread.”

Of course, it’s not all about sunshine and puppies and peace on earth. Even after substantial contributions to social programs, Illinois will be raking in hundreds of millions of dollars in extra taxes annually.

Analysts predict weed taxation in Illinois could generate between $800 million to $1 billion in a single year. Governor Pritzker anticipates that dispensary licensing would bring in $170 million in 2020 as potentially hundreds of dispensaries hustle to establish themselves in the recreational market.

Thousands of miles away, deep in the Andes Mountains, another type of marijuana story was developing.

This isn’t about social justice or chill marijuana cafes and weed cookies. This about money, plain and simple.

One of our senior analysts was held up at gunpoint… and stumbled across the biggest stock discovery of his lifetime. (You can see the full story right here.)

Ray believes this marijuana opportunity could go down in history as the biggest stock market gain ever seen and make hundreds of new millionaires starting this Monday, July 1.

Most folks in the mainstream financial media aren’t even aware of this tiny stock yet. But Ray tells me “insiders are rushing in at a rate I’ve never quite seen before.”

Click here now to hear Ray’s incredible story and find out the name of his “stock of a lifetime.”

Beyond Meat (BYND) announced its latest offering in frankenmeats this morning, triggering a surge in premarket trading. 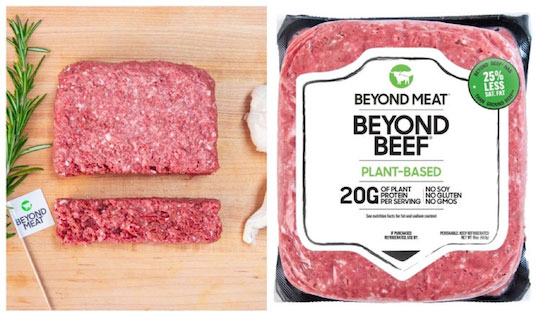 If this “meat” gets any more real looking, we’re going to have to house and feed it.

Shares of Beyond rose 4.3% in pre-market trading, rounding out an outstanding first-month performance as a public company.

Since Beyond IPO’d in May, shares of Beyond Meat (BYND) have shot through the roof, clocking a 502% gain on its $25 public offering. At time of writing, the stock is hovering around $158 per share. (Those are some real, non-plant-based gains.)

Slabs of this fake beef will start hitting real shelves at the end of this week. It’ll be available in Wholefoods (AMZN), Albertsons (ABS), Kroger (KR), and Safeway (SWY).

Are you going to take this test tube meat for a test run? If not, why?

Shoot me an email and we’ll feature the best responses in the comments section below.

Congress Pulls On Mueller’s String — But Does He Have Anything New to Say?

Robert Mueller may not have anything to say to the American public, but Congress would very much like to get that nothing on the record. 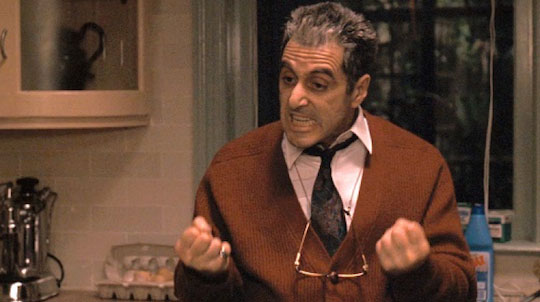 “Just when I thought I was out… they subpoenaed me to testify before the House Judiciary Committee!”

When Mueller handed in his two weeks’ notice, he made it clear that he didn’t want to testify (you gotta put on pants and go up to the Hill. It’s a whole thing). And if he was going to testify he wouldn’t say anything that wasn’t in the report.

“We chose those words carefully, and the work speaks for itself,” said Mueller at the May 29 press conference. “I would not provide information beyond what is already public in any appearance before Congress.”

Mueller may not have anything to say. But this will be the first time Mueller will answer questions since his appointment in 2017 (my sources tell me he even refused to answer baristas when they asked if he wanted room for milk).

Judiciary Committee Chairman Jerrold Nadler believes that asking Mueller these questions will have the “profound effect” of drawing attention to parts of the report the average American hasn’t read (because reading legalese is a pain and Mueller isn’t exactly John Grisham).

“I think just if he says what was in the report and says it to the American people so they hear it, that will be very, very important,” Nadler told reporters Wednesday. “Whether he goes further than that, we’ll see.”

President Trump was up at the crack of dawn to give his two cents on the decision:

Every time you hear about a major hack, it’s usually because some ding dong didn’t do something they were supposed to. (No judgment. We all have moments of ding and dong from time to time.)

They either neglected a crucial antivirus update, clicked a link they shouldn’t have (usually magic wiener pills), or just gave out their password to someone who asked for it.

But sometimes you are going to get hacked and there is nothing you can do about it.

Boston-based cybersecurity firm Cybereason just released the results of an investigation tracking a China-based hacker group known as Operation Soft Cell. (Not to be confused with Operation Soft Serve, a Michigan-based group campaigning for more areas to eat ice cream outside. This one isn’t a joke.)

According to Cybereason’s researchers, hackers had infiltrated 10 cell providers around the world. Once they were in the network, they were then able to access metadata from individual phone users, including GPS location data.

That’s right. Chinese hackers were able to track individual phone users, despite never having access to their physical phone.

“That metadata is sometimes more important than the contents of what you’re saying,” Amit Serper, the firm’s principal security researcher, told Wired. “It allows an intelligence service to build a whole picture of you: who you’re talking to, who are your peers and coworkers, when do you wake up and go to bed, where you work, what your route to work looks like. These are valuable pieces of information.

To protect its clients (and business interests, of course), Cybereason refused to name the cell providers or any of the individuals who are hacked.

But we do know that one cell provider lost GBs of data, all related to tracking just 20 users. Which in all likelihood means that those individuals were specifically targeted and tracked by the Chinese government.

Cybereason first discovered evidence of the breach last year. And its researchers were able to date back the first intrusion to 2017. Meaning this has been happening, without anyone noticing, for two whole years.

This only serves to underscore the huge part cybersecurity is going to play in the next decade, in our personal lives and in national defense.

A millennial bank robber goes on a crime spree in Israel: 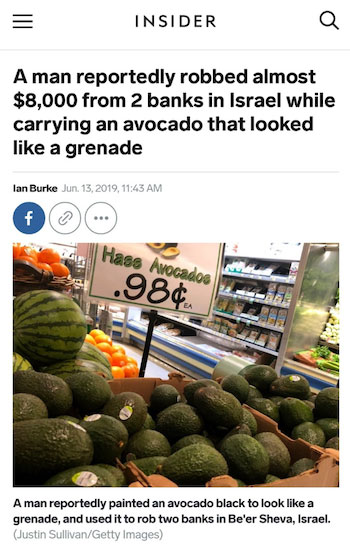 Yesterday, I asked you if you’d live in Google’s data-driven Utopia with hot bike lanes and round the clock surveillance. Your response was unanimous:

Sounds like a financial nightmare. Maybe they should call it Googlezilla, because it will become a dinosaur before it gets built. — Al J.

(Ed note: This is an extract from a longer piece we didn’t have room for.) The data collection alone would make it a no-go. I realized that our data is already being collected, but this is another level. It’s stressful to have to second guess everything you do online. It’s disconcerting to have companies assume, for example, that you have every disease you happen to research online. — Anne D.

You wouldn’t believe the kind of crazy stuff I have to google for this job, Anne. If Google were to put it all together it would be the profile of a very strange individual indeed. (Which is only partially true.)