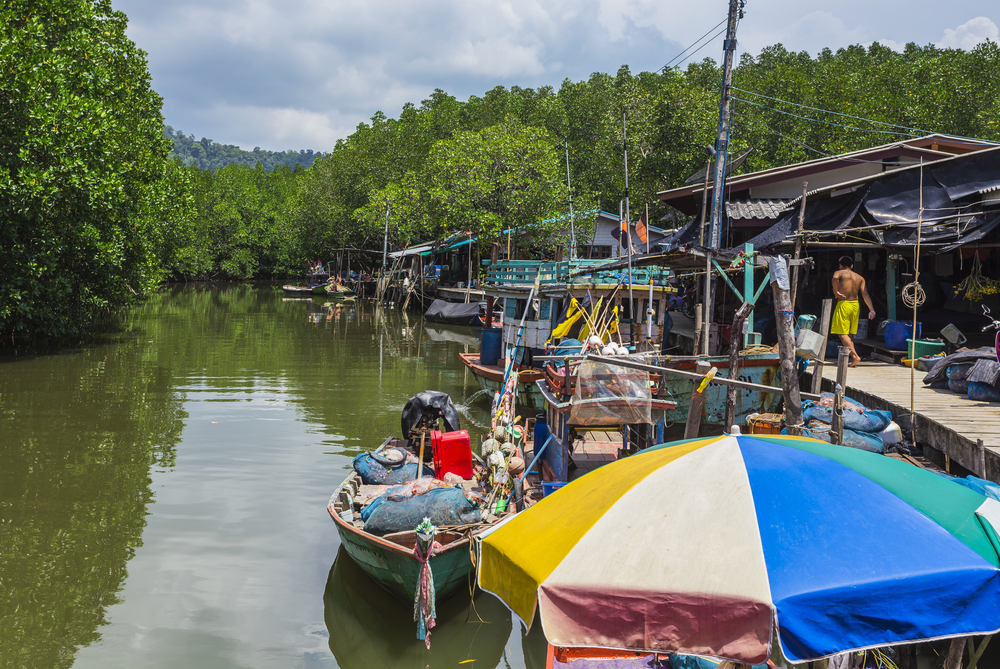 Are you sick of letting others decide who will direct your life? Fed up with being tied to the fate of the U.S. dollar? Tired of arguing about the semantics of freedom? Ready to just get on with it already?

The only way to see liberty in your lifetime, we say, is to help create it.

(There have been many epic fails, too, so, of course, tread carefully.)

Plenty of people have decided to vote with their feet in the name of living a life of their choosing — and no one else’s.

Sometimes individually. And other times in movements.

In the United States, there is, as one popular example, the Free State Project in New Hampshire.

There are also potential free states like Liberland nestled between Croatia and Serbia, Liberstad in Norway, Pedra Branca in Brazil, Lavasa and Gurgaon in India, and many more.

This idea of “freedom zones” or private cities is not limited to just hypothetical internet forum conversations, either…

The thought is beginning to hit the main stage.

Rand Paul has pitched his Economic Freedom Zones, areas of reduced taxation, in the United States. Others have called for “free haven” refugee cities to solve the refugee crisis. Paul Romer made a case for “charter cities” across the world in his TED talk.

Today, another project, this time in Southeast Asia, has caught our attention.

Long-time sufferers of Laissez Faire Today know I have a soft spot for the Land of Smiles. Which is what makes this potential project all the more appealing — and potentially worth a look in the near future. (Even if it’s just a good excuse to go back to SE Asia.)

It’s called Mu Aye Pu, a settlement between the borders of Thailand and Burma.

Fortunately, the fine people of Liberty International interviewed the pioneers of this project, Kurt Hanson and Nigel Grier.

Check out what they have to say about the potential for a “free city” in Mu Aye Pu below.

A New Free City Near Thailand

Question: What is Mu Aye Pu?

Kurt Hanson: Mu Aye Pu is a new settlement set up by the Karen people of Burma. It is situated on the banks of the Moei River, which forms the border between Thailand and Burma. Now that the war is over, the community is growing as Karen refugees trickle back from camps in Thailand. At present 300 people live at Mu Aye Pu, but our planned community will be home to 100,000 people. The area is blessed with plenty of fresh water and fertile agricultural land to support a large population,

Nigel Grier: Also, its next door to the huge market of Thailand and just north of the booming border town of Mae Sot, which will soon have a major east-west highway build by ADB and international airport which will further drive growth in the area. So MAP is in a great location for development and to do business in.

Question: Why is Mu Aye Pu an ideal place for this community?

KH: Mu Aye Pu is in a unique position in that it is in the autonomous Karen area. The Karen settled the region of eastern Burma some 1,000 years ago having migrated from Mongolia to find a new home there. I recommend the book The Art of Not Being Governed by James Scott, which brilliantly explains how and why the Karen chose to remain stateless. The Karen prove that you can live and thrive without a state. Or, for a shorter read, I recommend this excellent paper by Edward Peter Stringham, Evidence from upland: Evidence from Upland Southeast Asia

I’ve been involved in the free cities movement for quite some time and have studied it in depth, searching high and low for a piece of real-estate that can be the home for a free city, but no other place on the planet offers what Mu Aye Pu offers — it is an ideal place to set up a free city as there is no central government to contend with.

NG: Mu Aye Pu is strategically located in an inaccessible area to Burma/Myanmar but serviced by the Thai Highway network. It is ideally located to be a standalone city taking advantage of Thai infrastructure but with Burmese living and manufacturing costs. A significant arbitrage for early investors.

Question: How does security work in Mu Aye Pu?

KH: First of all the, the Karen are very peaceful people, crime is almost non-existent. I feel totally safe when I visit. But once the community grows, and non-Karen take up residence there, we will implement security similar to what you would find at a resort hotel, we will have something akin to mall cops and not the predatory thugs with badges that you find in most countries. Residents will be seen as valued customers and will be treated as such.

NG: Security is improving all the time and its remote location to the Burmese capital, protected by a rugged & inaccessible mountain range and close proximity to the Thai border means it’s ideally located to develop without too many geopolitical interruptions.

Question: When do you think this project will likely see fruit?

KH: We are in the early stage now with the development of a guest house at Mu Aye Pu. So I hope your readers will come stay at the Mu Aye Pu guest house in the near future.

For the larger project, we are raising $250,000 to complete the Surveying & Master planning of the city area. Karen Enterprises will establish Mu Aye Pu Development Corporation (MAP-DC) in Singapore as the investment vehicle. Once the master plan is in place we will commence construction. Anyone interested in learning more please email us at invest@karen-state.com

NG: Development Master plan to be completed in December 2017 to allow infrastructure development in early 2018.

Question: Why are you interested in building this community?

KH: It is my lifelong goal to establish a community where people can live free and happy without state coercion. The works of Spencer MacCallum and his theory of the entrepreneurial community have heavily influenced me. This a video explains this exciting concept, Spencer MacCallum: Enterprise of Community – YouTube

But more importantly, the Karen have just come out of 70 years of conflict with the Burmese and it is time for them to build their economy, and I want to help them. They have suffered for so long, but we can fast track them to a cutting-edge economy of the 21st century with the new city concept called rubanization developed by the visionary Singaporean architect, Mr. Tay Kheng Soon, we can turn this into an amazing model for development.

Using the innovative approach of Soon and Nigel, the city will be self-contained with all utilities sourced on site. The operating system for the community will be like that of a resort hotel where residents will be treated as valued customers. I hope to adopt the lease that Spencer MacCallum developed for the Somali Freeport. PDF A Proposed Master-Lease Form for a Somali Freeport-Clan

In brief, Mu Aye Pu will offer a non-political method for maintaining social cooperation and peace.

Question: Are there other similar communities, and where can I find more information?

We will start a newsletter to keep people updated on progress. Anyone interested in learning more or who are interested in investing, please email us at invest@karen-state.com