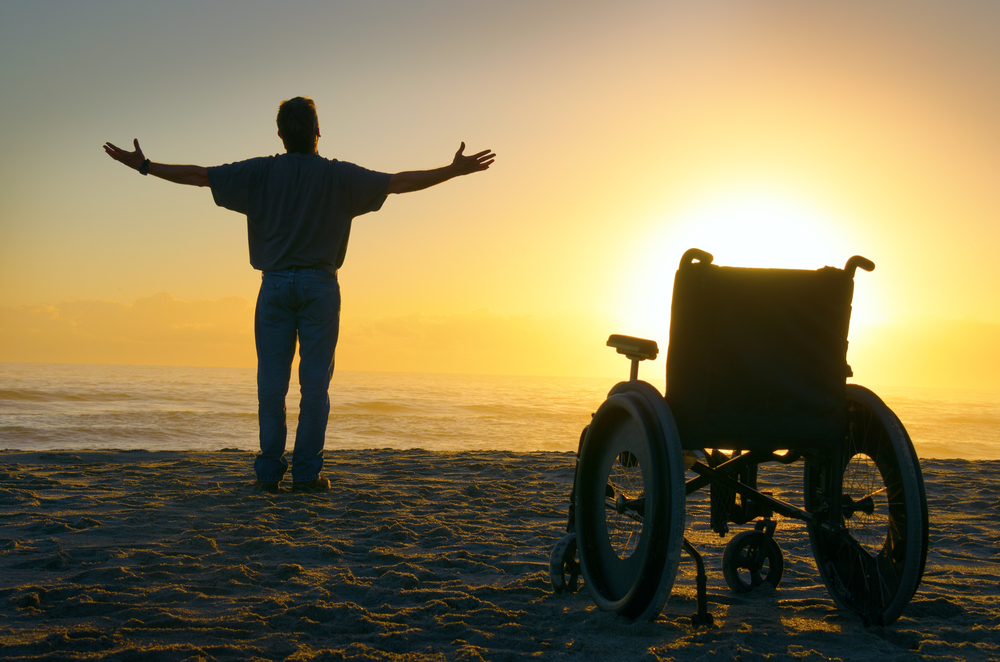 Miracles Are Real: “We’re entering a new era for mankind”

In hard times, it’s not rare to hear a loved one or a friend asking for a miracle.

Whether it comes from the bedside of a sick or dying loved one… from overtop a stack of bills on the kitchen table… from a front porch, looking out at a dry and foodless field… from within a corporate building, inches away from the secretary’s desk, moments before a job interview, a week away from insolvency… from the couch at midnight, desperately clinging onto a seemingly failing marriage…

People often feel as if it would take a miracle in order for some things to work out. In other words, it would take something to happen which would defy all odds — a meaningful coincidence — to quell our troubles.

Which inevitably brings them, and all of us, to the all-important quandary: Are miracles real? Do meaningful coincidences exist?

And the answer, it seems, is it depends on how you look at it.

Going deeper down the rabbit hole, though, Carl Jung spilled a lot of ink on what he called “synchronicities,” which, he explained, were “temporally coincident occurrences of acausal events.”

Absent the jargon, a synchronicity is simply a “meaningful coincidence.”

If you pay attention, Jung, the psyche master observed, these synchronicities can be seen happening around us all of the time.

Jung illustrated what he meant by synchronicity in a personal anecdote about one of his patients.

This patient, he said, was caught in her monkey mind and his work with her had hit a wall. She was stuck, he described, in a prison of her own mental making. There was nothing he could do.

“I had to confine myself,” he wrote in his journal, “to the hope that something unexpected and irrational would turn up, something that would burst the intellectual retort in which she had sealed herself.”

One day, during a session, this patient was telling Jung about a dream she had the night before where someone handed her a golden scarab.

The very moment she was describing the dream, they both heard a tapping on the office window. Jung opened up the window and a scarab beetle of a greenish-gold color flew into the room. Jung caught the beetle, handed it to her and said “Here is your scarab.”

After that moment, Jung noted, something was very different about her. She experienced a fundamental shift in perspective. “The treatment,” Jung noted, “could now be continued with satisfactory results.”

Novelist Anne Parrish, an American, was browsing bookstores in Paris in the 1920s. She came upon a book that was one of her favorites as a kid — Jack Frost and Other Stories. She showed it to her husband, telling him how much she loved it as a child.

Her husband took it, flipped it open mindlessly and on the flyleaf, to his shock, he found this inscription: “Anne Parrish, 209 N. Weber Street, Colorado Springs.”

It was Anne’s book.

Yes, these are meaningful coincidences. Would they be considered miracles, though?

Well, that’s up to you to decide.

It was Albert Einstein who (possibly) said: “There are only two ways to live your life. One is as though nothing is a miracle. The other is as though everything is.”

Just a few weeks ago, two colleagues of mine, Jose Vilchez-Azcona and Aaron Gentzler, traveled across the U.S. to investigate what they see as a complete miracle of science.

They are part of a team of investigators which have been looking into this miracle for 2.5 years now. And, finally, everything is coming to a head.

During their travels, they met several people who believe this miracle will revolutionize the way medicine is practiced. And very soon.

“We’re entering a new era for mankind,” one scientist told them. “You know, they say the darkest hour is just before dawn. But now we’re seeing the sun rise.”

They’ve decided to immediately go public with what they’ve found, long before the national news catches on. And, after seeing it for myself, I happily said I’d spread the message.

This miracle is simple, but profound: Your body holds the cure for everything that could possibly go wrong.

And how this was discovered, they say, is a meaningful coincidence in itself.

And since their beat is catching trends before anyone else, they want to show you how to take advantage of this coincidence before the pundits start blasting this miracle over the airwaves. (Which is certainly coming.)

Pay attention. Surrender your troubles to the odds. Embrace the miracles.

[Ed. note: If you want to see some of the footage they shot of this miracle made manifest, listen to these stories of two young men who were given their lives back. Yes, via a series of meaningful coincidences.]

And it’s not the amount of Executive Orders signed by the end of 2016.

It’s the number of days the oldest living American has been alive.

These 41,610 days of life grant Ms. Adele Dunlap of New Jersey membership into the most exclusive club in the history of humankind: “the supercentenarian club.” Minimum qualifying age: 110 years.

Despite the revolving door of presidents she’s witnessed, there’s been one constant throughout Ms. Adele’s life span: the power of regular individuals with extraordinary odds to drive humankind forward with the help of technological breakthroughs.

That was the case the week after Ms. Adele’s first birthday — December 17, 1903. That’s when two brothers from Dayton, Ohio did the impossible: they made man fly.

And they did so without university degrees or the $70,000 grant the federal government had given Dr. Samuel Langley of the Smithsonian Institution to attempt the same feat.

Against these odds, the two brothers made history by inventing, building, and flying the first airplane. By the time Ms. Adele was a teenager, the aviation revolution was in full flight.

Commercial flights on winged airplanes would give humans a new view of the world and unleash one of the largest waves of opportunity and prosperity during Ms. Adele’s teenage years and into her adulthood.

But that wasn’t the only invention that would change the world during Ms. Adele’s lifetime.

On July 15, 1908 – after two failures and only $223.65 in the company checkbook – Henry Ford sold the first Model-T, defying the odds and creating a product that would take man off the horse-drawn carriage and put America on the road to progress.

By the time Ms. Adele was in her 20s, Ford would become the world’s first self-made billionaire creating an unimaginable wave of wealth for him and his investors.

Up to this point, it would have been extremely difficult for someone like Ms. Adele to claim a piece of the wealth that was generated in her lifetime.

That would all change with the following invention and the revolution that would ensue thanks to a man from Iowa….

Robert Noyce would become known as “the Mayor of Silicon Valley” following his creation of the silicon chip that would be included inside nearly every computer in the world to this day.

Until these breakthroughs in information technology, it was extremely difficult for someone like Ms. Adele to learn about the progress of humanity and the wealth that was available in the advent of technologies created by Ford or the Wright Brothers.

Regular investors wouldn’t hear about the most important news in the markets until after the professionals in Wall Street had their fill. They would have to wait to read the news in the “extra” sections that were added to the newspapers.

The problem, of course, was that by the time the “news” got to regular investors outside Wall Street, all that was left were stale, left-over bread crumbs.

Today, thanks to this information revolution, you can learn about the innovators of our time and their breakthroughs and stake your claim — ahead of the crowds.

Which brings me to why I’m writing you today.

Over the last 2.5 years, I’ve been working behind the scenes with a team of analysts to bring you the tech stories of tomorrow – before they hit the news — so you’re not left picking up the crumbs.

A few weeks ago I travelled to Silicon Valley as the last part of a special investigation. And today, after all this time, we’re ready to pull back the curtain on what has been the most expensive, and longest running investigation in Agora Financial history.

Today, I’m ready to share those findings with you.

This is inside the story access that Ms. Adele or her family could not have accessed when Henry Ford rolled the first Model T off the assembly line setting off the automotive revolution.

Today, the biggest wealth story of your, my, and Ms. Adele’s lifetime is set to change lives… and fortunes… if you move fast enough.