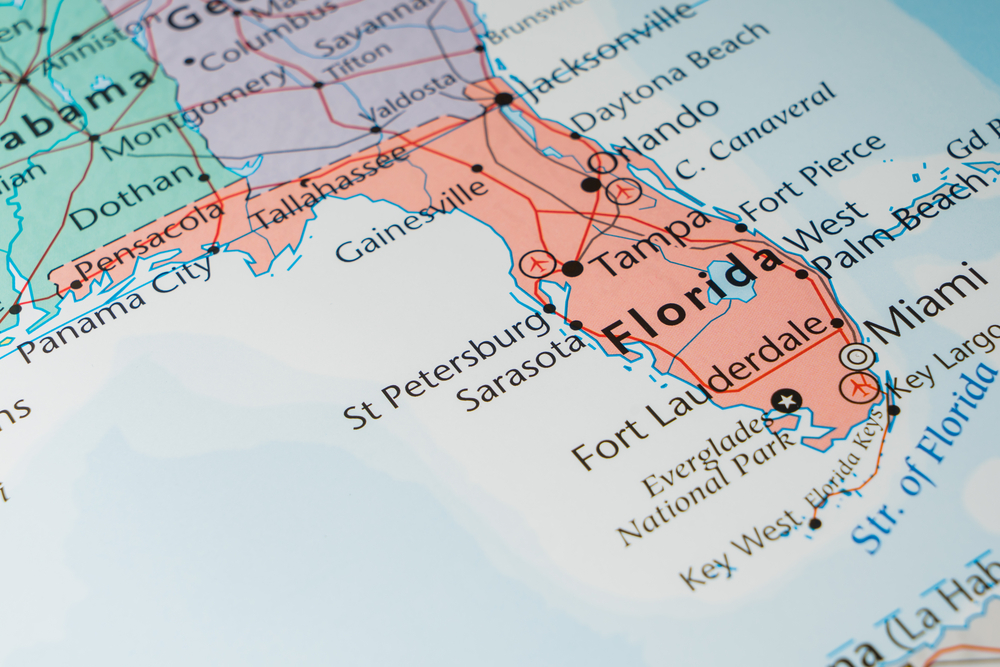 Michael TAKES DOWN THE GRID

The city on St. Andrews Bay was directly in the path of the devastating Hurricane Michael, which carved a brutal path of destruction through the panhandle and Georgia yesterday.

“It’s very hard to explain,” a member of the Cajun Navy rescue group told CNN. “The only way I can explain it, through my eyeballs, is a Third World country war zone.” 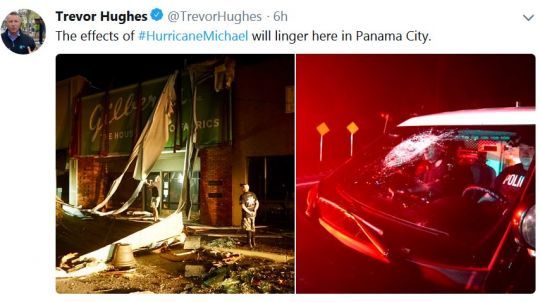 Experts originally predicted Hurricane Michael would be just a heavy Cat 3 hurricane. But just hours before it made landfall yesterday afternoon, it became obvious that this was no Cat 3 storm.

With winds of 155 mph, Michael is the strongest hurricane to hit the Florida panhandle ever and the third strongest storm in U.S. history.

And while Florida is no stranger to destructive hurricanes, the devastation left in the wake of Michael is on a scale unlike anything Floridians have ever seen before. In an interview with CNN, Florida Sen. Marco Rubio said that the power grid itself had been destroyed.

So far, two people have been reported dead, including an 11-year-old girl in southwest Georgia. But rescuers say it’s likely they will find more bodies in the ruins of buildings littered around the state.

Today, Floridians have the unenviable task of returning to their ruined homes and businesses… and starting to rebuild.

But even though the worst of the rain and wind has passed, going home will be a dangerous slog.

Below is a breakdown of the most dangerous pitfalls when returning home after a hurricane and how to avoid them.

Beware of Contaminated Food and Water: Throw out any food that may have been contaminated by flood water, as well as any perishables that were left in the fridge during a power outage. Do not use contaminated water to brush your teeth, wash your hands, wash the dishes, or prepare food. Tap water may not be safe for drinking.

Be careful near damaged buildings: Even if a building is still standing, it could still be damaged and unsafe after a hurricane. Make sure a building is safe before going inside. If you hear creaking or unusual noises from your house, leave immediately and call a building inspector.

Turn your electricity off: Turn off your electricity at the main breaker. Never use an electrical device that is wet. Throw it in rice and forget about it for a few days. The rice should absorb most of the moisture.

Snuff out the candles: Flammable debris and potential gas leaks make candles a risky choice after a hurricane. Use a flashlight instead.

Don’t poison yourself: If you plan to use grills, stoves, or a generator while your power is down, use them outdoors and away from your windows. The fumes are toxic and will be deadly without the proper ventilation.

Watch out for fallen power lines: If you spot a downed power line, don’t touch it. Call the electric company and let them deal with it. Keep an eye out for damaged lines that might be hanging overhead.

Stop Mold: Air out rooms and clean with disinfectant to prevent the spread of mold.

If you’re on the ground floor in Florida, Georgia or the Carolinas, we’d like to hear from you. What’s it like down there on the front lines? What challenges have you faced? Did any of your prep come in handy? Click here to email me and let me know.

P.S. James Altucher’s latest income-building strategy can help you build your emergency fund fast. This simple technique can be used to yank $3,000 out of the stock market every month. Click here and he’ll show you how to do it yourself. Don’t delay. You only have until midnight Sunday to take him up on his offer.