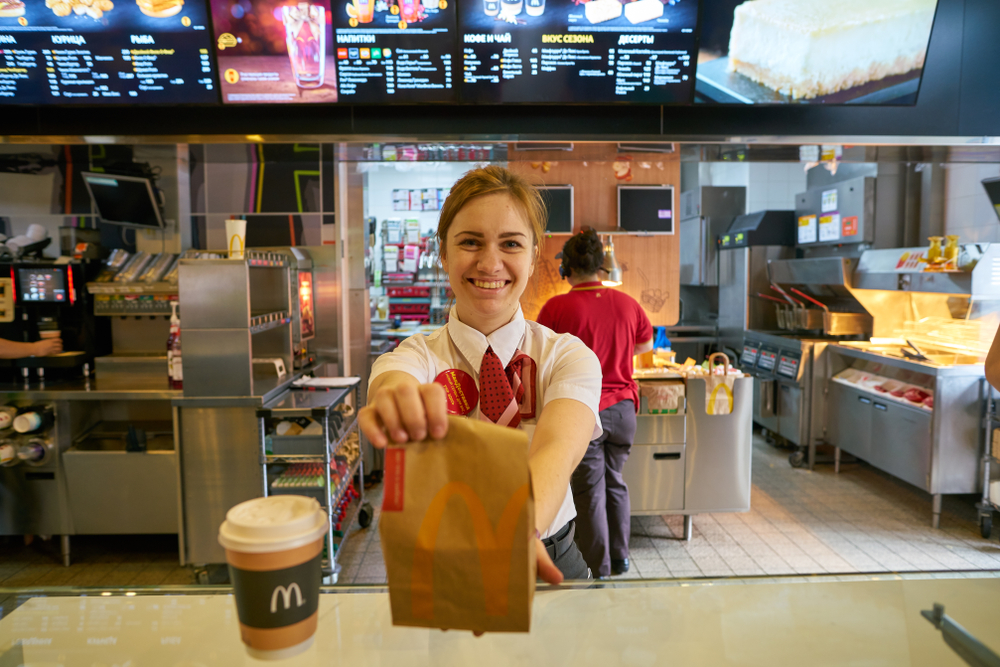 One step forward, two steps back into the meat grinder.

British PM Boris Johnson has made some tentative steps towards dragging his country kicking and screaming out of the EU, with the first successful vote on a Brexit deal since this raging dumpster fire started in 2016.

Lawmakers voted 329-299 to implement the substance of the Brexit deal Johnson struck with the EU last week. Yet, only moments after this small victory, Parliament rejected the small windswept man’s proposal to ram through the bill in just three short days.

Johnson is desperate to fast-track the bill in order to fulfill the only campaign promise he’s made since becoming prime minister: removing Britain from the EU by October 31.

Say what you will about Johnson’s complete disregard for the British economy, he will not have the specter of Brexit hanging over trick-or-treating. (And I for one can’t wait to see all the “Sexy Boris Johnson” costumes.)

Members of Parliament have voiced their concern that three days is not enough time to review and scrutinize the 115-page bill. Usually, major bills will take months to review as lawmakers work through the bill line-by-line. (One simple mistake and you could accidentally legalize weed.)

MP Caroline Lucas pointed out that Parliament had more time to debate a bill that affected 19 animals than Johnson proposed for a bill that will decide the future of 65 million people:

Johnson’s deal with the EU addresses some of the major concerns of Brexit in broad strokes.

The bill includes measures to keep an open border between Northern Ireland and the Republic of Ireland (which is key to not having that area explode). And it preserves the right of the U.K. and EU citizens currently living and working in each other’s territories to keep doing what they’re doing.

However, MPs are concerned that the details of how exactly these broad-stroke proposals will work has been omitted from the deal. (Because Johnson hasn’t really thought about it that much.)

Little Boris has begrudgingly asked the EU to extend the deadline for Brexit to January 31 in order to debate, scrutinize, and amend the bill.

Should the EU grant his extension (which he does not want), Johnson will not be able to meet his spooky Halloween deadline.

EU Commission President Donald Tusk gets a huge kick out of giving Boris exactly what he asks for (but doesn’t want).

Johnson expressed some optimism following the votes yesterday (though with British folk it’s sometimes hard to tell), marking the day as the first time Parliament has ever agreed on something Brexit-related.

“For the first time in this long saga this House has actually accepted its responsibilities together, come together, and embraced a deal,” said Johnson. “One way or another we will leave the EU with this deal to which this House has just given its assent.”

Still, the Little Boris That Could remains adamant that Brexit is somehow going to happen in the next nine days, and said the government would “accelerate” preparations for a no-deal outcome.

Old Micky D’s served up some hard-to-swallow numbers to investors, as the world’s most ubiquitous burger chain missed Wall Street profit estimates for the first time in two years.

In 2019, the spooky specter of he-e-e-e-e-ealthier o-o-o-options looms large over the fast-food industry. Some folks have adapted by sprucing up their menus with veggie options, while others have rebelled by pushing the envelope to as close to selling heart attacks as is legally possible.

McDonald’s has scrambled to boost declining foot traffic by remodeling 14,000 U.S. locations to try to create an environment that doesn’t make you question all the choices that led you to this point in your life when you cross the threshold.

The company has also invested heavily in modernizing its restaurants with Silicon Valley tech including delivery apps; digital ordering kiosks to limit interaction with employees as much as possible; and menu AI that’s designed to trick you into buying that apple pie you weren’t planning on getting but seems like a really good idea right now.

All those forward-looking investments saddled the House of Ronald with a 2% rise in operating costs, leading to lower-than-expected profits. McDonald’s posted a profit of $2.11 per share versus an average estimate of $2.21 from Wall Street analysts.

“The world is different than it was in 1955,” said CEO Steve Easterbrook, who just recently learned about the Civil Rights movement.

“We’re keenly aware we have to be ahead of these changes, investing, executing and growing with a deep sense of urgency and purpose.”

Shares of McDonald’s Corp. declined 5.04% in yesterday’s session and continued to fall when the markets opened this morning. 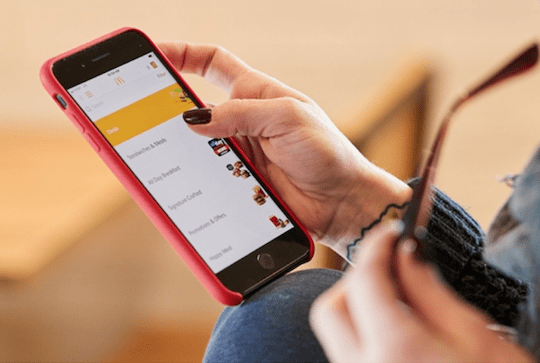 If only we could go back to 1955 when burgers were burgers and polio was polio.

When Chuck was simply the eldest son of a New Jersey farmer who joined the Air Force to serve his country, no one ever thought he would one day be the heavyweight trading champion of the world.

But the thing about Air Force pilots is… you just can’t keep them grounded for long.

Even after he stopped flying and started getting banned from trading competitions for winning too much… (yes, you read that correctly).

He continued to use his proprietary 3-step trading strategy — the same one he used to win all of those competitions — to amass $3.7 million in real portfolio profits in the last 5 years alone.

And he’s going to show you every detail of his trading system — step by step — during a special free online event on October 30 at 1 p.m. Eastern.

Just click the button below and we’ll send you all the details.

“We Don’t Want to Con Anyone,” Says Man Who Charges $50k to Make it Rain

A consumer watchdog in Australia has accused a “controversial inventor” of preying on vulnerable farmers by charging them for rain.

Here, David Miles of Miles Research has been selling his “weather modification technology” which he claims to be a system for creating rain where otherwise there would be none.

Miles, who my legal team would like me to stress is definitely not a conman (wink), offers three-month rain contracts to farmers for $50k on a “success basis”.

Basically, if it happens to rain, for any reason, money pours into Miles’s bank account. If the grain belt gets 100mm of rain by the end of June, the farmers pay the “controversial inventor” $50k. If the region only gets 50mm, they pay $25k.

The Competition and Consumer Commission has warned against doing business with Miles but says it’s powerless to stop him. (Or at the very least, it would take some effort and that sounds like a big ole hassle, mate.)

“If you wanted to prosecute a court requires you to prove essentially that there’s no basis for the claims being made and that is a very difficult thing to do.

“By far the very best defence against them is widespread consumer education. It’s up to individuals obviously to make their own mind up. If it sounds too good to be true it probably is.”

The “controversial inventor” refuses to reveal how the rainmaking process works, saying he fears the government will weaponize it if he does. (TREMBLE BEFORE MY TERRIBLE MACHINE THAT CREATES 100MM OF RAINFALL, OR 50MM SOMETIMES, OR YOUR MONEY BACK IF IT DOESN’T.)

Or it could just be there’s nothing to reveal.

In one section of his website (which has since been deleted) he claimed the technology uses “electromagnetic scalar waves” to create rain.

“Electromagnetic scalar waves don’t exist,” University of Melbourne associate professor of physics Martin Sevior told ABC Radio. “There’s no such thing. He’s taken a few words and put them together and made them sound somewhat scientific but it’s meaningless.”

What do you think? Has doctor Miles tapped a heretofore unknown rain dance technology? Or is he taking advantage of a regulatory loophole to scam vulnerable farmers?

Click here to send us an email and we’ll feature the top comments in the readers’ comments section.

The Housing Market is Unbalanced

The U.S. housing market stalled in September, as rising prices and low availability create a sluggish market with few choices for home buyers.

Sales had been rising steadily in July and August, giving hope that low mortgage rates and more homes available had given a much needed shot in the arm to the market.

And it had. Except that shot was filled with a light opioid or something that just makes you want to take a big ole nap.

In September, potential home buyers were turned off by rising costs and the sharply declining availability of homes.

According to the National Association of Realtors, the supply of homes has declined by 2.7% since January 2018. While the median cost of a previously owned home rose to $272,100, 5.9% from last year.

This means young couples (or singles or thruples or whatever you’re working with these days) are being shown an increasingly expensive and smaller selection of homes.

And when those folks decide to stay in their old pads with paper-thin walls for a few more months or even years, they remove their home from the market and further decrease the variety and number of homes available.

“You can sit there and go, ‘Oh my god, look how low mortgage rates are.’” Tom Lawler, founder of Lawler Economic and Housing Consulting, told the Wall Street Journal. “But then you go, ‘Look how high home prices are.”

Economists had hoped the rising housing market would prop up the slowing economy long enough to give it time to recover (or just, you know, make as much dough on the stock market as possible before it all comes crashing down around our ears).

However, the market may not have been the pillar of fortitude that Wall Street assumed it was after two months of growth.

As Lawrence Yun, NAR’s chief economist told the WSJ, with high prices and low inventory, the current state of the housing market is “an unbalanced situation.”