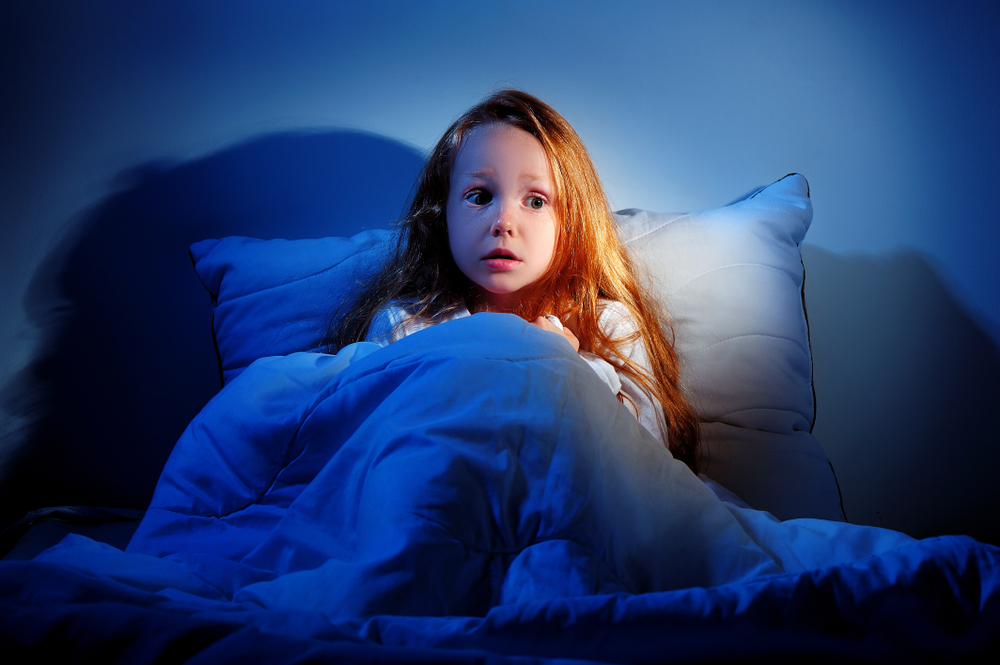 When we were children, our fears were simple.

Monsters under the bed. Ghosts in the closet. A tree branch tapping on your bedroom window.

These kind of fears were very real to us as kids. But compared to the fears of a parent… a household provider living with a disability… or an elderly couple with no retirement savings…

And eventually, we’d just kind of grow out of these fears. Without ever having reckoned with why we were afraid in the first place.

The result is that, as a people, we were never properly taught to properly deal with our fears.

Some folks carry around those fears with them every day. They push them down like they were taught. They let them compound and grow, twisting their guts with stress and anxiety.

Brandon Webb is not one of those people.

But more than anything, Brandon is a master of his own fear.

In today’s issue of Money & Crisis, James Altucher sits down with Brandon and runs through his four steps to mastering any fear.

I’m not ashamed to admit that I’m running through these steps this very moment… as I prepare to spend the holidays with the in-laws.

P.S. Don’t let fear keep you from achieving your dreams. Check out James’s new book, the Side Hustle Bible. In it, James reveals 177 six-figure income opportunities to earn passive paychecks for the rest of your life — including 10 ways to make two grand in the next 48 hours. Click here to reserve your free copy, now.

I remember the thing that scared me the most.

It was knowing I wouldn’t be there in the middle of the night when my kids were having a nightmare.

It almost incapacitated me.

Now my kids are older. One’s in college.

But when I was going through my divorce, I realized I’d never be with my kids the same way again. And the facts lead to fears.

I’m scared of something new all the time. And I wanted to learn a better way to deal with it.

So I started studying a new process from my friend Brandon Webb. He talks about using fear as fuel. “Tension is energy,” he says.

Brandon is a Navy SEAL. He’s experienced some of the most terrifying, life-threatening situations you can imagine. He’s also been through a divorce. So I like talking to him about that. And he also runs his own business (a media-to-commerce called the Hurricane Group).

He’s not getting shot at anymore. But he still has to deal with fear: business fears, family fears, money fears, etc.

“Fear is something we’re going to live with for the rest of our lives,” he said.

So I had him break down his process from his new book, Mastering Fear: A Navy SEAL’s Guide.

This is what I learned:

1. Decision: Come to the decision of dealing with the fear

I used to have a fear of public speaking.

First, I had to become aware of it (that’s a precursor to “making the decision”).

Then I decided to pursue it. Public speaking was something I wanted to get good at. Same as comedy. I didn’t just say, “I wish this fear would go away” or “I wish I was good at…”

It wasn’t easy because I hate confrontation. And it was almost like I had to confront myself. But after I did that, it became a process, which leads to step two.

I’ll give you an example.

When Brandon was training to be a Navy SEAL, he was put in simulations. Not virtual reality. Real-life practice.

It felt real, which allowed him to have a focus and a concentration that he could use later when he really needed it.

Now, not everyone is going to set time to rehearse getting over their fear. And I think that’s the difference, for me, between staying afraid and entering into a process of recovering.

This is NOT step one.

So many people talk about “surrender” as if that’s easy to do.

That’s why I like the steps in Brandon’s book. Because they tell you to work your way up to letting go. Not to do it overnight. And it doesn’t make you feel like you’re any less capable if you can’t let go right away. It just means you’re human.

Brandon said, “There are so many people who end up in these miserable relationships, they’re in these careers where they thought at one point, ‘I’m going to be a doctor or a lawyer and make all this money,’ then they do and they’re absolutely miserable. And they just won’t let go.”

He compared this to having a “fixed mindset” versus an “open mindset.”

“Not too long ago, you were a kook to think that the world was anything other than flat. So when I translate that to fear, I tell the story of the jungle training where they show you how to trap monkeys.”

This sounds crazy, but keep reading.

“And how you trap a monkey in the Philippines is you dig a hole, you put something of value to you in there. In this case, it was a coconut. You put sticks in the hole so then the monkey sticks his hand in, grabs the coconut, but he can’t pull it out.”

This is where it gets relatable…

This is my favorite step. Because it reminds me of one of my favorite books, Man’s Search for Meaning by Viktor Frankl.

He survived one of the worst concentration camps in WWII when other people didn’t. And it’s because he used this mindset of remembering what matters.

The premise of Brandon’s book is really powerful.

It’s not about conquering the fear. It’s about using that fear to even be more powerful. Like an alchemy.

Maybe if I had Brandon’s book back when I was getting divorced, I would’ve had the same fear. But it’d be watered down. Because I’d remember that the truth behind that fear was that I wanted to be a good dad.

P.S. Don’t let fear stop you from making your fortune. Claim your free copy of James’s The Side Hustle Bible and discover 177 six-figure income opportunities to earn passive paychecks for the rest of your life. Click here to reserve your copy before it’s too late.