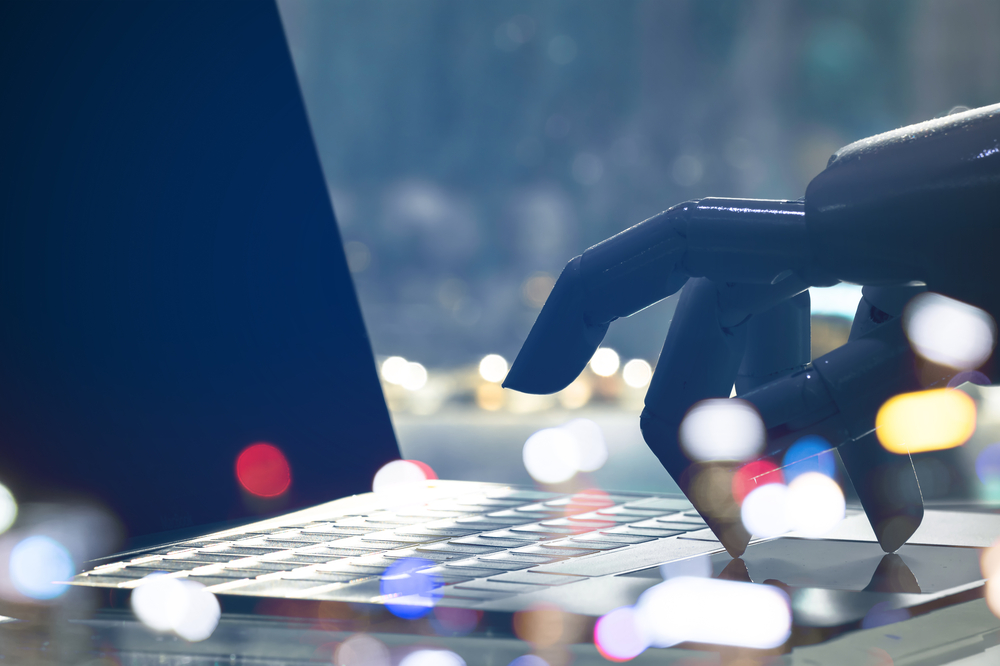 Nobody had any idea what was going on. All the while, behind the scenes, electronic trades were made faster than any human could.

Black Monday was a perfect storm of a few different economic factors. But chief among them, and what we’re going to be discussing today, was the robots.

Computerized trading, known back then as program trading, was used by big institutional firms to make huge automatic trades whenever certain market conditions were met.

As the stock market started to tumble on Black Monday, these computer programs began to automatically liquate stocks across the board. Of course, this only pushed prices lower, triggering more liquidations and dragging the markets into a downward spiral.

Experts called it a once in a lifetime disruption. But, as Jim Rickards points out in today’s issue of Money & Crisis, today’s markets are even more complex. And we could very well be looking at a new Black Monday on the horizon.

P.S. After more than a decade of secrets, Jim Rickards has revealed the incredible secret behind his predictions.

After 9/11, Jim was involved with developing a special tool while working with the U.S. government. This powerful tool, known as Project Prophesy, can predict surprising political and economic events before they happen.

The Robots Are Coming For Your Money

You might not realize that over 90% of the New York Stock Exchange and other exchange trading is done by robots, not people.

These are not just electronic order matching systems for individual trades; those have been around since the 1990s. These are actual robots that make the trading decisions and decide when to enter trades with no human intervention at all.

These robots work off of large databases and use artificial intelligence (AI) to decide when to act. The AI is fed by news scanners that look for keywords in particular sequences to interpret the news. This keyword scanning and automated order entry work at microsecond speeds — much faster than any human could possibly read the news and decide what to do.

This is why markets seem to overshoot in both directions. All of the robots read the same news at the same time and react the same way. The result is a rush and crush to buy or sell without any humans who are smart enough to sell into strength or buy into weakness to mitigate the damage.

As if that’s not bad enough, a new experiment reveals that automation has just become a lot more dangerous. Not only do the robots read and act on their own, but they’ve begun communicating with each other.

Researchers at Italy’s University of Bologna created two separate learning-based pricing algorithms and ran a controlled experiment. The researchers discovered that the two independent algorithms began feeding off each other’s behavior. This resulting feedback loop drove prices higher than they would have been if either of the two algorithms operated alone. But they could also drive prices lower.

This is what the researchers concluded from the experiment:

What is most worrying is that the algorithms leave no trace of concerted action. They learn to collude purely by trial and error, with no prior knowledge of the environment in which they operate, without communicating with one another and without being specifically designed or instructed to collude.

This experiment dealt specifically with retail pricing, but the same issue applies to stock trading.

The robots are colluding and acting like a gang to push markets around. This amplifies their power and their “deep learning” algorithms reinforce this behavior so you get more of it with the passage of time.

These new automated trading algorithms like high-frequency trading techniques used in stock markets could add to liquidity in normal times but the liquidity could disappear instantly in times of market stress. And when the catalyst is triggered and panic commences, impersonal dynamics take on a life of their own.

Sudden, unexpected crashes that seem to emerge from nowhere are entirely consistent with the predictions of complexity theory. In complex dynamic systems such as capital markets, risk is an exponential function of system scale. Increasing market scale correlates with exponentially larger market collapses.

This will all likely end in a one-way flash crash where there is mass selling, no buying and no way out of the abyss. Or to use a slightly different metaphor, the market crash will be like a runaway train with no brakes.

The Man Who Sees the Future

This past September, Marko Kolanovic, global head of quantitative and derivatives strategy at JPMorgan, even argued that a crash caused by electronic trading could result in social upheaval the country has not seen since 1968.

He describes how under certain conditions, an initial sell-off could trigger a mass exodus by lightning-fast computers. It would soon spread through pension funds, retirement accounts, etc.

For his many accurate forecasts, Kolanovic has been nicknamed “The Man Who Sees the Market Future.”

Interestingly, Kolanovic is a theoretical physicist, not a traditional economist. So he regards markets from a different perspective than typical economists. I use similar scientific approaches in my analysis, such as complexity theory, Bayesian statistical inference, and behavioral psychology.

I developed these models working with top applied mathematicians and physicists at places like the Los Alamos National Laboratory and the Applied Physics Laboratory. (Go here to learn more).

The conditions are in place for a major machine-induced flash crash. That type of automated trading algorithm was at least partly responsible for 1987’s “Black Monday,” when the Dow plunged 22.6% in a day.

Today’s markets are even more complex. And sudden, unexpected crashes that seem to emerge from nowhere are entirely consistent with the predictions of complexity theory.

But you can’t wait for the shock to occur because by then it will be too late. You won’t be able to get your money out of the market in time because it’ll be a mad rush to the exits.

The solution for investors is to have some assets outside the traditional markets and outside the banking system.

(Click here to find out how he does it… before it’s too late.)