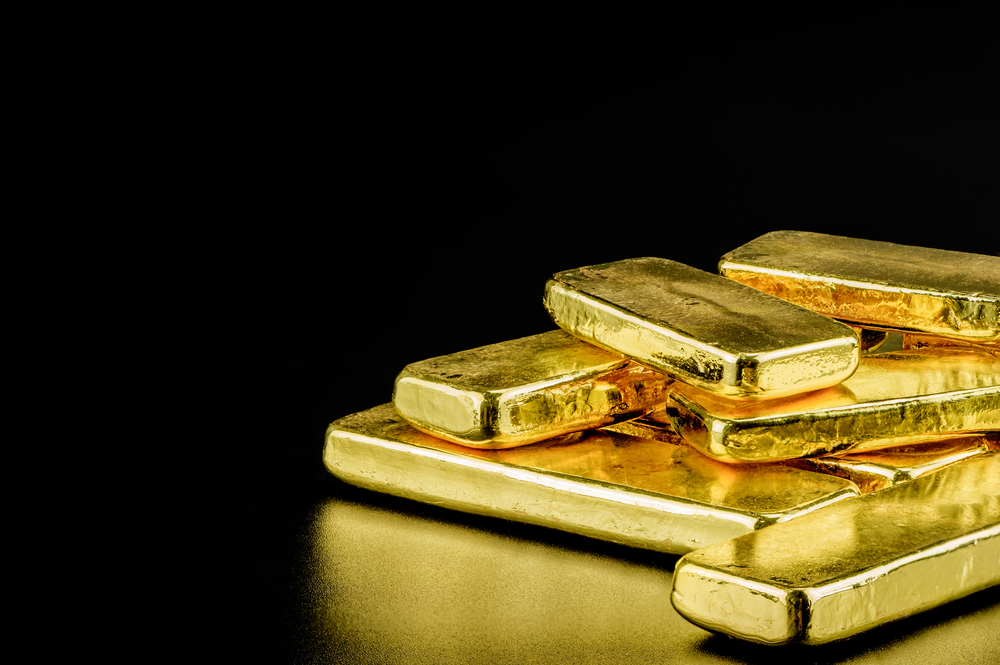 Lyft played a rousing game of good-news/bad-news with its investors last night, causing the stock to fluctuate wildly in the after-hours trading.

Shares of the take-me-home-I’m-drunk app (LYFT) surged 11% when the company reported a 72% jump in sales over the same quarter last year. Quarterly revenue shot up to $867.3 million, blasting analysts’ estimates of $809 million out of the water.

But alas, nothing good lasts forever. Or even for a couple of hours in this case.

Lyft also disclosed an SEC filing that would bring a premature end to the post-IPO “lockup period” — allowing Lyft insiders to unload their stocks a month early.

The lock-up period will now end on Aug. 19 instead of Sept. 24, when 257.6 million insider shares will be greenlit for trading.

Investors gave a collective “what was that now?” and heavy selling ate up almost all of those after-hours gains. But the post-trading day magic carpet ride wasn’t over yet. 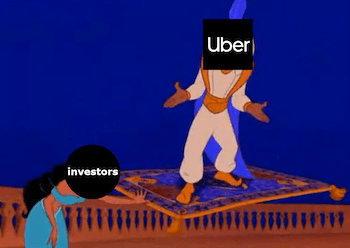 If you vomit on the magic carpet, you will be fined $150 and have your account suspended.

Lyft topped off the good-news/bad-news sandwich with an announcement that the price war with Uber was finally leveling off. (Thank god this terrible war is finally over. How many people had to die/enjoy rock-bottom pricing on convenient and comfortable transport?)

With that in mind (and about 5,000 layoffs the company would rather you didn’t pay any attention to), Lyft hiked its full-year revenue guidance from between $3.275 billion and $3.3 billion to between $3.47 billion and $3.5 billion.

Lyft’s stock (LYFT) jumped more than 8% in the morning trade. It’s since pared off some of those gains but is still up more than 4% for the day. Uber’s stock (UBER) was boosted by the news of the end of the price war (it’s time bring our boys in the Toyota Priuses home) and is up more than 6% at time writing.

Of course, none of this means that Lyft, or Uber for that matter, are magically profitable.

Both companies are still hemorrhaging money like rubes at a grifting convention, with Lyft banking a loss of $644.2 million. And investors should have major concerns about Lyft’s inability to hold onto execs for more than a few months.

Though maybe that’s due to human beings not being able to work in a cold open-plan dystopia carved out of an abandoned warehouse. (I don’t care if you have nitro on tap, Dara. I want to see the outside!)

Central banks in three separate countries cut rates in an attempt to shore up their economies against potential fallout from the devolving U.S.-China trade war.

(You know, I’m starting to forget what it was like to not be in a trade war with China. Was I always this grumpy and hungry?)

Experts predicted cuts in New Zealand and India, but Thailand’s monetary action came as some surprise. (Coming to a cinema near you: Monetary Action! Critics are calling it Schwarzenegger’s “driest” and “most confusing” role to date.)

This is Thailand’s first rate reduction since Bobby Durst belched his way to a murder confession on premier television (2015, *burp*). Thailand exports to both the U.S. and China and a weaker baht will keep it competitive if China tanks its currency.

Investors sold currencies from all three countries, weakening their value against the American dollar. And according to our geopolitical analyst Graham Summers, this is about to set off a chain reaction of currency volatility.

“Which means your central bank will have to intervene in your currency to ensure that it’s not too strong.”

So, for example, let’s say the European Central Bank devalues the Euro, the U.S. dollar will rise. This will force the Fed to intervene to devalue the U.S. dollar.

“What’s truly amazing,” says Graham, “is that same relationship plays out for every major currency: the Yen, the Australian Dollar, the British Pound, the Swiss Franc, etc.

“All of these currencies are being impacted by their trading partners engaging in interventions through their respective central banks.”

Graham says that can only mean one thing: volatility.

If you know what you’re doing, volatility can be a trader’s best friend. And with the right system, you can turn this kind of environment into a cash-generating machine.

With that in mind, Graham has spent the last six months developing a system for trading central bank interventions.

If you’re interested in seeing these kinds of returns, all you have to do is CLICK HERE NOW.

Gold Bathes in the Blood of its Enemies

The safe-haven commodity has since sunk back down to about $1495.43 an ounce, as the markets slowly recover from Monday’s bloodbath in the global markets. (Come on down to Bloodbath & Beyond, where absolutely everything in the world is on sale.)

Despite this morning’s slouch, gold is up almost 16% this year and about $100 in the last week alone.

Now, as a safe haven investment, gold tends to do well when everything else is a raging dumpster fire. But with the exception of Monday’s sharp drop, the economy appears to be doing well.

So, what’s got this pretty little metal all riled up?

Like that friend who seems to have to have just the most perfect life on Facebook, the U.S. economy technically fits all the traditional models of a healthy economy.

But a number of key aspects under the hood are not behaving like we’d expect in a healthy economy. (And I don’t care if you have a boat and all your hair, David, nobody can love life that much.)

And that’s got folks worried.

As Tom di Galoma of Seaport Global Holdings told Bloomberg, “a U.S. recession is an 80% probability.”

Throw in anxiety over a slowdown in global economic growth and a trade war that’s going to get worse before it gets any better (buy your Christmas socks now, folks) and you’ve got a perfect recipe for $2,000 gold.

Mike Burnik, editor of Wealth Watch, has been pounding this drum since this start of the year. But he says it’s not too late to jump on the yellow train to hedge town. (Jeez, my metaphor machine is really acting up this week. I gotta take it into the shop this weekend.)

“Throughout 2019 I have tried to pound home a very important message,” says Mike. “Buy physical gold. Gold is racing higher as we speak and is a perfect store of wealth when the world appears to be on fire.”

“I’m just as bullish on the yellow metal and think $2,000 is very reachable this year.”

Bankruptcies Are Through the Roof

Despite a record-low unemployment rate, the number of jobs cut in the U.S. due to bankruptcy is skyrocketing.

According to a report by Challenger, Gray & Christmas (an outplacement firm and probably the bad guys in those Hallmark movies that only moms can see), 42,937 jobs were lost to bankruptcy in the first seven months of 2019, up 40% on the same period last year and 20% higher than all bankruptcy-related job losses last year.

“It is the highest seven-month total since 2009 when 50,258 cuts due to bankruptcy were announced,” says to the report. “In fact, it is higher than the annual totals for bankruptcy cuts every year since 2009.”

Yep. You heard that right. They invoked the dreaded specter of the ghosts of recessions past.

But while there’s plenty of evidence that we’re overdue for a recession, it’s worth noting where these job bankruptcies are coming from.

Almost all of these jobs are disappearing from the retail sector. According to research firm Coresight, more retail stores shuttered their doors in the first seven months of this year than in the entire of 2018.

So while some breathless commentators might take this as a sign of the next recession, it’s far more likely that this is an indicator of online shopping replacing brick-and-mortar businesses as the de facto way of buying stuff.