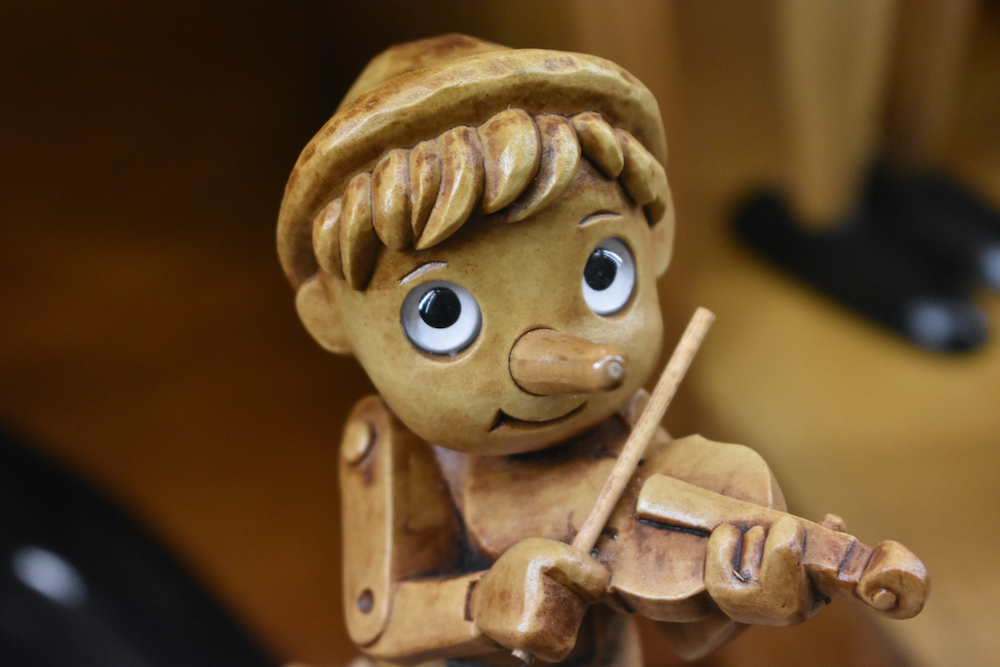 The prodigal $1.42-trillion multinational tech company has returned and investors (who represent the daddy in this metaphor, I guess?) have welcomed the swill-eating pig boy back with open arms.

(Okay, this is maybe not my finest intro but every article’s got to start somehow. Maybe I do need an editor?)

(Hmmm, no. Editors are for cowards.)

Apple posted record revenues yesterday, driven by strong sales of its flagship phone, new services, and $130 earbuds (that you have to buy because their “flagship phone” doesn’t have a hole for regular earbuds).

The pretentious dork factory reported a 9% rise in revenue last quarter to $91.82 billion and a triumphant return to profit growth. Net income for the period rose 11% to $22.24 billion, marking a new company record (and its first quarterly profit increase in more than a year).

The record-breaking profits were driven by growth in both devices and a suite of new services the company furiously established last year to bolster its flagging iPhone sales:

Apple CEO and professional Ellen-impersonator Tim Cook said the company expects the tasty sales growth to continue into the current quarter. But there’s an unexpected bump in the road that threatens to upset the apple cart.

And because I’m in an inescapable hellscape of my own creation where I’m forced to report on the same six things over and over again, that speed bump is the Chinese coronavirus.

To lower foot traffic and help prevent the spread of the virus, Apple has shut one of its Chinese stores and reduced operating hours at others (which, to my poor dumb mind, sounds like a terrible idea because it forces customers to squeeze into the store all together at once).

Famously, the vast majority of Apple’s factories and suppliers are in China. And wouldn’t you know it, there’s a whole bunch right in Wuhan, the quarantined epicenter of the outbreak.

“We do have some suppliers in the Wuhan area. All of the suppliers there are alternate sources and we’re obviously working on mitigation plans to make up any expected production loss,” Cook said.

“We factored our best thinking in the guidance that we provided you. With respect to supply sources that are outside the Wuhan area, the impact is less clear at this time.”

As the stock photo of a middle-aged man says, supply chains for smartphones seem okay for now, even with the Wuhan factories out of commission. But as we’ve been reporting on/freaking out about here, the virus is spreading rapidly in an unpredictable matter.

If the lockdown extends further into February, or even March, and other Chinese factories are forced to shut down, it will choke Apple’s supply chain.

As eMarketer principal analyst Yory Wurmser told Reuters, “Apple is “forecasting a stronger Q2 than analysts predicted, but the fact that the coronavirus is spreading in unpredictable ways in China, where Apple has most of its hardware built, could upset this optimistic forecast.”

Shares of Apple, which have more than doubled over the past year, rose 2.82% this morning as investors remained cautiously optimistic.

Victoria’s Secret Boss in Talks to Sell Brand, Step Down

Leslie Wexner, the billionaire founder of Victoria’s Secret (and suspected financier of Jeffrey Epstein’s dirty dealings), is in talks to step down from his role of CEO as the sexy underwear company explores selling the brand.

The discussions are ongoing and could result in a full or partial sale of the frilly underoo dispensary, according to sources tapped by the Wall Street Journal. (As probable employees of Victoria’s Secret, they know well that what you don’t reveal is often more important than what you do.) 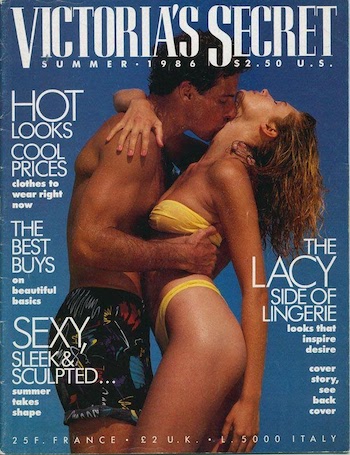 I have nothing to add here. I just saw a chance to post nude hotties in my e-letter and took it.

According to the WSJ’s sources, the company is looking to reach a decision on the potential deal and succession plans in coming weeks.

After 57 years at the helm of a lady’s underwear company, Wexner would be stepping down as the longest-serving CEO of an S&P 500 company. Though the Journal’s sources say he’ll likely stay on as chairman of the board.

Wexner enjoyed a dose of some unwanted limelight last year after the arrest and subsequent suicide of child trafficker and rapist pedophile Jeffrey Epstein. (Do I have to keep saying allegedly now that he’s dead? Maybe just one to be sure. Allegedly.)

Epstein managed Wexner’s wealth for almost two decades. And it’s long been theorized the saucy panty CEO was the source of Epstein’s own wealth. For his part, Wexner says that he didn’t know about Epstein’s “behavior” (trafficking children) and ended their relationship more than 10 years ago.

Shares of Victoria’s Secret parent company L Brands Inc. dropped 29% last year. But the stock rallied as much as 13.60% this morning on the prospect of a sale (and Wexler stepping down as CEO).

The chairman of Harvard University’s chemistry department was arrested on charges of secretly taking millions of dollars in Chinese funding while working for the U.S. government. (Or, in the modern parlance of the times, he was “stepping out on his boo,” the United States of America.)

The criminal complaint alleges Charles Lieber was moonlighting as a researcher for the Chinese government at the same time he was receiving more than $15 million in funding from the Department of Defense and National Health Institute.

As the kids say these days, “Yikes, bro.” (I’m sorry, everyone. I’ve opened the Gen-Zenomicon and now I can’t close it. Gucci, stan, snacc, bruh, glow up, Lizzo, ligmaaaaAAAAAAHHHHH.)

Lieber is a part of China’s “Thousand Talents” program which pays scientists from all over the world to work for the Chinese government in their free time. (Some folks spend their Sundays building birdhouses. Others research cutting-edge weapons tech for foreign interests. No judgment.)

As part of the program, Wuhan University gave Lieber more than $1.5 million to set up a research lab in China. On top of that, the school agreed to pay him a $50,000 monthly salary and $150,000 in annual living expenses. (Man, I gotta get in this program. Do you think China needs an insolent newsletter writer?)

On its own, accepting funding from a foreign interest isn’t illegal. But you do need to mention it if you are receiving taxpayer-supported funding (like working for the Department of Defense).

According to the federal authorities, China’s been using this program to exploit U.S. scientists (like our pal Lieber over here) and gain access to cutting edge U.S. research.

“Failures to disclose the receipt of substantial resources, participation in certain types of programs, and dual employment distort decisions about the appropriate use of taxpayer funds and result in hidden transfers of information, know-how and time,” said Kelvin Droegemeier, director of the White House Office of Science and Technology Policy, in a statement in response.

According to Lieber’s website, he’s currently working to enhance “human performance via brain-machine interface.” (I don’t know enough about the science to say for certain, but that sounds like he’s trying to making Captain Americas. Or maybe some Captain Chinas depending on the money.)

In a separate indictment unsealed yesterday, a researcher at Boston University was charged with failing to disclose that she was a lieutenant in the Chinese military. (It’s funny how spies often forget to disclose that they’re spies in paperwork.) 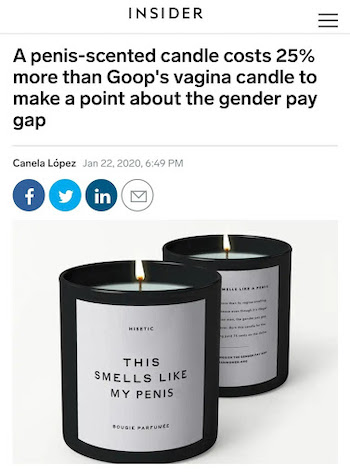 Whoever said truth is stranger than fiction… died, like, 200 years before fake news was invented.

Cause that stuff gets real strange, real fast.

According to a massive social media study, fake news (AKA alternative facts, wonton charlatanry, or dispatches from Lie Town) flies farther and faster on social media than the boring old truth every time.

The study analyzed 126,000 news stories posted on Twitter, almost every major contested story since the launch of the platform. (I’m actually tearing up thinking of a time before Twitter existed.)

And what they found isn’t surprising. Or shocking. Or any other clickbaity word.

On average, stupid sexy lies can reach 1,500 people six times faster than regular old facts. And while this true about every subject, fake news about politics are the fastest, greasiest lies of them all.

“It seems to be pretty clear [from our study] that false information outperforms true information,” Soroush Vosoughi, a data scientist at MIT who has studied fake news since 2013 and led this study. “And that is not just because of bots. It might have something to do with human nature.”

We could speculate all day on humans’ relationship to the truth. (Well, you could. I have a date with a pretentious, very high alcohol beer.)

But the simple “truth” is: the truth is complicated and messy and often couched in addendums and caveats. It can be hard to understand and contradictory at times. And that just ain’t very shareable, folks.

Lies are simple. They just tell you what you want to hear.