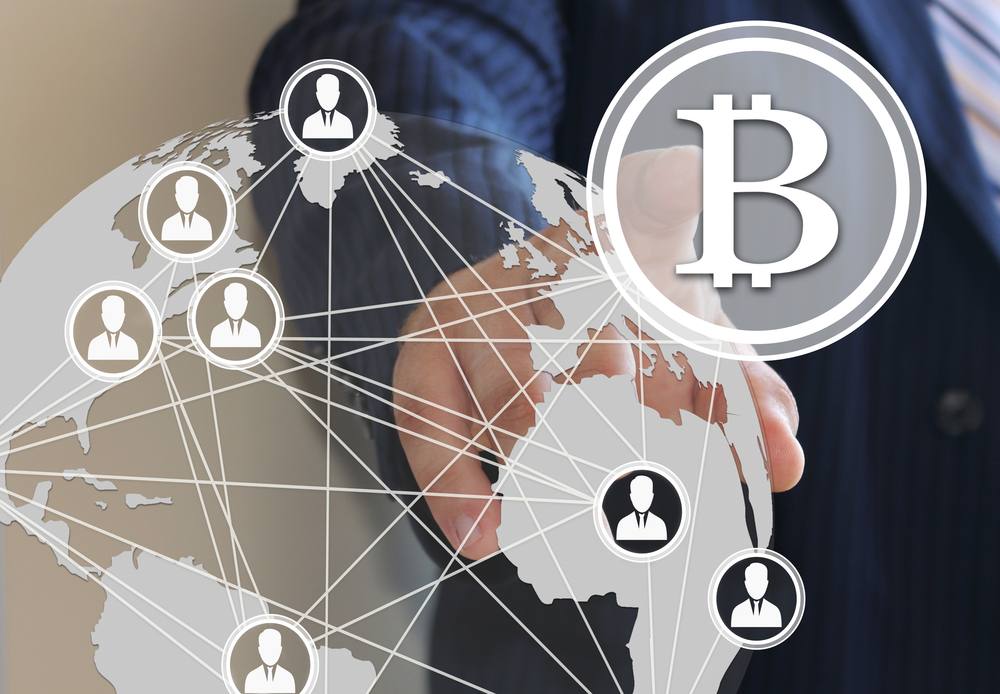 “With the introduction of Blockchain, a disruption of the global banking system is inevitable,” says Bala Venkataraman, global chief technology officer of banking and capital markets for Computer Sciences Corp.

Computer Sciences Corp., if you’re not familiar, is a digital information-technology company whose sister firm, CSRA Inc., runs the IT backbone of the National Security Agency (NSA).

Governments and their cronies, it seems, are beginning to catch on to what bitcoin advocates recognized in its early beginnings. A quick look at the cryptosphere reveals…

3.] The Australian Digital Currency & Commerce Association came up with a self-regulatory code of conduct.

6.] Last month, more than 400 financial investigators from money laundering, cybercrime and financial intelligence units (including Interpol and the Basel Institute on Governance), met up with a slew of experts in asset recovery and other private sector actors at the “Global Conference on Countering Money Laundering and Digital Currencies” in Qatar.

According to the Basel Institute on Governance, the conference “aimed to provide law enforcement agencies and the private sector with the tools and understanding necessary to detect, counter and investigate criminal uses of virtual currencies.”

Meanwhile, other regulators are running into some interesting roadblocks…

North Dakota can’t even decide whether they should study bitcoin regulation, let alone regulate it…

New York City is seeing an exodus of bitcoin-related companies due to its new Bitlicense regulation. (Cue the obligatory gasps of shock and surprise.)

And, best part: In response to a growing regulatory environment, a group of coders and activists (including Cody Wilson, inventor of the world’s first functioning 3D printed gun) have created what they’re calling “Dark Wallet.”

“If the program works as promised,” Wired reports, “it could neuter impending bitcoin regulations that seek to tie individuals’ identities to bitcoin ownership.”

The Financial Crimes Enforcement Network in the U.S., in response, told Wired that they are, “well aware of the many emerging technological efforts designed to subvert financial transparency. It’s certainly our business to be interested and vigilant with respect to any activities that may assist money laundering and other financial crimes.”

And there’s the rub…

On the one hand, governments all over the world see the vast potential of virtual currencies and the blockchains they whizz their electrons on. The Bank of Canada, for example, just unveiled their “Project Jasper,” which is a payment system simulation using blockchain technology. The U.S. government has launched their Congressional Blockchain Congress. And the State Bank of India is working on a “Bankchain” initiative.

On the other hand, the more the governments understand, the more they begin to recognize the implications — namely just how unstoppable this tech could become in the hands of the unwashed masses.

“You can see why governments see this technology as a double-edged sword,” says James Corbett of the Corbett Report. “Wielded for their purposes, it presents a perfect platform for their Big Brother-esque ambition to oversee, manage, track, store and database all interactions between everyone, everywhere, instantaneously and at next-to-no cost. But wielded for free humanity’s purposes, it makes almost every conceivable function of the government as obsolete and nonsensical as horseshoe makers and chimney sweeps are to modern society.

“As a result, at the very same time we see this incredible, snowballing and omnipresent push to regulate bitcoin and other virtual currencies, we are also witnessing an incredible, snowballing and omnipresent interest in the idea of ‘private blockchains,’ distributed databases developed and used by governments, businesses, universities and bankers to cut their own costs and speed up their own transactions.”

If what former Governor of Bank of China L H Li recently said on CCTV is correct, bitcoin has a long, bright (and free) future up ahead: 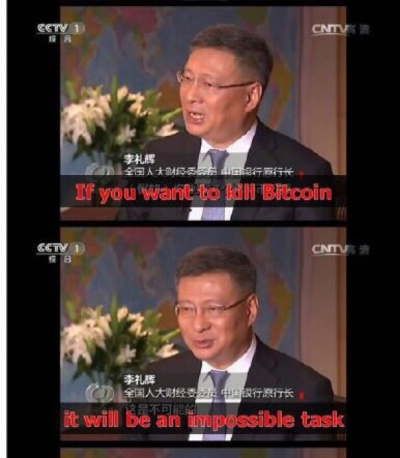 “If you want to kill bitcoin, it will be an impossible task.” 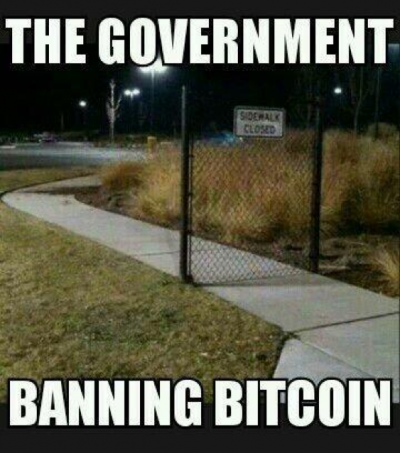 To dig deeper into the existential angst growing within the bulging bladders of the body poli-tick, we invite Brian Doherty of Reason magazine to the show.

Below, Brian will reveal what makes the busybodies so frantic — and why bitcoin might just become as awesome as we hope.

For a half-decade or so, crypto-anarchists, libertarians, and freaks of all varieties of anticipated that bitcoin will upend all the powers and principalities of banking both government and private, credit, and perhaps even the legal system, IP system, rideshare system, and stock market via innovative use of the blockchain technology underlying it.

This week a bunch of federal sources decided to tell Newsweek that they agree, though they are nervous as hell about it, not excited.

The story, by reporter Leah McGrath Goodman, begins with a bizarre and pointless lede about a southern African portmanteau currency made by white nationalists exclusively for whites, that is irrelevant to anything about the story and I’m not sure why it was mentioned at all.

From there, she reports via voices such as Juan Zarate, a senior adviser at Washington think tank Center for Strategic and International Studies; Joshua Baron of the Rand Corporation; Yaya Fanusie, a former counterterrorism analyst for the CIA; Bala Venkataraman, global chief technology officer of banking and capital markets for Computer Sciences Corp; and sources unnamed that:

hundreds of experts inside the nation’s defense and intelligence agencies, as well as private-sector researchers in finance, technology and various think tanks across the country—some of them under contract with the U.S. government—are now investigating how virtual currencies could undermine America’s long-standing ability to disrupt the financial networks of its foes and even permanently upend parts of the global financial system.

“Feature not bug” the cryptoanarchist edge of the bitcoin community—who are clearly becoming a smaller percentage of that relevant community since it’s beginnings—might say. But Zarate lets us know federal law enforcement never wants to lose the ability to cut off its enemies via cutting them off from the legitimate banking system.

The creation of an all-computerized, potentially anonymous, electronic banking system via blockchain makes this harder, and makes the feds upset and nervous.

America’s enemies appear to have far more access in recent years to the kinds of advanced technology and encryption tools that would allow them to potentially design a virtual currency that could circumnavigate the global financial system. “We are seeing a trend toward increasingly sophisticated cyberservices being put into the hands of unsophisticated players,” he says. And while this may be handy for privacy-savvy Americans, it can make it much harder for the government and law enforcement to fight terrorists and criminals, he says.

Baron does not seem to believe bitcoin as it exists will be that all-criminal virtual currency, as “the currency’s publicly visible ledger of transactions is too transparent to attract terrorists, criminals or enemies of the state” in the reporter’s summation. Though Goodman does report that, unsurprisingly, at least one terror propaganda organization, The Ibn Taymiyyah Media Center, accepted bitcoin to fund its efforts.

Venkataraman of “Computer Sciences Corp., a digital information-technology company whose sister firm, CSRA Inc., runs the IT backbone of the National Security Agency (NSA),” told Goodman that “with the introduction of Blockchain, a disruption of the global banking system is inevitable” and “in a cryptocurrency world, you know who becomes the bank?…You and I. You become not just the bank, but the central bank. And that can have enormous ramifications for things like sovereign authority. By 2040, I think we may be fully transitioned over to cryptocurrency. I don’t think anyone can stop it from happening.”

My reporting from when bitcoin’s dollar price first broke $500, in November 2013, with some background on its startlingly quick rise. It leapt above $1,000 for a bit, then dipped considerably but lately has been hovering between $700-800.

Bloombergreports today that bitcoin was your best currency speculation deal for 2016. It “surged 79 percent since the start of 2016 to $778, its highest level since early 2014, data compiled by Bloomberg shows. That’s four times the gains posted by Russia’s ruble and Brazil’s real, the world’s top two hard currencies.”

But its value as a speculative investment vehicle, while potentially life-changing to the smart and well-timed, ought to pale before its value as a world-changer, and forces in the federal government seem to agree.

I reported the other day on the IRS’s attempt to force large bitcoin exchange Coinbase to give up all sorts of customer identification.

Jim Epstein reported from Venezuela in a detailed feature in our January 2017 issue about how bitcoin’s properties give people suffering under stifling socialism at least a hope of a way out.

[Ed. note: This article originally appeared on Reason magazine’s website at this link.]