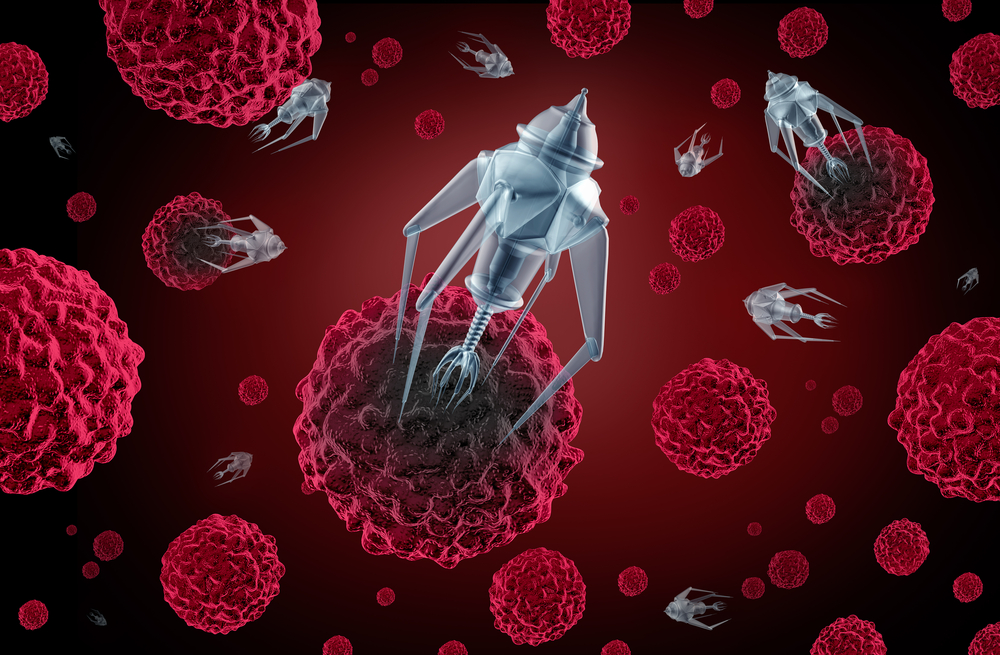 Kill Cancer: Opting Out of Dis-ease

Reporting from an undisclosed location in the USSA…

“Hi, I’m going to opt out,” I told the TSA agent standing in front of the human microwave.

I’ve become used to saying those five words over the past two years. I’ve also gotten used to the strange looks I receive.

I, the black sheep, get to watch from the sidelines as people pile, unquestioningly, into a large body scanning device, hold up their arms and get blasted with radiation.

“Are you saying you want the pat-down?” the TSA agent asked me.

Well, if you’re offering, I’ll take neither, I thought of saying.

I’m bombarded with enough toxins on the day-to-day. No way do I need more radiation in my life. 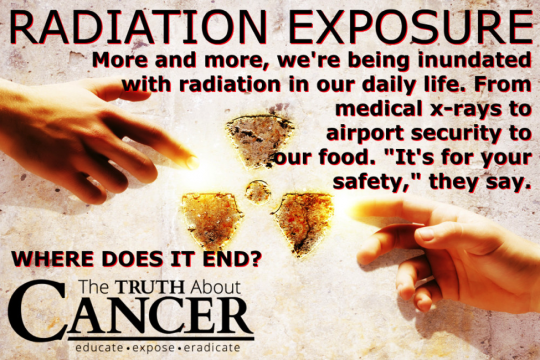 The biggest concern most people seem have about the TSA scans are whether or not some goon can see their breasts or other dangly bits. A legitimate privacy concern, yes. But not quite pointing out the elephant in the room.

The REAL elephant in the room is the possibility that the TSA’s “millimeter wave” technology isn’t as safe as the government lets on.

“What we do know,” writes Ty Bollinger, founder of The Truth About Cancer, “is that millimeter waves, which exist in the 30-300 GHz range, cause ‘multiple biological effects,’ according to another study published the same year in the International Journal of Oncology. Though this study looked specifically at millimeter wave radiation in the context of cancer treatment, the morphological effects demonstrated reveal that this supposedly ‘safe’ form of radiation causes cellular change that inhibit cellular growth.

“Like all other forms of radiation, millimeter waves don’t differentiate between healthy cells and malignant cells. Whatever cells they’re targeted at are the cells they destroy. In the case of concentrated radiation blasts from millimeter wave body scanners, it means every cell on the surface of your body.” 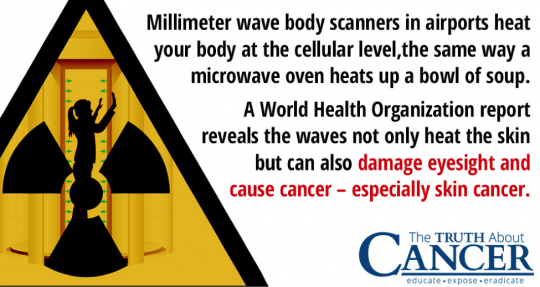 I urge you, please, for the sake of your health, to opt for the pat-down.

Especially if you travel as much as I do. I’ve never stepped foot inside one of those devices in the United States. And I don’t plan on it.

Go ahead, swipe my bits. I’ll take a rubdown any day over a radiation bath.

Which brings us to the topic of the week… cancer.

When it comes down to it, here’s the truth about cancer…

Your lifestyle informs everything. How you eat, sleep, move, and emote is key to living a long, cancer-free existence.

At least, that’s what we discovered last weekend in Grapevine, TX.

As you may know, we spent last weekend at TheTruth About Cancer Symposium.

In short, over 40 brilliant (and extremely brave) health experts revealed what the medical industry and Big Pharma don’t want you to know about cancer and dis-ease.

[Quick note: Although I’ll be revealing some of the Symposium’s BEST secrets all week in these virtual pages, there’s a way  to gain 100% unfettered access to everything the 40+ speakers had to offer over the weekend, right here. Get plugged in and spread the message: Cancer is dead.]

As you might be aware, conventional methods of treating cancer are, to put it mildly, not working. 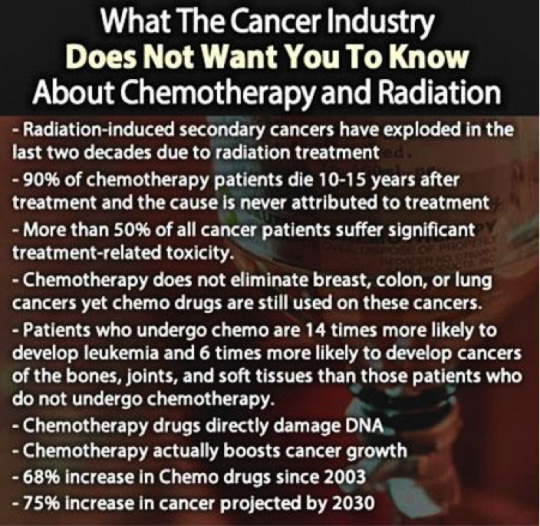 According to new research published in The Lancet Oncology, chemo has killed up to 50% of cancer patients in the hospitals studied. Despite this, many of our health professionals see it as the only viable treatment to cancer.

Fortunately, it seems the truth is poking through. The “cut, poison, burn” paradigm is on its way out. Slowly but surely, health professionals are waking up to the true sickness of the current system.

For those still on the fence, it would be wise to present them with a simple question: If our healthcare system were designed to shape us into healthy, virile beings, why, despite increasingly higher costs, do we keep getting sicker?

Ponder these facts for a moment…

Again, we ask, how is it that we spend $3 trillion each year on healthcare, yet our health keeps getting worse?

It’s clear that something is seriously wrong.

Why is it, for example, that our health practitioners are trained in only treating the symptoms of dis-ease, while never really hacking at the root causes of dis-ease?

Rather, much of the focus is on how to cut, poison or burn the body to oblivion once the dis-ease is already present. Very little of it confronts why dis-ease develops in the first place.

One speaker, Patrick Quillin, in his book Beating Cancer With Nutrition, points out the problem with the current healthcare model in one great analogy: “Fungus grows on the bark of a tree due to favorable conditions of heat, moisture and darkness. You can cut, burn and poison a fungus all you want, but as long as favorable conditions persist, it will return. Similarly, cancer develops in a human when conditions are right. Documented factors that favor tumor formation include toxic burden, immune suppression, malnutrition, mental depression and elevated blood glucose… Unless we correct these cancer inducers, cytotoxic therapies are doomed to failure.”

Unless we treat the causes of cancer (which are lifestyle choices, mind you), rather than just the symptoms, people will just keep getting sicker. 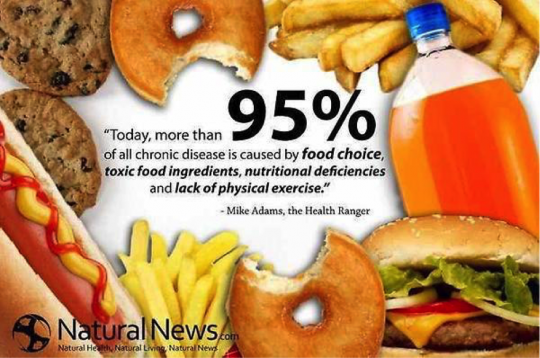 And the truth is, as David Servan-Schreiber, MD, PhD, says in his book Anti-Cancer: “The typical Western diet is fertilizer for cancer.” 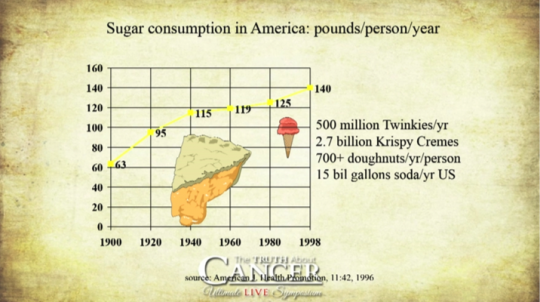 When it comes down to it, there’s very little room for middle-ground when it comes to your diet. Either the food you eat is fighting cancer, or it’s fueling it.

Foods that fuel cancer do so by feeding cancer cells what they need to grow, or by suppressing the immune system from doing its job.

Foods that fight cancer do so by killing cancer cells, balance your PH levels or prevent the spread of cancer. 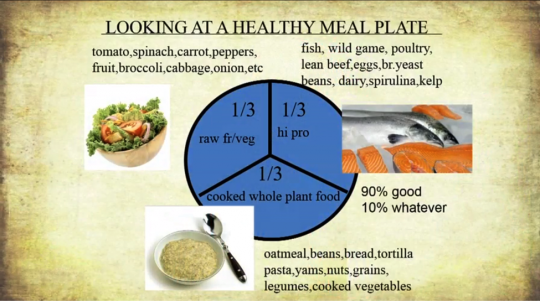 A healthy human body is a self-regulating and self-repairing system. The human body is incredibly complex and knows itself far better than you… or any other health professional… possibly could.

The trick is to give it what it needs to heal itself. 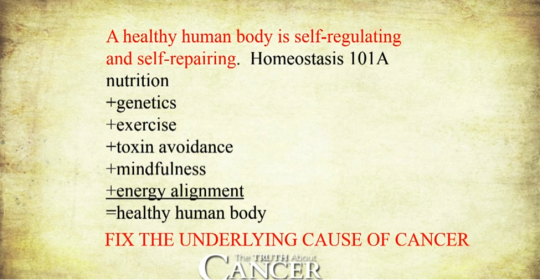 Yes, it’s been said many times before. Diet is important.

But it’s more than that. To be healthy, you need more than just a healthy diet. You need a healthy lifestyle. Which means choosing happiness and health over toxic emotions, food and, yes, people.

It’s your choice. And it’s never too late.

[Ed. note: With over 40 speakers and hours of incredible information, there’s simply too much to cover here in our virtual pages.  If you want access to all of the life-changing information fromThe Truth About Cancer Symposium, simply click here. Maybe you’ll see me. 😉 Tell your friends: Cancer is dead.]