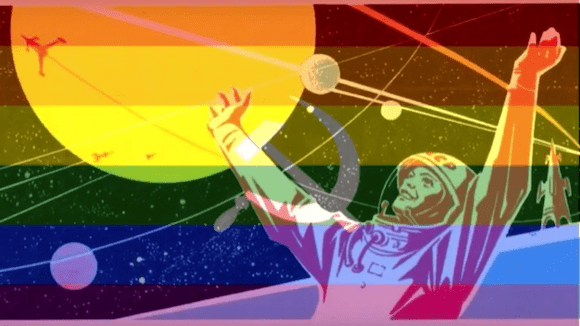 In Defense of Free Stuff

Oscar Wilde once quipped that “To disagree with three-fourths of the British public is one of the first requisites of sanity.”

Here in the Land of the Free… we once only understood this on the level of the intellect.

2020, however, has made it unmistakably visceral.

Yesterday, you’ll recall, we paddled through the thin, drought-ridden ravine of what I’ve come to call Burning Man Economics, or BME.

An increasing number of Americans appear to believe BME… loosely resembling the “gift economy,” a Burning Man staple… is a viable alternative to the free market capitalist economy.

In order to make their point, however, never before in history have we seen such impressively mind-blurring feats of Mental Gymnastics.

First, one is bombarded with an Amanar Vault — a round-off onto the board, a back handspring onto the horse, and then a flip off — with the seductively graceful idea called “Modern Monetary Theory”…

Then, one is regaled with the Yurchenko with a Preflight Twist (and after that, a Maltese Cross!)…

Between backflips, frontflips, and jackflips, one is fed visions of the New Atlantis… a glorious global citadel where the streets are paved with gold because (and for no other reason) everyone receives a weekly Universal Basic Income.

Everything (and I mean everything!) — from camel rides, haircuts, jello shots, avocado toast, and healthcare — will and can be free for the taking.

(If you’re having flashbacks of the Pleasure Island scene in Pinocchio right about now— the one where all the boys turn into braying jackasses — you and I, my friend, are suffering the same wavelength.) 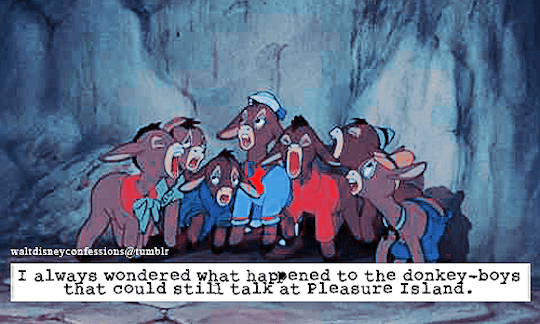 It’s so exciting, so invigorating, the vision so blinding, not a single soul stops to ask… who’s gonna’ make all of this stuff?

Well, not to worry, dear comrade.

We’ve got it all figured out.

This idea is expressed most vehemently, and without even a hint of irony, in the Fully Automated Luxury Communism movement which began with a joke (and became one, too!). 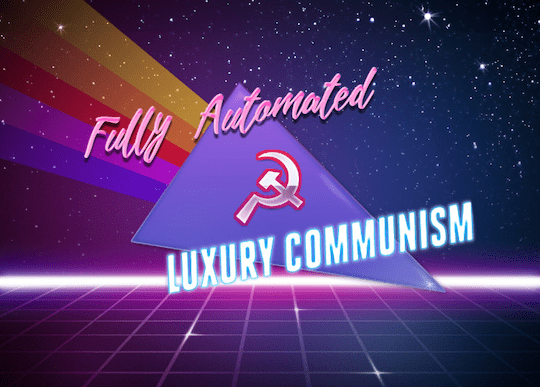 The placard which contained this movement’s motto, “Luxury For All,” was spotted first in a hodgepodge 101-grievance demonstration in Berlin.

It was adopted tongue-in-cheek by a small hive of Marxist-minded individuals who called themselves “Plan C.”

And then (perhaps even for a full three minutes) they pondered its socio-economic implications, had a revelation, saw the way forward… and decided to take it seriously.

By adopting the moniker Luxury For All as their stated goal, they merely revealed themselves for what they truly are:

But as the ancients put it, abusus non tollit usum…

Misuse does not remove use.

“Gift culture,” as said yesterday, is an important staple in any market economy.

Because, if you haven’t figured it out, it’s just a 21st century buzzword for charity.

(New is the well-forgotten old.)

It’s no different than the ancient idea that each individual (who isn’t sleeping in the gutter) has a social responsibility to tithe.

Instead, it’s those who reject the idea that the government has a responsibility to “fix” problems like income inequality through redistributive policies.

As Arthur C. Brooks, a professor at Syracuse University, lays out in his 2007 book, Who Really Cares: The Surprising Truth About Compassionate Conservatism…

People who reject the idea that it’s up to the government to fix inequalities in the economy, said Brooks, give an average of four times more than those who accept the notion.

(They also donate more time and give more blood.)

What’s in a Gift?

“Not surprisingly,” Lewis Hyde writes in his book on gift culture called, The Gift, “people live differently who treat a portion of their wealth as a gift. To begin with, unlike the sale of a commodity, the giving of a gift tends to establish a relationship between the parties involved. Furthermore, when gifts circulate within a group, their commerce leaves a series of interconnected relationships in its wake, and a kind of decentralized cohesiveness emerges.”

But, we say, it’s no replacement for a robust market economy.

Nor are redistributive policies a replacement to the Gift Culture, for the simple fact, among others, that such policies break apart the “decentralized cohesiveness” and the social bonds created by the act of giving and receiving within a community.

Charity can strengthen bonds and provide a social safety net in ways faceless bureaucrats cannot… but a robust economy makes these things possible and provides the opportunities necessary to lift oneself off of the net and become strong and self-sufficient.

(The greatest blessing, after all, would be to be able to gain the means to give back to your community 10 times over.)

“Burning Man Economics” (charity) and the Free Market are symbiotes.

Kick one out and they both fail.

And even more to the point:

As Elon Musk put it recently, which will be the subject of tomorrow’s (explosive!) episode: “If you don’t make stuff, there’s no stuff.”

[Ed. note: The man you’re about to hear from helped save America from a $1.3 trillion banking crisis. He also predicted the Great Recession of 2008… and he predicted Trump’s 2016 election while the mainstream media all curled around Hillary. Now he’s issuing his most urgent warning yet. If he’s right again, I only have two things to say: Buckle up and God bless America… Click here to see all the details of his analysis and decide for yourself if you should protect your family and your wealth.]