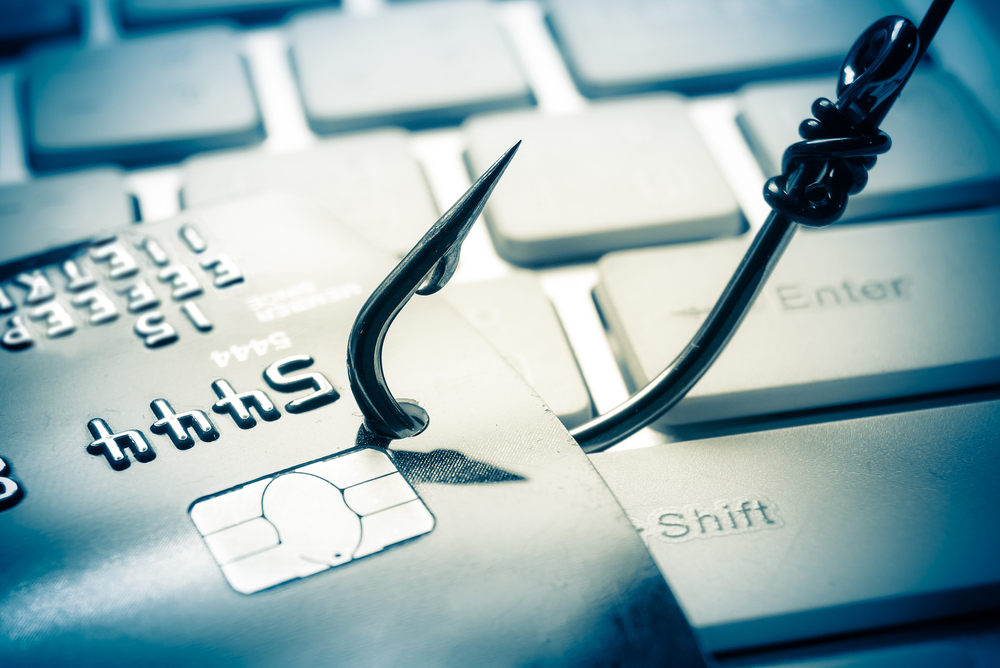 Identity Thieves Are Stealing Thousands of Dollars in YOUR NAME

“I felt like I was drowning,” says retired police officer Paul Anderson.

“My personal information was being used to rack up charges all over town, and there was nothing I could do about it.”

When Paul retired from the police force, he thought his days of hunting criminals were over.

But just two years later, the 67-year-old was personally targeted by an identity thief… and it made his life a living hell.

Using Paul’s personal information, the thief was able to take out multiple credit cards in his name and rack up thousands of dollars in charges.

They transferred money directly out of his bank accounts… took control of his credit… and they even managed to take out a $10,000 loan from his local credit union.

“Every time you’d shut down one scam, two more would pop up,” says Paul. “It was Whac-A-Mole.”

Paul suspected that the culprit might be someone he crossed when he was a cop — maybe a gangster he put in prison or a crook with a personal vendetta.

But with more than 40 years on the force and thousands of arrests, he was looking at a laundry list of suspects and no real evidence.

“I thought it had to be a professional,” says Paul. “Or even a gang of professionals. They knew everything about me. My social. My bank accounts. My mother’s name. I thought they had to be using computers to get all this stuff.”

But Paul’s identity thief wasn’t an old grudge… or a hardened criminal fresh out of the clink… It was his 19-year-old son’s best friend, Tony.

“The kid was a fixture in our house, always coming over for dinner,” says Paul. “He’d been able to get everything he needed by snooping through the kitchen drawers and swiping some mail. My wife still can’t believe it.”

In the end, Tony wasn’t caught by a police investigation or any of the multiple organizations that he defrauded. In fact, Tony was caught almost completely by accident.

At a routine DUI checkpoint, an officer noticed a suspicious pile of IDs on Tony’s passenger seat. On closer inspection, all the IDs had Tony’s picture… while the name on every single card was different.

Tony had stolen more than $50,000 in Paul’s name and hundreds of thousands more from other folks. But had this officer not gone the extra mile during this routine search, Tony would be still pulling this exact con today.

Make no mistake:This guy was definitely no criminal mastermind.

But there’s little in the way of protection for folks who have their identity stolen. In fact, it’s extremely rare for an identity thief to even be prosecuted.

Which is why an increasing number of meth addicts and other criminals are turning away from traditional crime — opting instead for the relative safety of identity theft.

According to the Department of Justice, 16.7 million people in the United States were victims of identity theft in 2017, with losses totaling $16.8 billion.

According to the numbers, folks closer to retirement age are at greater risk of having their identity stolen.

You see, older Americans tend to have better credit and more accounts than most. And they’re less likely to bank online (which makes it more difficult to steal your information).

Eventually all of Paul’s funds were restored. But the real damage when dealing with an identity thief isn’t financial.

“They don’t think they’re hurting anyone,” says Paul. “Because we get our money back and the banks and credit card companies are insured or whatever.

“But the constant stress and anxiety ain’t nothing. That’ll wear on your health. I was spending all my free time on the phone, trying to convince people I am who I say I am.

“This kid was setting up new accounts and changing all my details, so obviously I didn’t know any of the passwords I was supposed to know.

“And my credit is still a mess. Who knows how long it’ll take to fix that? I mean, we’ve caught the guy and somehow that’s not enough.”

Today, things are getting back to normal for Paul. But he’s determined to never let himself be caught off guard like that again.

He’s taken steps to protect himself against identity theft… and tomorrow, I’m going to show you how to do the same.

Until then, we welcome feedback from our readers. If you agree, disagree or have any financial horror stories of your own, you can email me right here.

Editor’s note: The strategies you read about in Money & Crisis were developed with the help of Jim Rickards, the best-selling author of Currency Wars and The Death of Money.

For a limited time only, Jim is sending readers a FREE copy of his brand-new hardcover book, The Road to Ruin: The Global Elites’ Secret Plan for the Next Financial Crisis.