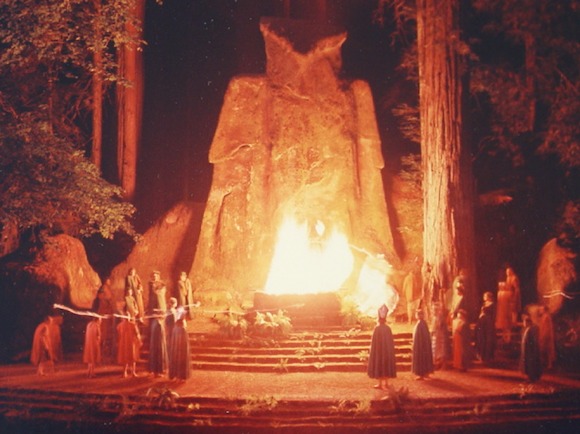 How to Join the “Secret Society” of Rich People

In trendy coffee shops, discussions about wealth often are grounded in three assumptions about rich people.

They got their wealth through:

2] Married into a wealthy family

3] Or, cheating, bamboozling, or “Bezos-ing” their way to the top

Others, often more masochistic types, who congregate outside the “eat the rich” circles (you can often find them at trendy bars), make other assumptions:

1] The rich are miserly “penny pinchers” their whole lives, never enjoying a nickel, and working all of the time.

And, on the fringes of the Infosphere, for fun, there are even more radical theories about broad swathes of rich people (found most at trendy “offbeat” bookstores)…

1] Networks of secret societies that do unseemly things in dungeons…

3] They sell their souls to the devil (or a middleman deity, like Moloch, a la Bohemian Grove)…

Some of the above “trendy” theories are certainly true for some rich people.

Heck, maybe all of them. (Who knows what they’re really doing at Bohemian Grove???)

But I suspect a lot of people hold onto these views because they’re convenient.

Looking at the world this way is easy because it justifies why one might not have “enough” (a constantly shifting goal post until, if you’re lucky, you realize there never will be “enough” to satisfy the ego)…

Maybe they want to enjoy their lives and not be a Scrooge, so that’s why they live paycheck to paycheck…

Maybe they are pious vegans, and would never sacrifice a chicken to Moloch…

Or, the more masochistic can flog themselves with ideas like…

But here’s the thing…

The truth is WAY different than any of these theories.

5 ACTUAL Ways Most of the Rich Get That Way

Bringing us down to earth, however, is financial planner Bert Whitehead.

Whitehead, in a paper called “How the Rich Get That Way,” reveals how the vast majority of Americans get rich.

“I have read the popular books on this topic (The Millionaire Next Door, The Automatic Millionaire, Rich Dad, Poor Dad, etc.) I have also reviewed academic studies. But most of my insights come from working with clients for over 30 years, many of whom did become millionaires.”

And he’s come to a few “counterintuitive” conclusions;

80% of millionaires are the first generation of their family to become wealthy.

“Interestingly,” says Bert, “most of the very wealthy families leave a major portion of their estates to charity. Children who inherit significant wealth without achieving it on their own seldom manage money well.  As one wealthy man told me, ‘if money comes too easily, it isn’t properly respected.’”

Large inheritances, he says, often undermine the recipient because they never have to focus on the REAL way the vast majority of the rich get that way…

“This high percentage is largely attributable to self-employed professionals like attorneys and physicians.”

And many forget the massive amount of risk people take in the beginning of their ventures:

Entrepreneurs, says Whitehead, “are as likely to go bankrupt as they are to become wealthy. Entrepreneurs who do accumulate wealth, as well as the professionals, have other attributes.”

3] Their spouse is after the same “North Star” as them.

“Most millionaires,” says Whitehead, “became wealthy because they picked a spouse who helped them realize a dream. Seldom do people become millionaires totally by themselves.”

(All eyes on Jeff Bezos now.)

Having a strong foundation, a strong family, is more  important than many of the “trendy” theories will admit.

And, perhaps most important…

4] They understand their unique gifts, which gives them an advantage… even over those MUCH smarter than them.

“The people that I have seen become wealthy are smart –

but not necessarily the kind of ‘smart’ measured by an I.Q. test.

“They have come to recognize and appreciate their unique gifts and advantages, and they use their abilities to create value for others.

“When a high I.Q. is coupled with an expectation that one deserves special treatment, it is a hindrance to achieving wealth.”

5] The wealthy are better at keeping their money.

A more important skill than knowing how to make money…

Is how to keep it, while still enjoying it.

Which is why perhaps you should take a tip from Grandmaster Bezos’ handbook this tax season.

As you know, tax season is almost over…

Yet, if you’re reading this, for some reason your FREE copy of the 2019 tax guide remains on hold.

Or haven’t had a chance yet to claim it…

Either way, my team cannot ship this to your address without your approval.

That’s why I urgently suggest you claim your FREE tax guide… right now.

Because these books are in high demand, I don’t know how much longer we can hold your copy.