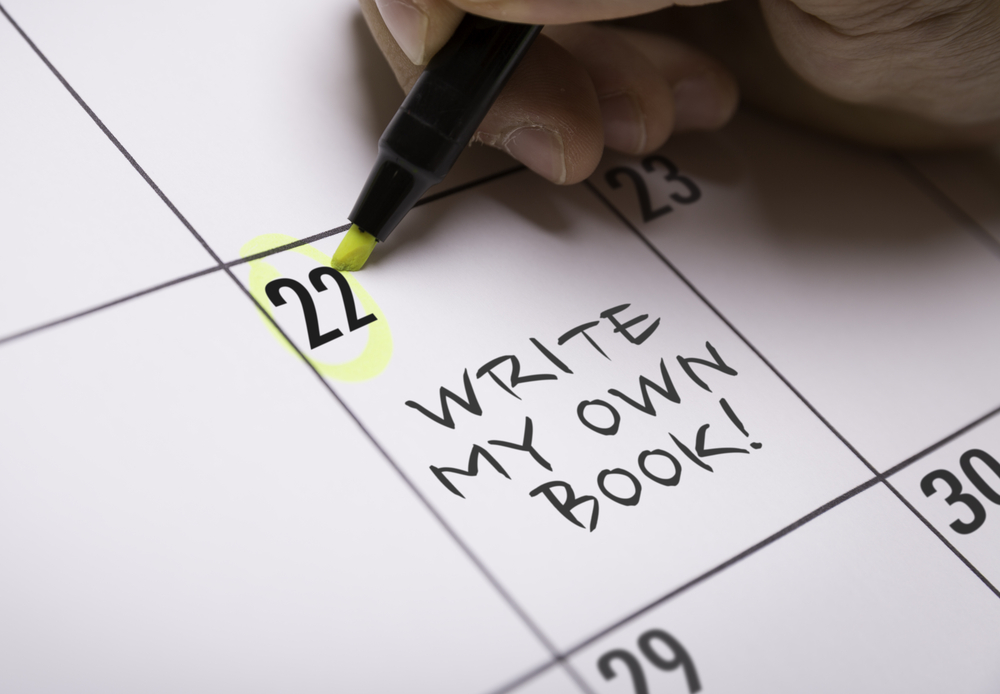 The hero begins as an ordinary guy, vampire, or alien.

In an ordinary town, city, spaceship, or, yes, alien planet.

Suddenly, he’s called to find his path, his vision, his convictions, his purpose.

And so, with no shortage of trepidation, off he goes.

To find his mentors. To defeat his enemies. To face the dragon that wishes to see him destroyed.

To get the gold.

Thus begins the book I’ve been working on behind the scenes called, “99 Things Every Millennial Man Should Know”…

(Currently in final editing phase. And I absolutely could NOT have done it without the help of this course.)

At root, “99 Things” is a compendium of powerhouse contributors, imparting wisdom. 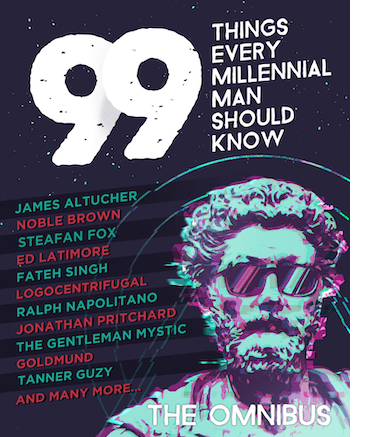 Dig deeper, it’s a Hero’s Journey through one’s own life to discover what the Japanese called “Ikigai,” or “reason for being.”

That is, the intersection of your passion, the world’s needs, what makes you money, and what you’re good at. 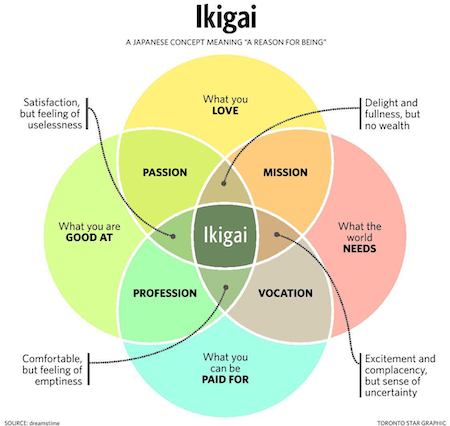 When James Altucher’s course, the Choose Yourself Guide to Self-Publishing launched, you might recall, I set off to write two books in 90 days.

And with his help…

Because of the “blueprint” I used, the book I began took on a life of its own.

And with a little nudge, I decided…

Rather than publish it all as one big book, I’m splitting it up into 12 books, releasing them one-by-one as e-books. (A solid strategy, I discovered, for Kindle.)

And then, once they’re all out, I’ll release the Omnibus, the entire collection, as a print book.

A few decades ago, this kind of thing would’ve been 100% impossible to do in a few short months

But now ANYONE can do it.

And there are no gatekeepers to tell you no.

And you can do it with very little money up-front.

Today, I’ll show you how.

Here’s the “quickie” guide to how I pulled this together so quickly.

This is where your passion and what the world needs intersect.

First of all, at the genesis of this book, a wise man told me to “create the thing you need but don’t see.”

What I needed at the time (after going through a couple of heinously chaotic years) was a group of mentors.

Thus, the idea for the book was born… a book of mentors, imparting wisdom.

– If pretty much everyone has an opinion about your idea (like, in this case, millennial men, or millennials in general), you’re on the right track.

And when choosing a title…

– It’s best to make the title something that, when you hear it, they know exactly what it’s about.

Such as, 99 Things Every Millennial Man Should Know.

It’s a book of 99 “things” millennial men should know.

This is where social media actually becomes a useful tool rather than a time-wasting distraction machine.

99% of the contributors (65 of them) came from social media platforms.

I “cold tweeted” most of them, pitching them on the idea. (The clearer your vision, the easier it is to get a “yes.” Ask them a question: “What’s one thing every millennial man should know?”)

In that respect, most of the book wrote itself.

I became the collector and organizer of the “things”.

Before you write a single word… come up with an outline.

You want to be able to see it all as one coherent whole as soon as possible.

Trust me, this’ll save you a lot of time in the future.

In my case, I knew I was going to write 12 sections. (And then later I decided to release each section as its own book.)

Bonus points: Give your outline a theme.

Pick a topic for each book, with one overarching theme.

“99 Things” follows the theme of the Hero’s Journey.

The Hero is called to adventure (Book 1)…

He begins to understand his purpose, what he’s actually up against, and what he must do (Book 3).

He journeys into the Unknown (Book 4). 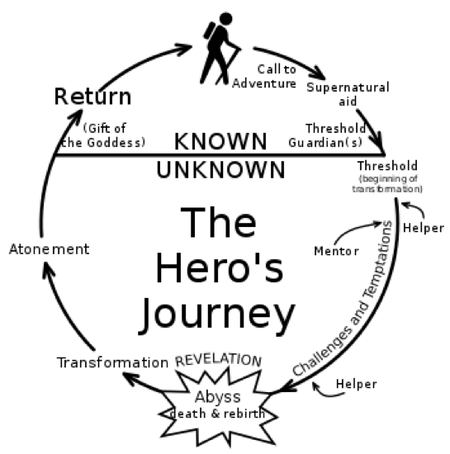 With 12 books in all, I needed a lot of covers.

It was incredibly simple.

You pick a premade template and just edit that to your liking.

Anyone can do it. (I showed my little sister how to make book covers on it. Seriously, even if you don’t have an artistic bone in your body, you can do it.)

Then, I outsourced the the main book cover… the Omnibus… on Fiverr and had that ready to go in a week.

(I paid $100 for the Fiverr cover, but you could do it for as little as $10. I just liked the designer and trusted his work.)

Here’s a screenshot of me using Canva:

Next up, you’re going to need an editor and someone to format the book.

The beauty of this model is you can do the books one-by-one. (And on Fiverr, it seems to be cheaper that way, too.)

Even if you’re not doing a series, you can still do it chapter by chapter.

This can help stave off overwhelm.

You can also think about starting to gather a following.

The beauty of having a bunch of contributors is many will be just as excited about the book as you are.

(Also, to generate interest, maybe you can give the first book away for free?)

But, if you take it step-by-step, it’s really not.

And once you get started, and see this vision of yours coming to fruition, it becomes incredibly exciting.

It becomes the rocket fuel.

Createspace has made HUGE strides over the years.

Their prints, formatted correctly, are indistinguishable from traditionally published books. (Nobody will be able to tell… plus, you can even say you have your own “publishing house.”)

Yes, you could EASILY turn this book-series into a business of your own. (With an email list and website.)

There’s not enough time to go into all of that right now.

Yes, you’ve heard it before…

But the 100% go-to source for writing, publishing, selling… AND turning your book into a business…

Is none other than James Altucher’s course on self-publishing.

It takes you step-by-step, holding your hand through the entire process.

The proof, after all, is in the putting…

James has published three bestselling books with the same blueprint…

And the success stories, now that the course has been out for a few months, are beginning to surface.

(When you sign up for the course, you’ll get access to the private Facebook group, too, where you’ll receive support from other self-published authors… which is PRICELESS.) 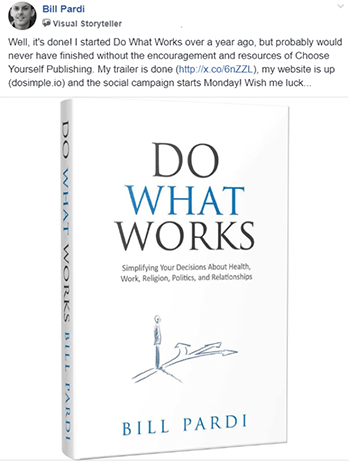 This is just a short skim of how I did it.

Click here to check out the course, and start your book(s) today.