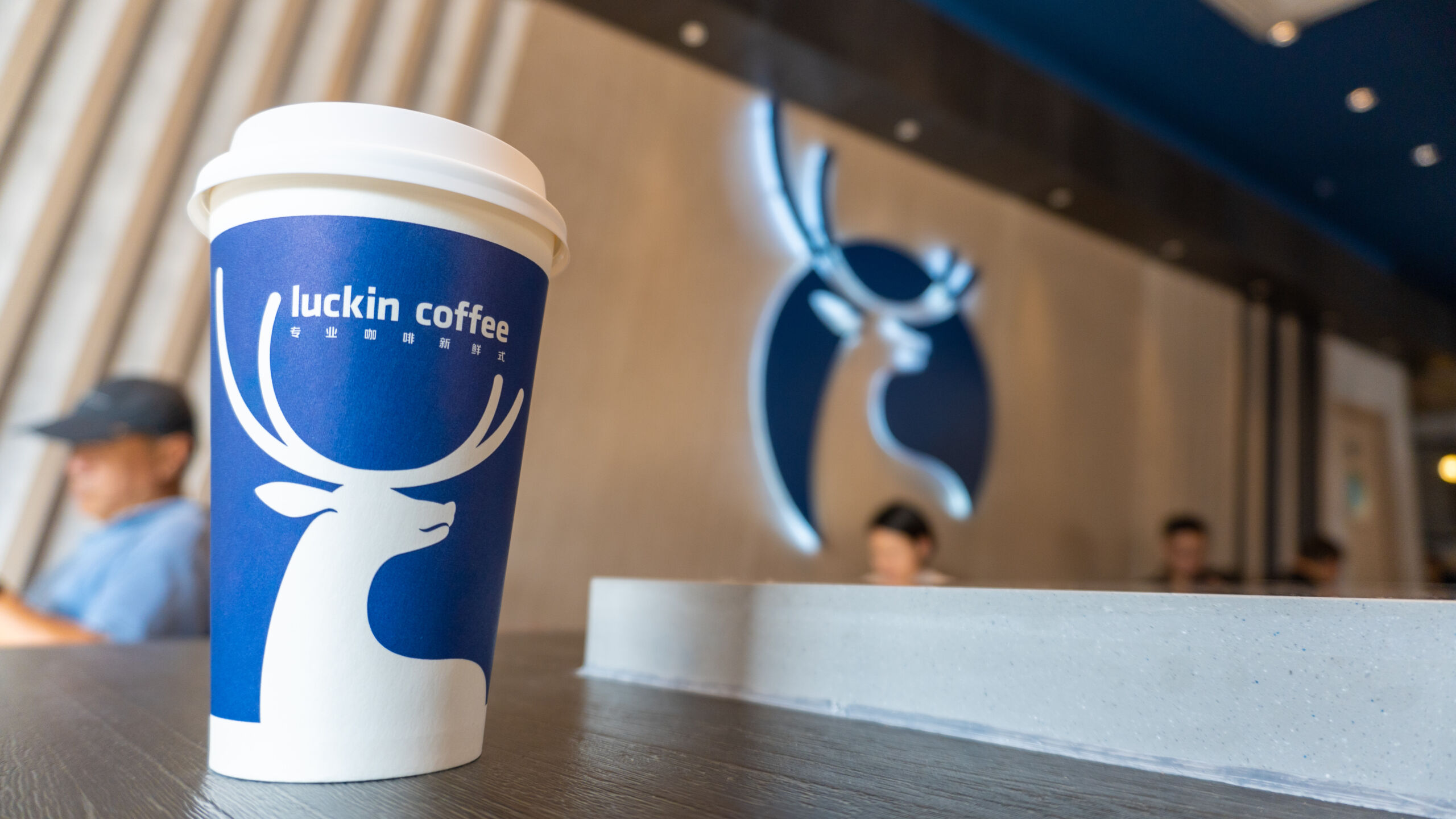 Here's Luckin at You Kid

The Nasdaq stock market plans to delist Chinese coffee chain Luckin, due to its 2019 sales record being a fantasy on the scale of Tolkien’s Lord of the Rings. (But swap the hobbits for lattes and the WWI allegory for breakfast sandwiches.)

Last month, the Chinese Starbucks rival disclosed that as much as $310 million in sales last year were fabricated by employees desperately in need of a creative outlet at home. (May I recommend drinking heavily and making macaroni art of famous independent presidential candidates?)

The fabricated sales made up about half of the total product sales Luckin reported for the nine-month period that Chief Operating Officer Jian Liu was enacting his flawless plan to just pretend the company was making way more money than it was.

This is the moment everyone got together and decided to do a crime.

Last week, Luckin fired chief imagineer Jian Liu and CEO Jenny Zhiya Qian, after a months-long internal investigation. The company said it found evidence that “sheds more light on the fabricated transactions” but didn’t feel the need to disclose any of said evidence. (When under investigation by regulators on either side of the world, you generally want to keep the evidence of your crimes to yourself.)

In its regulatory filing Tuesday, Luckin revealed it had received a written notice from the folks at the Nasdaq saying the company’s shares would be delisted.

Nasdaq said the decision was made due to “public interest concerns,” as well as the company’s “failure to publicly disclose material information” and, you know, the whole making up $310 million in sales thing.

The Chinese coffee chain said it will request a hearing before a Nasdaq panel, to try and awkwardly explain why it did all the dumb stuff it did. The company will remain listed until after the hearing, which typically occurs 10 to 45 days after the request.

Shares of Luckin Coffee (LK) hit a record high of $50.02 in January 2020, giving the company a market capitalization of over $12 billion. The stock then took a colossal dive when it emerged the company was playing make believe with its financials, currently selling at $2.77 a share.

The Virus is Mutating

Reports out of China suggest the coronavirus is mutating and becoming harder to detect because God binge watched a whole bunch of 90s disaster movies before making 2020.

Chinese doctors in the northern provinces of Jilin and Heilongjiang (pronounced like its spelled) say they’re starting to see the virus manifest in different ways among patients (and not in the fun, gives-you-cool-super-powers kinda way).

Patients rocking the mutated version of the virus seem to carry it for longer, lingering in the patients’ system for weeks more than the first wave of infectees.

These trendy influencers — who are getting a sneak peek at the hottest, newest version of the virus before anyone else — also take longer to develop symptoms, making it much harder to track and catch the virus before it spreads.

“The longer period during which infected patients show no symptoms has created clusters of family infections,”Qiu Haibo, one of China’s top critical care doctors, told state television on Tuesday.

Qiu says that the new version of the coronavirus (pre-order now) seems to mostly damage patients’ lungs, while the original classic flavor also wreaks havoc on a patient’s heart, kidneys, and gut.

All this adds up to a version of the virus that has the potential to spread farther and faster, but is ultimately less deadly. So, kinda a mixed bag when it comes to mutant viruses.

Chinese officials believe the mutated virus stems from Russia, who is dealing with one of the worst outbreaks of the virus in Europe.

According to Dr. Qui, genetic sequencing has matched this new virus with cases linked to travelers coming from Russia, which may explain the country’s high infection rate and unusually low death rate. (Of course, that could just be some good old-fashioned Russian propaganda at work.)

Coca-Cola CEO James Quincey says buckle up folks, this tour of Sucktown is just getting started.

The Coke boss (ooh, do I smell a reality TV show?) forecast a long and painful post-pandemic recovery in an interview on CNBC’s most annoyingly named talk show, Squawk Box.

“The economic impact of the lockdown is just starting to begin,” said Quincey, adding the recession will likely be an “extended U” shape, rather than a V-shaped recovery where the economy snaps back quickly.

(Other recession shapes include the W, the L, and the one that looks like L.B. Johnson’s L.B. johnson.)

The Quince-meister said it was too early to measure how consumer spending will change as the lockdowns start to lift. But Coke is aware folks are going to be strapped for cash in the near future and probably not interested in trying a new Coke infused with coffee and enough caffeine to kill a horse. 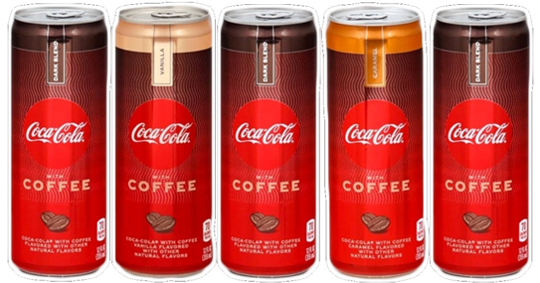 This time last year, the only thing Coke had to worry about was getting people to drink its new heart-exploding potion.

“We’re gonna have to recognize that coming after this virus crisis will be the economic impact and hangover of the lockdown, and there will be a much greater focus from the consumer on affordability or getting the prices lower,” Quincey told CNBC.

The Coke CEO said the company is still dealing with negative volumes globally, but things have gotten a little better since April, when sales plunged 25%.

Over the past week or so, our in-house investment wonk Graham Summers has given you some of the key tools to becoming a better investor.

Graham showed us skills the pros use to make their profits. But at the end of the day, this ain’t investing school, folks!

You ain’t here to learn. You’re here for the goods. And today, Graham’s got goods.

He puts everything he’s shown you into action and reveals the No. 1 asset class to play right now.

Take it away, Graham.

Over the last week, I’ve outlined a number of trading concepts to you.

From a philosophical perspective, all of these concepts are designed to control your emotions and introduce discipline to your trading strategy. By focusing on specific price levels, you are locking in on what the market is actually doing versus how it makes you feel.

This kind of approach should be the foundation of ALL of your investing/trading. In simple terms, you should only put capital to work on something that has a high probability of working out.

I bring all of this up because the No. 1 question I’m hearing from investors today is whether or not stocks are in a new bull market. And the reality is, no one knows the answer to this.

Can the Fed negate the horrific fundamentals by providing trillions of dollars in liquidity to Wall Street?

No one knows the answers to the above questions. As such, we have tremendous uncertainty regarding the economy and stock market going forward. That is a terrible situation in which to invest capital.

However, if you review the above questions again, you might notice that there is ONE definitive item that we can focus on…

The No. 1 Asset Class to Play Right Now

The U.S. government and the Fed are printing and spending trillions of dollars to combat this situation. Indeed, it is now clear that the ONLY path forward for these entities is money printing.

That is a sure thing. And it means gold will be erupting higher.

Indeed, while stocks are nowhere near reclaiming their pre-market meltdown levels, gold has already recouped ALL of its losses. 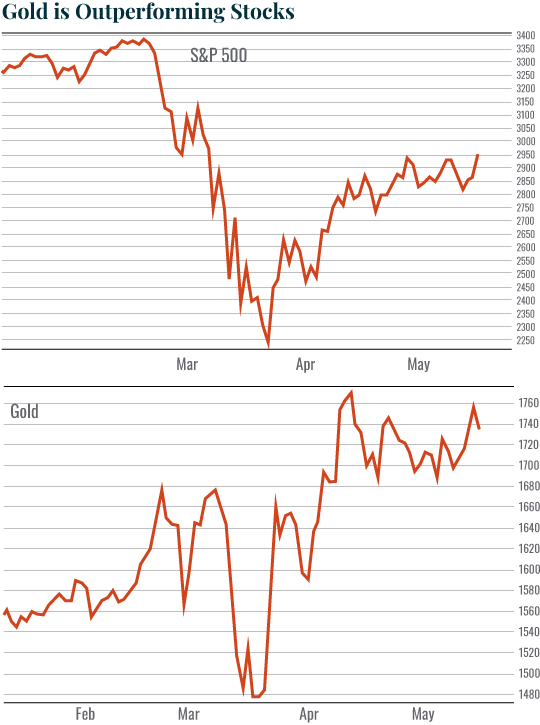 The precious metal has been on an absolute tear and is closing in on its ALL-TIME HIGHS. 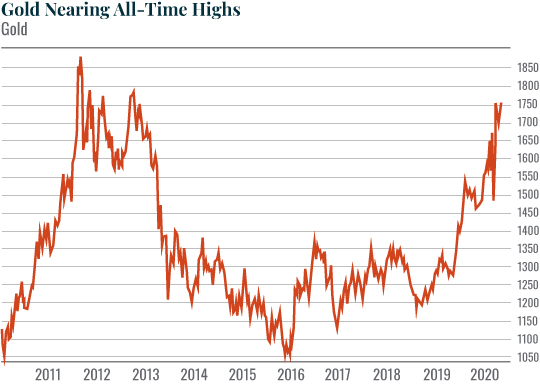 Taking all of this into account, the setup for gold is far clearer than that for stocks. That is why I believe the biggest opportunity today for investors is NOT in stocks — but in the precious metals sector.