The Trump administration is reportedly seeking an $850 billion stimulus package to stave off *waves hands at stock market* all this.

Like Kate Bush in that one song, Treasury Secretary Steve Mnuchin is running up that hill today. But unlike Kate Bush, Steve will be discussing a $850 billion coronavirus relief bill with Senate republicans. (That would have been a weird song.)

This relief package is separate from the $8.3 billion in emergency funding approved by Congress to slow the spread of the virus. While a third plan that would expand paid leave benefits and make testing more affordable is making its way to the Senate this week.

It’s unusual to see this level of efficiency on the Hill, even during a crisis. I’d like to think of this as a rousing story of a fractured government pulling together in a country’s hour of need.

But it probably has more to due with the possibility that Congress and the Senate might not be able to meet for some time and they just want to get all this stuff out of the way so they can go home.

“With what might happen to airlines or travel schedules, with individual members having to go into quarantine or being exposed — I don’t think we can operate as if we can just bring the Senate and House back whenever we want.”

We don’t know the exact details of the package yet (one of the more commonly used pickup lines in the Capitol), but the lion’s share of that figure is likely the administration’s proposed Xbox-for-all fund, sorry, I mean payroll tax cut.

Another $50 billion of the package is reportedly earmarked as aid for the airline industry which is [insert plane crashing analogy] due to a severe reduction in ticket sales.

It’s possible the $850 billion figure eased some of investors’ many, many anxieties. After the worst day since 1987, markets opened up this morning and, personally, I had forgotten what the color green looked like.

(That reminds me! Happy St. Patrick’s Day y’all. May your glass never be empty and your Shepherd’s pie be free of snakes.) 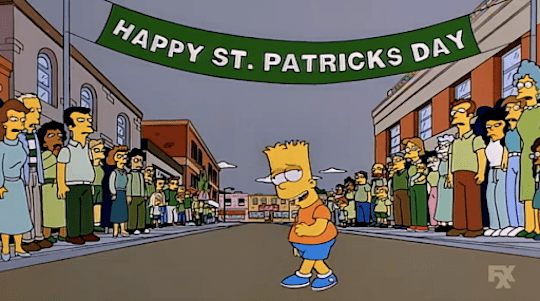 A St. Patrick’s Day reveler breaks quarantine as the public look on in horror.

P.S. The coronavirus caused the global stock markets to tank and forced the Fed to inject $1.5 trillion into the markets. Because of this, fellow Laissez Faire editor Graham Summers has a special message that the mainstream media won’t tell you: there is an opportunity here to be able to collect massive market gains from these types of big central bank moves. Click here to see what the media hasn’t shown you and more.

U.S. researchers injected four healthy volunteers with an experimental coronavirus vaccine in Seattle yesterday. (Who says Seattleites are dumb nerds who only know how to wear flannel and pretend to write novels on their MacBooks in Starbucks?)

Scientists at the Kaiser Permanente Washington Research Institute in Seattle developed the vaccine in record time, with only 65 days between China’s release of the virus’s gene sequence and the test. (If only it was like the movies and we could load up a fire truck with Head & Shoulders Anti Dandruff Shampoo and shoot it at the virus.) 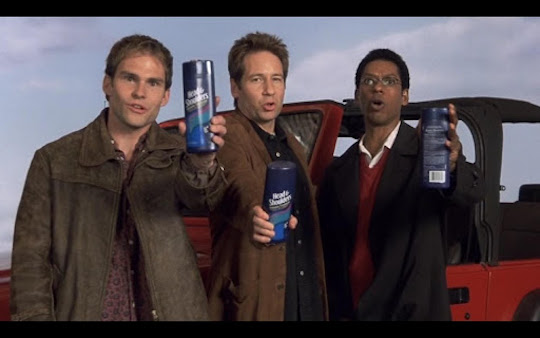 “We’re team coronavirus now,” Dr. Lisa Jackson told the Associated Press, making it sound like her team was somehow working for the virus. “Everyone wants to do what they can in this emergency.”

The four volunteers were the first of a group of 45 who will be blasted with this mysterious new science goo for the test. This vaccine, code-named mRNA-1273, does not contain the coronavirus itself, so there’s no chance the patients could get infected from the shots.

The participants interviewed by the AP were totally jazzed for the test which hopefully doesn’t make your head big or butt fall off or anything like that.

“We all feel so helpless. This is an amazing opportunity for me to do something,” said Jennifer Haller, adding that her teen children think she’s “so cool” for volunteering.

The test will take place over two months. However, even if everything goes according to plan, a vaccine would not be available for widespread use for at least 12 to 18 months. (Though I’m sure there will be at least one vial in a steel briefcase for a main character to save their love interest in the final act of the film.)

Ohio’s primary has been called off at the last moment due to *squints at notes* something teens are calling “the Rona.”

Governor Mike Dewine filed an 11th-hour lawsuit yesterday to postpone the election due to health risks presented by the coronavirus (and the potentially fatal shock voters are going to get when they realize Tulsi Gabbard is still in the race).

Judge Richard Frye shot down their request, saying it would set a “terrible precedent.” So, DeWine went around daddy’s back and asked mommy to postpone it anyway.

“During this time when we face an unprecedented public health crisis, to conduct an election tomorrow would force poll workers and voters to place themselves at an unacceptable health risk of contracting coronavirus,” DeWine said in a statement posted to Twitter, failing to mention the Tusli Gabbard thing, which would be too shocking even over Twitter.

Primary contests in Arizona, Florida, and Illinois will go ahead Tuesday as scheduled. Meanwhile, Georgia, Kentucky, Louisiana, and Maryland have all postponed their primaries until the evil flesh-eating fog has dispersed. 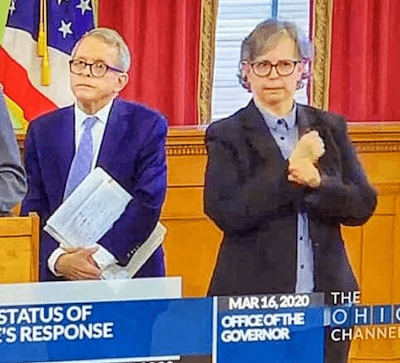 With the market in a seemingly constant downward spiral, our publisher Doug Hill has been holding emergency calls with our expert analysts.

As some of the sharpest minds in the business, Doug wants to get their take on the market — and their ideas for what you can do to protect your wealth.

That’s exactly why he brought back macroeconomic expert Graham Summers yesterday. Graham is an expert on global central bank activity. Graham and Doug discussed the Fed’s emergency rate cut over the weekend… and the market’s reaction to it.

Click here to get Graham’s thoughts about exactly what’s going on, what the next steps are, and what you can do to profit right now…