Congress and the White House are acting all pally-pally this morning after sealing a deal to jack up federal spending and put off dealing with all our fiscal problems until after the 2020 election.

(A classic move from the My Nephew Jeremy Who Refuses to Get a Job and Move Out School of Problem Solving.)

The deal/world’s most expensive game of kick the can down the road will raise spending by $50 billion next year, for a total of more than $2.7 trillion in spending over two years. (A far cry from the steep spending cuts initially sought by the administration.)

Meanwhile, the problem nobody wants to talk about, my nephew Jeremy — sorry, Freudian slip — the debt ceiling, will be suspended until July 2021.

The President announced the deal yesterday on his second-favorite medium, Twitter (his favorite being a Wendy’s menu):

“I am pleased to announce that a deal has been struck with Senate Majority Leader Mitch McConnell, Senate Minority Leader Chuck Schumer, Speaker of the House Nancy Pelosi, and House Minority Leader Kevin McCarthy – on a two-year Budget and Debt Ceiling, with no poison pills,” tweeted President Trump.

“This was a real compromise in order to give another big victory to our Great Military and Vets!”

Stock photo of an aunt Nancy Pelosi and the third unloved brother from Everybody Loves Raymond Steve Mnuchin have been negotiating the massive glut of spending for weeks.

Mnuchin had hoped to get the deal signed, sealed, and delivered before the August recess. If not, the government would exceed its borrowing limit before lawmakers return from their vacay and the country wouldn’t be able to pay its bills.

People who get a summer recess:

In a joint statement, comedy duo Nancy Pelosi and Chuck Schumer praised the administration for joining team Spend-Too-Much-Money and gave themselves a pat on the back for not shutting down the government this time:

“We are pleased that the Administration has finally agreed to join Democrats in ending these devastating cuts, which have threatened our investments to keep America Number One in the global economy and to ensure our national security. With this agreement, we strive to avoid another government shutdown, which is so harmful to meeting the needs of the American people and honoring the work of our public employees.”

Meanwhile, fiscal hawks in both parties voiced their concerns, warning it would add trillions of dollars more to the debt.

“There was a time when Republicans insisted on a dollar of spending cuts for every dollar increase in the debt limit,” said Maya MacGuineas, president of the Committee for a Responsible Federal Budget. “It’s hard to believe they are now considering the opposite — attaching $2 trillion of spending increases to a similar-sized debt limit hike.”

The Debt & the Dollar

The dollar and the debt are two sides of the same coin:

The U.S. dollar has lost 96% of its value since the Federal Reserve was created in 1913. Meanwhile, the national debt has skyrocketed: 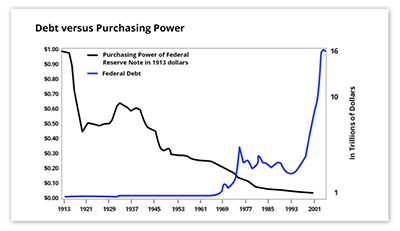 That’s why many countries are abandoning the dollar.

That’s why, according to one of our top analysts, the president could be planning a radical “reboot” of the U.S. dollar.

It could happen as soon as this day next week, July 20. And when it happens one investment could soar by as much as 1,000%, creating huge windfalls for investors positioned correctly ahead of time.

Click here now to see why this analyst has repositioned more than $1 million of his own money ahead of this potential “reboot.”

Celebrity politician and professionally windswept man Boris Johnson is officially the U.K’s next prime minister. (AKA Brexit’s next victim.)

Johnson started his career in the public eye as a journalist, who spun such classic yarns as: the EU is trying to standardize condom sizes to a single one-size-fits-all condom.

“The E.C. has dismissed Italian plans for a maximum condom width of fifty-four millimetres,” Johnson wrote in the Telegraphon May 8, 1991. “M Willy Helin, spokesman for the commission’s industrial standards division, said: ‘This is a very serious business.’”

From there, Johnson enjoyed a brief stint guest-hosting the BBC comedy news show Have I Got News for You. (Which I disagree with on a fundamental level because the news isn’t supposed to be funny.)

Boris leveraged the popularity to transition into a career as a politician and went on to become the Mayor of London. Several sex scandals and illegitimate love children later, Johnson is now the prime minister of the U.K. 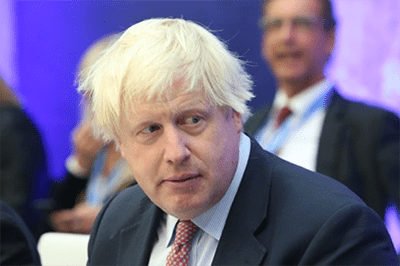 File footage of that toddler you see in every Chili’s running around without pants. Sorry, wait. I’m now getting information that suggests this is an image of U.K. Prime Minister Boris Johnson.

Johnson’s term will be defined by the same yawning catastrophe that ended the careers of his two predecessors — Brexit.

Unlike his predecessors, Boris has a chipper “can-do” attitude to the greatest economic challenge faced since WWI. And he’s perfectly happy to ram through a no-deal Brexit, forgoing any measures that would soften the economic blow of leaving the E.U.

“I know that there will be people around the place who will question the wisdom of your decision,” Johnson told the lawmakers who chose him as prime minister today.

“We are going to energize the country, we are going to get Brexit done on Oct. 31 and we’re going to take advantage of all the opportunities it will bring in a new spirit of can-do.”

“We are once again going to believe in ourselves, and like some slumbering giant we are going to rise and ping off the guy ropes of self-doubt and negativity.” (If this prime minister gig doesn’t work out, Johnson could always fall back on a career as a motivational speaker.)

With a minority government, Johnson faces the uphill battle of convincing parliament to sign off on whatever deal/no deal he settles upon.

Although he secured his position as prime minister by promising to sort out this whole Brexit mess, Johnson has yet to reveal the details of his diabolical master plan.

More on this dumpster fire as it develops.

“Also, who does your hair? Asking for… a friend.”

Quarterly profits and sales of Coca-Cola (KO) rose this quarter, boosted by the introduction of a range of wacky flavors, sugar-free alternatives, and a whole bunch of stuff that ain’t Coke.

Organic revenue increased 6% this quarter to $10 billion. The brown sugar-water company reported a profit of $2.61 billion, up from $2.32 a year ago.

In order to combat a drop in demand for diabetes, Coca-Cola has rolled out a zero-sugar alternative, a bunch of new flavors, and just straight up added coffee to a can of coke. 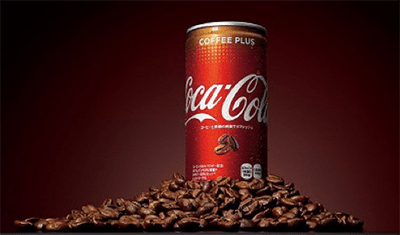 Coca-Cola Plus Coffee: VIBRATE YOUR SHOES OFF

Coca-Cola attributes its success in this quarter largely to sugar-free versions of its classic (mostly just sugar and water and carbonation) drinks.

Sales of Coke Zero Sugar (not to be confused with Coke Zero, Sugar) rose 10% this quarter, with overall drinks sales by 4% . 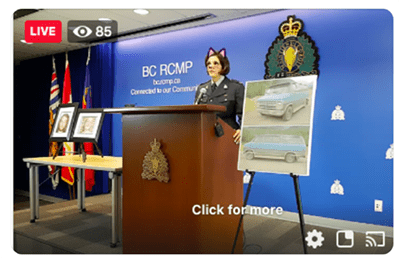 Microsoft Jones and the Holy Grail

Microsoft just invested a billion dollars in a San Francisco-based company researching “the holy grail of AI.” (Robots that will kill you and take over your life.)

OpenAI is a research lab dedicated to creating Artificial General Intelligence (AGI) — a type of AI that’s flexible and generally intelligent as a human being. (Like a Star Trek computer or a member of Congress.)

OpenAI started out as a non-profit research lab to make sure the “greed of investors” didn’t get in the way of making their creepy robochildren.

Though, as it turns out, you need quite a bit of dough to create life from scrap. So OpenAI opened up a new for-profit wing of the company earlier this year.

That said, the company retained some of its dignity by operating as a capped-profit entity. This means investors can only expect returns 100 times their investment. (So the incentive isn’t really there to make a killer robot and sell it to the military.)

As part of their investment, Microsoft becomes the exclusive provider of cloud computing for OpenAI and will partner with them to develop new technologies.

According to a recent survey of some of the leading experts in AGI, there’s only a 50% chance of creating AGI by the year 2099.

Maybe Microsoft knows something we don’t. But even if OpenAI doesn’t make scary robot babies anytime soon, there’s a good chance they’ll be churning out some groundbreaking tech as part of their research.

Since OpenAI openAIed its doors in 2015, the company has set new benchmarks for robot dexterity and it’s designed an incredible text-generation system, which can write songs, short stories, and news articles.

Our research teams are watching this space closely.