Boeing’s CEO Dennis Muilenburg testified yesterday that he knew about 737 Max’s safety troubles before the second deadly incident. (But fixing it would have cost money and a certain margin of human death is acceptable to shareholders/still profitable).

In a more than two-hour hearing before the Senate Commerce Committee, Dennis and his pals, the Boeing execs, testified that they “made some mistakes” when developing the 737 Max and were “vewry, vewry sowrry.”

“On behalf of myself and the Boeing company, we are sorry, we are deeply and truly sorry,” Muilenburg said before looking directly at the camera and winking. “We’ve made mistakes and we got some things wrong.”

In front of lawmakers and family members of victims, Muilenburg acknowledged for the first time that he knew about the issues with the Max’s Maneuvering Characteristics Augmentation System (MCAS) previous to the second deadly crash on March 10.

And yet, just three days after the disaster, old Dennis was on the phone trying desperately to convince President Trump that the 737 Max was safe to fly and that it’s perfectly normal for a certain amount of planes to just drop out of the sky due to human error.

Sen. Roger Wicker (R-MS) raised concerns about a series of emails between a former Boeing pilot and the FAA in which the pilot boasted about “Jedi-mind tricking” regulators into deleting all references to the deadly MCAS system from the operators manual. 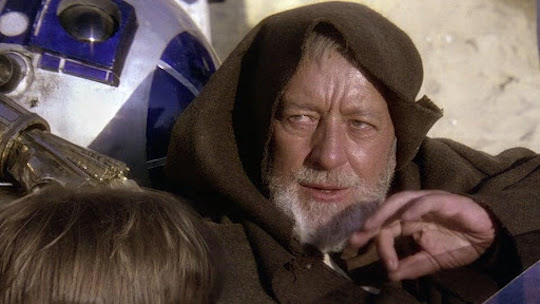 “You will let me kill a whole bunch of people to save time and money.”

Taking a page directly out of the Mark Zuckerberg book of deflecting responsibility, Muilenberg repeatedly said that Boeing was simply following existing regulatory processes and if you guys regulated us better maybe we wouldn’t have killed so many people.

Sen. Richard Blumenthal (D-CT) revealed at the hearing that Boeing executives came sniveling to his office after the second crash and tried to push that whole “pilot error” narrative.

But it was clear to him now that the deadly incidents, that killed 346 people, were “the result of a pattern of deliberate concealment” by Boeing.

Multiple family members of the victims were in attendance yesterday, holding up large photographs of their loved ones. Which didn’t bother investors much.

Shares of Boeing grew 2.4% yesterday, after it became clear that Boeing would likely face little to no consequences for building a 233-seat death trap and selling it to airlines around the world.

(I would never wish ill will on anyone but if I order six wontons, I darn well expect there to be six, maybe even seven, wontons. The only reason we order from [REDACTED CHINESE/STEAK-HOUSE FUSION RESTAURANT] is because they have the good wontons, Grubhub.)

Earnings for Q3 were in line with analysts’ expectations at 27 cents per share. However, overall orders of wontons and other non-wonton food products decreased 15% since the same period last year.

In the space of a single year, the company who thinks I won’t notice there’s only five wontons lost more than half of its market value to competitors like UberEats, DoorDash, and Postmates.

The corporate wonton skimmers reported revenue of $322 million, missing estimates of $330.5 million. And that trend downward will carry into Q4, when the company estimates it will see Q4 revenue of $315 million to $335 million, well below analysts’ expectations of $338 million.

Goldman Sachs downgraded Grubhub to neutral and slashed its 12-month price target to $30 from $86 after the company under-delivered in its earnings report and repeatedly under-delivered the number of wontons I ordered.

“We got this wrong,” said Goldman Sachs analyst Heath Terry in a note to clients Wednesday (conveniently forgetting to mention all wonton-related controversies surrounding the company).

“We signiﬁcantly underestimated the impact of competitor investments on customer behavior across the space while overestimating both the potential for industry-wide growth and Grubhub’s ability to maintain share.”

Shares of Grubhub (GRUB) bounced like a stale wonton this morning and were up more than 7% in midmorning trading.

The NCAA board voted yesterday to allow athletes to profit off their own names and likenesses in a historic change of heart (which may or may not be motivated by an oncoming freight train of regulatory action).

The nonprofit organization (that generated more than $1.1 billion in revenue last year) will lift a longtime ban on NCAA players monetizing their talent, though it may be some time before the organization determines how to integrate the decision and amend the current NCAA rules.

“We must embrace change to provide the best possible experience for college athletes,” said NCAA board chair Michael Drake, angrily shaking his fist at California.

“Additional flexibility in this area can and must continue to support college sports as a part of higher education.

“This modernization for the future is a natural extension of the numerous steps NCAA members have taken in recent years to improve support for student-athletes, including full cost of attendance and guaranteed scholarships.”

Last month, California passed a law to prevent schools from prohibiting players from being compensated for their names, images, and likenesses.

The law won’t go into effect until 2023 but several states are already developing similar legislation which may go into effect as early as next year.

By acting now, the NCAA can get ahead of the trend, avoid a lengthy legal showdown with multiple states, and maybe even take some control of the situation.

As Ohio State Athletic Director Gene Smith said Tuesday, the NCAA has no intention of following the “California model” of a virtually unrestricted market and will instead develop its own set of rules (which may or may not funnel some extra cash into the NCAA’s pockets).

Incidentally, here are some totally unrelated numbers that I’m posting here for no reason:

U.S. GDP rose better than expected in Q3, no thanks to terrified business investors sitting on their fat fingers.

Once again, the hero of the report was the American consumer (AKA you and me, babeeee), who bought enough crap to keep the entire economy afloat.

Spending by American households rose by a 2.9% annualized rate and even though I wasn’t trying to prop up the global economy when I bought that desk lamp, I will accept your thanks and praise.

As we saw in Q2, lackluster business spending is weighing down the GDP as spending and investment continued to decline, with a 15.3% fall.

Economists largely attribute the decline in spending to the uncertainty created by the trade war with China.

Even some bad trade news would be good news right now. At least businesses would have some idea of what’s going on and be able to respond accordingly.

As it stands, President Trump says we are close to sealing the deal on a “Phase One” trade agreement (or as the kids call it, “rounding first base”).

However, negotiations hit a speedbump this morning, when Chile canceled next month’s APEC summit where President Trump was scheduled to meet with Chinese leader Xi Jinping.