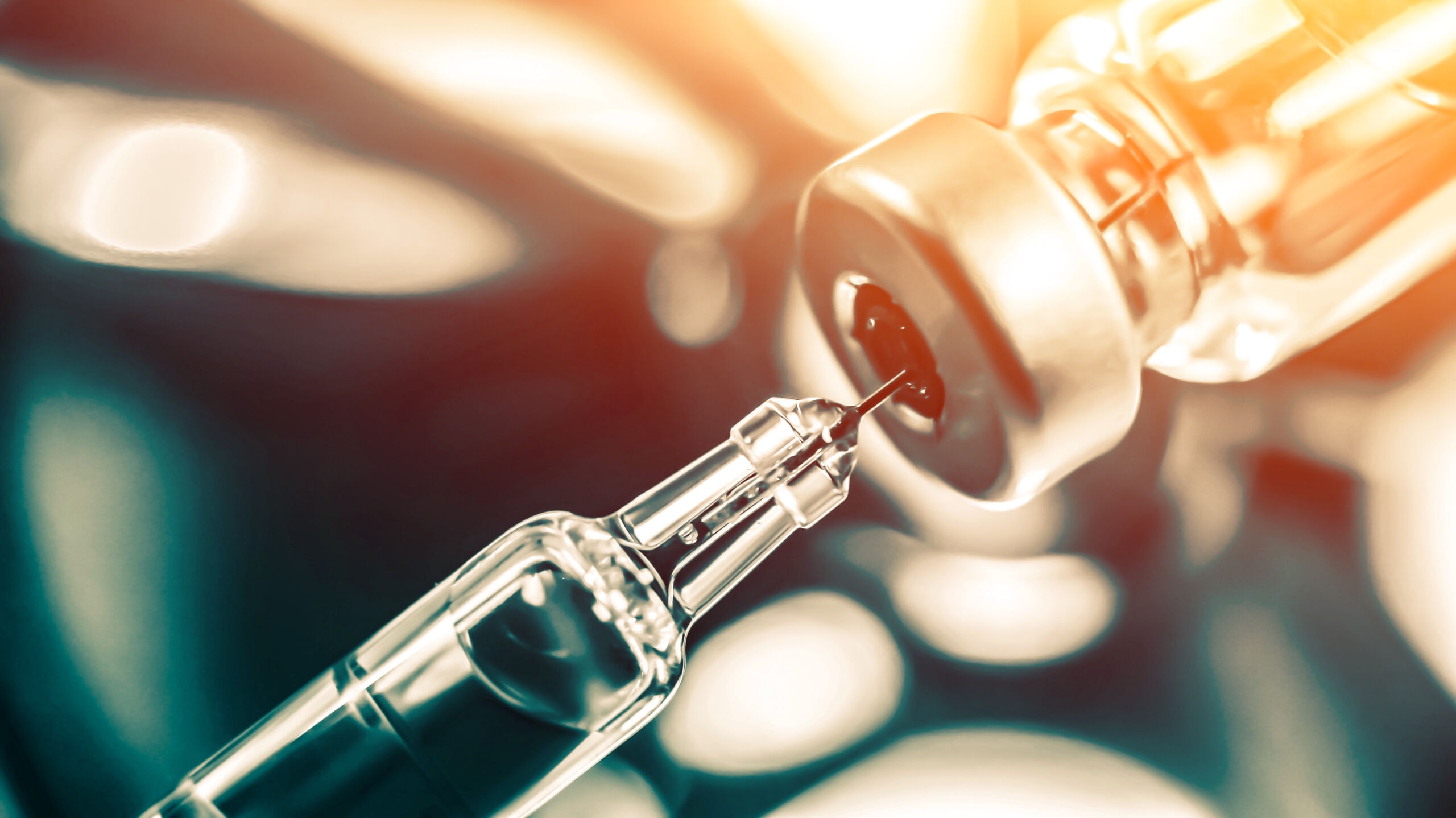 The US government has placed a provisional order for $1.95 billion of coronavirus vaccine, to be distributed to Americans free of charge. 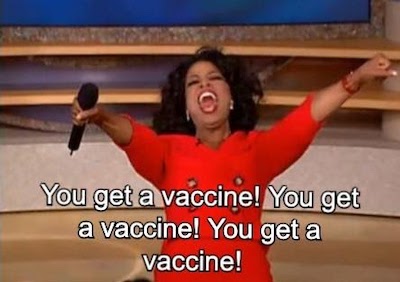 In retrospect, the vaccine cannon was a bad idea.

Pending regulatory approval, Pfizer will make 100 million doses of the vaccine, which was developed in partnership with its German bro, BioNTech.

The US government will have the option to purchase an additional 500 million doses if it likes the way it makes folks not die and allows society to return to normal.

All of this will be meaningless, of course, if it turns out the vaccine makes your head explode or your genitals fall off. (I, for one, like my genitals where they are, thank you very much.)

BioNTech’s mRNA vaccine, codename BNT162, has shown promise in early trials. But, as any parent will tell you, just because you got a smart baby, doesn’t mean it won’t grow up to be an idiot who drives your truck into the front window of an Arby’s.

BioNTech, and other vaccine researchers, have expedited the development cycle of the vaccine to a rate that would have been unimaginable only a few years ago. But even the fastest development cycle in history is too slow when I’m stuck inside watching reruns of terrible vampire shows with my wife.

BNT162 is still undergoing clinical testing and has yet to be approved for use anywhere in the world. But, should this vaccine turn out to be a certified corona-stopping, non-genital-exploding silver bullet, BioNTech says it could be approved for distribution as soon as October (this year!).

Between Pfizer and BioNTech (which is as awkward to type as it looks), the companies predict they could manufacture up to 100 million doses of the vaccine by the end of 2020 and more than 1.3 billion doses the following year.

Shares of Pfizer (PFR) popped 4.58% when the markets opened this morning, as dreams of overflowing cruise ships and retail stores packed to the rafters danced in investors’ heads.

US Orders China Out of Houston

The US has ordered the closure of the Chinese consulate in Houston, accusing Beijing of IP theft, interference in domestic affairs, and just generally acting like a big old bag of jerks.

The closure order was unveiled the same day as Washington indicted two hackers in China, accused of stealing hundreds of millions of dollars in coronavirus research. (I could have told you it sucks, for free.)

A spokesperson for the State Department accused China of engaging “in massive illegal spying and influence operations throughout the United States against U.S. government officials and American citizens.”

“These activities have increased markedly in scale and scope over the past few years. [Chinese] officials have interfered in our domestic politics, stolen U.S. intellectual property, coerced our business leaders, threatened families of Chinese Americans residing in China, and more.”

The Chinese government, who made the decision public first, called the sudden order an “unprecedented escalation of its recent actions against China.” Meanwhile, the folks working at the consulate started burning everything they could get their hands on. 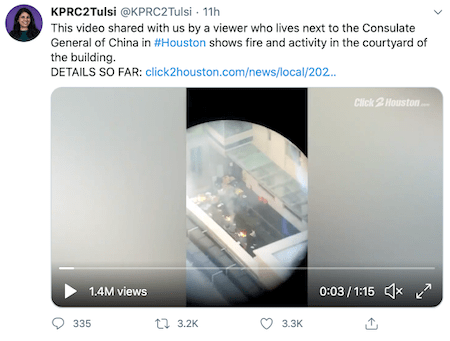 “We just thought we’d blow off some steam and have a couple cold ones around a nice crackling document fire.”

Witnesses told Houston media that people were burning paper in trash cans in the consulate court yard, which I’m sure is standard procedure and not indicative of shady behavior at all.

“It appears to be open burning in a container within the courtyard of the Chinese consulate facility. It does not appear to be an unconfined fire but we have not been allowed access. We are standing by and monitoring,” said Fire Chief Sam Peña. (Fire fighters, like vampires, are unable to enter a building unless their invited in.)

Beijing warned of “firm countermeasures” if the US fails to rescind the order. It didn’t cite any specific actions it would take, but if I was working in the US Consulate in Wuhan, I’d start packing my desk right now.

President: Virus Will “Get Worse Before It Gets Better”

President Trump warned yesterday the coronavirus pandemic will “get worse before it gets better,” which is great because we’ve been really nailing the whole “get worse” thing.

“That’s something I don’t like saying about things, but that’s the way it is, it’s what we have,” he said during a White House briefing on the virus. “You look over the world, it’s all over the world.”

The president’s comments came as the daily death toll rose above 1,000 deaths for the first time in weeks, and the nation officially graduates from “Defcon: Trapped in a Bad Twilight Zone Episode” to “Defcon: Is M. Night Writing This Piece of Crap?”

As cases of the virus spike dramatically, states and local governments have rolled back their reopening efforts, and my favorite Irish bar/chicken-wing restaurant has once again been forced to close its doors. (Nothing says “Ireland” like Thai-spiced wings and fruity cocktails named after blatant Irish stereotypes.)

The president said he would not call for a nationwide shutdown, saying it would beunsustainable.

The president followed up the conference with a tweet of himself wearing a black face mask with the presidential seal on it, writing: “many people say that it is Patriotic to wear a face mask when you can’t socially distance. There is nobody more Patriotic than me, your favorite President!”

Everyone Is an Entrepreneur — No Excuses!
By Guest Writer James Altucher

She said, “Not everyone is like you. I’m not cut out to be an entrepreneur.”

BS! That’s just an excuse and I’m tired of hearing it.

Although I don’t consider myself in the “entrepreneur” category of podcasters, I am grateful to be on this attached list.

Neither of these is true.

1) An entrepreneur DOES NOT take risks.

Example: Before I started one of my companies, Stockpickr, I guaranteed an ad deal that would net me $90,000 a month starting immediately.

I had one partner, no employees, and no risk. Otherwise I would not have taken the risk of going into that business.

Example 2: My first successful business, Reset, started while I was a full-time employee at HBO.

I stayed a full-time employee for 18 months, until Reset was generating enough money that I would not have to go down in income if I made the jump to full time.

And I had clients to make sure Reset would stay in business for at least another 12 months in the worst-case scenario.

This is how I cut out risk.

2) When people say, “Not everyone is cut out to be an entrepreneur,” I am confused.

An EMPLOYEE is the biggest risk taker.

It’s like the turkey that is fed well every day and then on Thanksgiving is surprised when the machete comes out.

Even within the confines of working for a company, an employee must be an “entre-ployee.” Constantly connecting dots, looking for opportunities, seeking out the place least crowded, in order to find and then protect and grow their success.

At HBO, for instance, they didn’t have a website (1995), so I carved out my space there by going from lowly IT slave to being in charge of their website.

Humans have always been entrepreneurs.

70,000 years ago we hunted for food and shared or bartered with the tribe. 10,000 years ago, the most successful humans were merchants, farmers, military leaders, religious leaders — all entrepreneurial efforts.

To not cultivate the entrepreneurial aspects of our lives is to become the serfs and slaves of the ones who do.

Whether we are employees, entrepreneurs, artists, “lifestyle entrepreneurs,” side hustlers, etc., we must always go to the place least crowded, nourish our unique abilities, and provide service to society that gets rewarded.

Without doing this, we lead lives of simmering anxiety. We will always feel like we have the potential for MORE but we won’t know what.

We will have an itch. We will have sleepless nights wondering, “What if?” We will wonder if the canvas we created our life on is a work of art or something to be discarded.

And then we peter out, leaving no stamp behind on this world that was so eager to give bloom to our potential.

I hate traditional entrepreneurship. I’m not a businessman, although I know the rules of the game. I don’t like sales but I can sell things I believe in. I hate negotiation. I hate to manage other people.

Every time I started a business, from 1987 until now, I always told myself, “Never again! I hate this.” And I truly do.

I started a food delivery business in my college in 1987. I started an internet-based chess server in 1992. “Never again!”

I’m an entrepreneur, like the rest of us. And I always will be.