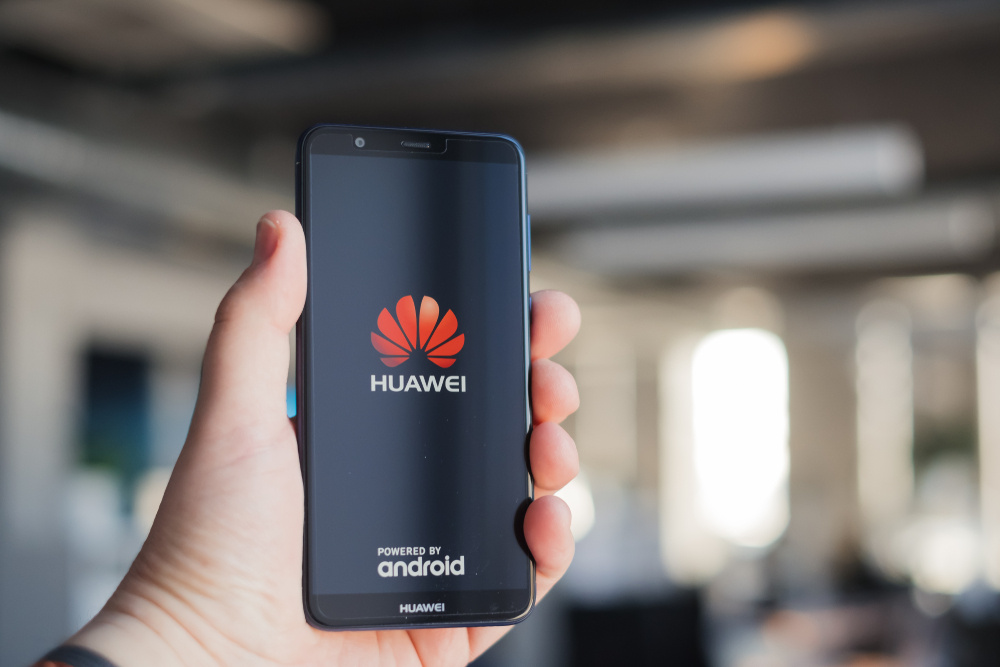 This is the Biggest News in the History of the Smartphone

Google will no longer provide Android support for Huawei’s smartphones in accordance with a government edict signed by President Trump last week.

At the start of the year, Huawei execs forecasted the company would be the No. 1 smartphone vendor in the world by the end of 2019.

But without Google’s support, it’s more likely to be the No. 1 smartphone on the trash heap by the end of the year.

Huawei is the second largest smartphone vendor in the world.

But, unlike Apple, the Chinese-owned smartphone company only makes the physical hardware for its phones, outsourcing the software to Google.

If this decision sticks (and there are a few reasons why it might not), Huawei’s phones will no longer ship with Android and lose access to the Google Play app store. (Which means NO Flappy Bird, NO lightsaber noise apps, and NO 100%-accurate and totally real astrology apps.)

According to a spokesperson for Google, existing customers with Huawei phones will still be able to use the Google Play app store but they won’t able to download the frequent updates and bug fixes for the Android OS.

Meanwhile, new phones won’t ship with Android at all, unless Huawei wants to use the open source version of Android (which can’t download apps and is just kind of generally terrible).

Without a slick operating system and access to Google Play’s suite of third-party apps, Huawei’s global smartphone business will be dead in the water before the end of the year.

Reportedly, Huawei is working on a proprietary OS of its own. (“A better one, with blackjack and hookers and a backdoor for government surveillance!”)

But trying to create a competing OS to Google’s Android and Apple’s iOS has historically been a not-so-great idea. (I really thought ShaneOS would take off. We had Flappy Bernie and Twinder — Tinder, but exclusively for twins.)

Regardless of how successfully or quickly Huawei can develop its own OS, it will never be as competitive as it was with Google’s Android onboard.

Huawei’s only hope for a recovery is to be removed from Trump’s blacklist and get back in Google’s good graces (well, Huawei is the only company on the list. So it’s less of a black “list” and more of a black “line”).

The issue could be resolved as part of President Trump’s trade negotiations with China, but it’s unclear if that’s his intention. Huawei is a not-insignificant bargaining chip.

However, this administration has been gunning for Huawei since day one. And this would successfully neuter the global aspect of the company’s smartphone business.

U.S. stocks fell sharply in the morning trading with Xilinx, Qualcomm, and Broadcom all dropping almost 5%.

According to analysis by data provider Indexica, bitcoin is finally starting to show signs of maturity. (Now, if we can only get it to take a shower, get a girlfriend, and move out of its mom’s basement.)

The crypto queen had a cracking start to the year, more than doubling in value in just five months. But the sudden surge has left financial analysts (who generally claim to know what they’re talking about) scratching their heads.

To try and root out the cause of the rally, Indexica used a language processing system to analyze the way we talk about bitcoin and how it changed in that time.

After analyzing thousands of text documents, Indexica — which sounds like the worst kind of Saturday morning cartoon villain (educational) — pinpointed three key drivers at the heart of bitcoin:

That third point is particularly interesting. In stocks, a switch from past tense to future often precedes positive price moves.

“Think about it, executives will speak of good things they expect to happen on conference calls before they happen. They only mention mistakes afterward.”

Bitcoin is on a tear. According to venture capitalist and bestselling author James Altucher, this one could be the biggest boom in our lifetime.

“I already made an investment that returned a total profit of $1.8 million… from one single cryptocurrency trade!” says James. “I recently bought another cryptocurrency for just 52 cents. And it’s already up 800% in just three weeks!”

Want to know exactly how he does it? Click here to claim your free six-video series Masterclass on Cryptocurrencies today.

Amazon (AMZN) waded into the food delivery space this morning, creating a Bezos–sized headache for Uber just weeks after a disappointing IPO.

The Jeff Bezos Everything Machine led the way in a $575 million investment into Deliveroo, an international competitor to Uber’s food delivery service, Uber Eats.

This is especially distressing for Uber’s early investors, considering the overwhelming majority of Uber’s growth now comes from its food delivery service. (That’s the downside of everybody already using your app – no growth.)

Uber Eats has been extremely competitive, especially in the U.K., but a cash injection of this size could give Deliveroo an edge. (Replace delivery drivers with real kangaroos?)

That was a bit of a disaster. Amazon has since pulled out the U.K. delivery scene and scaled back Amazon restaurants to just 22 U.S. cities.

However, by going through Deliveroo, Amazon stands to benefit from the company’s specialized expertise. And there’s no better time than the present.

Per Statista (another Saturday morning cartoon villain), the food delivery industry is expected to see a compound annual growth rate of 9.3% between now and 2023.

According to the Financial Times, Amazon was in talks with Deliveroo to buy the company outright but the two couldn’t reach a resolution. Amazon is desperate to make inroads into the space here and overseas.

Amazon’s investment will grease those wheels. I wouldn’t be surprised if we see a total acquisition before the end of next year.

Facebook Has Created a Monster, Wants Someone Else to Take Care of It

In an interview with CNBC, Facebook’s COO Sheryl Sandberg says its “fair” to ask Facebook to “break up” but that it wouldn’t solve any of the company’s actual problems. (It’s not our job to solve your problems, Sheryl.)

“I think the right answer is to set up the right rules for the internet,” said Sanberg, predictably punting the responsibility to the government. “You could break us up, you could break other tech companies up, but you actually don’t address the underlying issues people are concerned about.”

Sandberg says that Facebook’s biggest issues (privacy, election security, drunk photos of me) are issues that all tech companies face. (And because of that, they shouldn’t be held accountable for totally donking it up all the time.)

You either underpolice and end up allowing it to turn into a hub for radicalized weirdos and my mom. Or you overpolice and folks get mad for infringing on their rights to free speech.

Instead, Zuckerberg wants the government to step in and take over. (Which is kind of like Victor Frankenstein asking the village council to “step in” and teach his monster not to smash through walls.)

Sandberg called for increased regulation in Washington and Europe that would take responsibility out of their hands and put it in the hands of some third-party regulatory body.

In which case, you can look forward to some government bureaucrat sifting through your posts deciding what you can and cannot say online. (I see you, Darrell!)

The other option, which is being floated by campaigning Dems right now, is to invoke antitrust law to break up Facebook and turn it into several smaller companies.

Either way, we’re at a turning point for the internet as we know it. We’re watching this one closely.