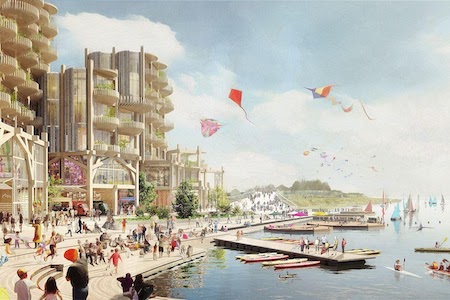 [ED NOTE: Have you listened to the One Last Thing podcast yet? It’s everything you love about One Last Thing, but read to you by a man losing his mind in his own kitchen. Listen to it on your commute to nowhere or take it to your home gym. You can listen to the latest episode here on Spotify or iTunes. Or simply search your preferred podcast app for “One Last Thing by Shane Ormond.”]

Google has decided not to build a futuristic utopia in Canada because everything sucks right now.

The most puzzling part of Google’s vision of the future is a bold prediction that, as a society, we’ll get really into kites again.

For more than two years, Sidewalk Labs has been working with the city of Toronto to develop a prototype smart utopia, complete with heated sidewalks, public Wi–Fi, and sensors that track your every movement. (Every recipe for a technological utopia has a dash/a couple of gallons of dystopia.)

The Quayside project struggled with its fair share of opposition from Torontonians who don’t want to live in the 1993 Sylvester Stallone vehicle Demolition Man. But the straw that broke the camel’s back was a global pandemic that set the planet back ten years. (It was a big a piece of straw.)

Sidewalk Labs CEO Dan Doctoroff said the project was no longer financially viable given the “unprecedented economic uncertainty” as a result of the planet’s butt falling off.

“It has become too difficult to make the 12–acre project financially viable without sacrificing core parts of the plan we had developed together with Waterfront Toronto to build a truly inclusive, sustainable community,” said Doctoroff, who has the perfect name for an evil scientist Spider–Man villain.

“And so, after a great deal of deliberation, we concluded that it no longer made sense to proceed with the Quayside project, and let Waterfront Toronto know yesterday, SPIDER–MAN.”

(Is it a violation of journalistic integrity to intentionally misquote someone? Yup. Is it funny though? Darn tootin’.)

Waterfront Toronto, a government–appointed nonprofit that partnered with Sidewalk Labs on the project, released a statement saying it was not consulted on the decision to end the project.

“While this is not the outcome we had hoped for, Waterfront Toronto offers thanks and appreciation to Sidewalk Labs for its vision, effort, and the many commitments that both the company and its employees have made to the future of Toronto,” said Waterfront Toronto, who is definitely single now if anyone’s interested.

Drug trafficking routes have been disrupted by measures implemented by governments to slow the supply of coronavirus. (So if you’re Cocaine Box subscription hasn’t arrived this month, you know why.)

Illicit drugs — like heroin, cocaine, and any fluids that drop out of Charlie Sheen — piggyback off of legal travel and shipping to move across borders.

With the conventional supply routes shut down due to restrictions put in place to tackle COVID–19, traffickers are seeking out alternative routes to get their product to the consumer, according to a new report by the United Nations Office on Drugs and Crime (UNODC).

(God, I hope they go back to shipping cocaine through the Everglades. I love a good fan–boat chase.) 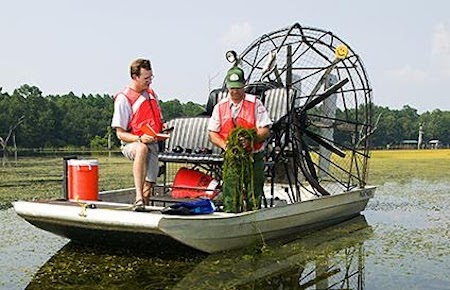 In the long run, the fallout from the coronavirus has the potential to lead to a lasting and profound transformation of the drug markets, says the UNODC.

“The effect can be fully understood only after more research is done,” says the UNODC. “The economic difficulties caused by COVID–19 may affect people who are already in position of socioeconomic disadvantage harder than others.”

For the large part, however, the supply chain for cannabis has remained resilient. Unlike cocaine or heroin, the supply of sticky icky is backed up by farms right here in the U.S., Canada, and my neighbor who doesn’t realize the entire neighborhood can see his grow–op lit up like a Christmas tree at night.

Turn off the smoke machine. Send the magician packing.

Give the clowns their check but, for God’s sake, make sure it’s from the “special account” that always bounces.

The jobs party is over folks. And like the morning after a rager at Corey Feldman’s house, there’s a vague sense that nothing will ever be the same again (and there’s a Vice camera crew there for some reason).

In a matter of weeks, we’ve gone from one of the lowest unemployment rates in decades to the highest since the Great Depression. (Boy, I had not anticipated I would be writing the words “Great Depression” this year as much as I have. I should make a word macro.)

The U.S. economy forfeited a record 20.5 million jobs in April, driving the unemployment rate to 14.7%. It’s not quite as bad as Great Depression levels of 24.9%, but you have to go all the way back to the GD to find any figures that are higher.

Despite the dismal picture painted by the Department of Labor, markets surged this morning. Investors are optimistic that the worst is over and, as states reopen, we should see a sharp correction in those crummy figures.

“If there is a silver–lining in today’s dismal jobs report, it is in the realization that the economy cannot possibly get any worse than it is right now,” Chris Rupkey, chief financial economist at MUFG Union Bank told CNBC.

This week we talk Tesla’s tribulations, Lyft’s quarterly, and a whole bunch of dead people who are getting paid by the U.S. government.

Fill your ears, folks. Subscribe to our feed and you can listen to every episode as soon as it drops on Friday, even before you get the email alert in your daily One Last Thing.