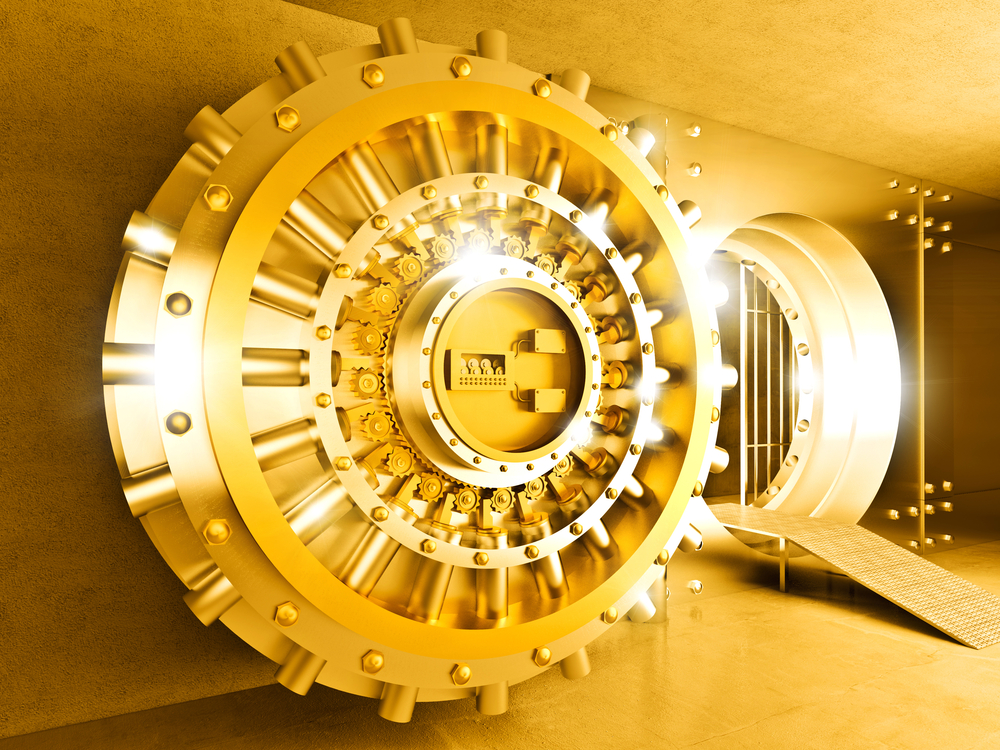 Gold: What You’re Not Being Told…

There’s been plenty of virtual ink spilled about the most contentious metal on Earth — that “barbarous relic” we know as gold.

Consequently, much is now commonly known about the Midas metal.

To name a few fun facts…

Gold melts at 1064.43 degrees centigrade, can conduct both heat and electricity and never rusts.

It was considered by ancient Egyptians as the “skin of the Gods.”

It has been discovered on every continent on Earth.

It’s so pliable, it can be made into sewing thread and a single ounce of golden thread can be stretched up to 50 miles.

It’s so rare that the world pours more steel in an hour than it has poured of gold in all of recorded history.

(For more fun facts about gold, check out The Power of Gold: The History of an Obsession.)

Because of its unique properties, the potential applications for high-tech (especially biotech) are constantly expanding.

As the latest example, a few innovative companies are, through an unusual process of gold bio-marking, beginning to revolutionize how we think about cancer treatment.

In the ever-elegant words of Joe Biden, “This is a big [expletive deleted] deal.”

To fill you in on the details, we invite Ray Blanco, Chief Technology Analyst at Agora Financial, to talk about gold’s foray into cancer treatment.

Let’s talk about gold. But not in any way you’ve likely read about ever before.

You know everything there is to know already, right?

That gold has been real “money” for all of human history…

That Gold is scarce; it has unmistakable properties; and it does not rust, wear out or fade…

That even in today’s crazy Trump market, gold is one of the only “safe-haven” assets.

But forget about what you know about gold right now. Because gold has the potential to do much more than just protect wealth…

That’s because its unique properties extend way beyond what’s obvious to the naked eye.

In this particular industry, gold will create wealth… and make investors rich.

The industry I’m talking about is biotechnology.

Believe it or not, gold is an excellent delivery vehicle for a variety of biotech-related applications, since it has the ability to take up and hold proteins on its surface.

It can carry everything from genes to stem cells. As a plus, gold isn’t rejected by the human body.

Because of this, gold could be revolutionary in the treatment of disease.

I’ll get to that in a moment. But first, before gold can treat you, you have to be diagnosed.

…And I believe gold will completely transform the multibillion-dollar diagnostic market forever.

Instead of waiting days or weeks for an expensive blood test done at a lab, you will be able to have an answer to your health-related question in a matter of minutes — in your very own home.

It’s currently in the works. And since early detection is key to curing many diseases — including cancer — in-home, gold-enabled diagnostic technology will help save countless lives.

… But as I mentioned earlier, we could see the same minute gold particles revolutionize cancer treatment.

Gold’s chemical configuration has captured the imagination of biotech researchers. It is being closely studied in university labs around the world. One day, it might even help cure cancer.

Researchers at prestigious institutions like the Mayo Clinic, the MD Anderson Center, Rice University, the Georgia Institute of Technology and more have all been figuring out how to kill cancer cells using gold nanoparticles.

Essentially, scientists coat tiny particles of gold — as small as 60 billionths of a meter — with antibodies that bond easily to cancer cells.

Once injected, they attach themselves to the cancer cell, where the gold naturally migrates inside the cell. From there, doctors can hit the gold concentrations with a laser that destroys the cancer.

What about cancers hiding where lasers can’t read? They’re working on that, too. One potential method is to “load” the gold nanoparticles with a toxin that will only be triggered once it has entered a cancer cell.

The point is, gold may be the “magic bullet” for detecting and surviving cancer. I guarantee that’s the biggest secret application of gold you’ve never read about.

And while this research is still in its earliest stages, it’s the foundation for huge fortunes for early investors.

To a bright future,