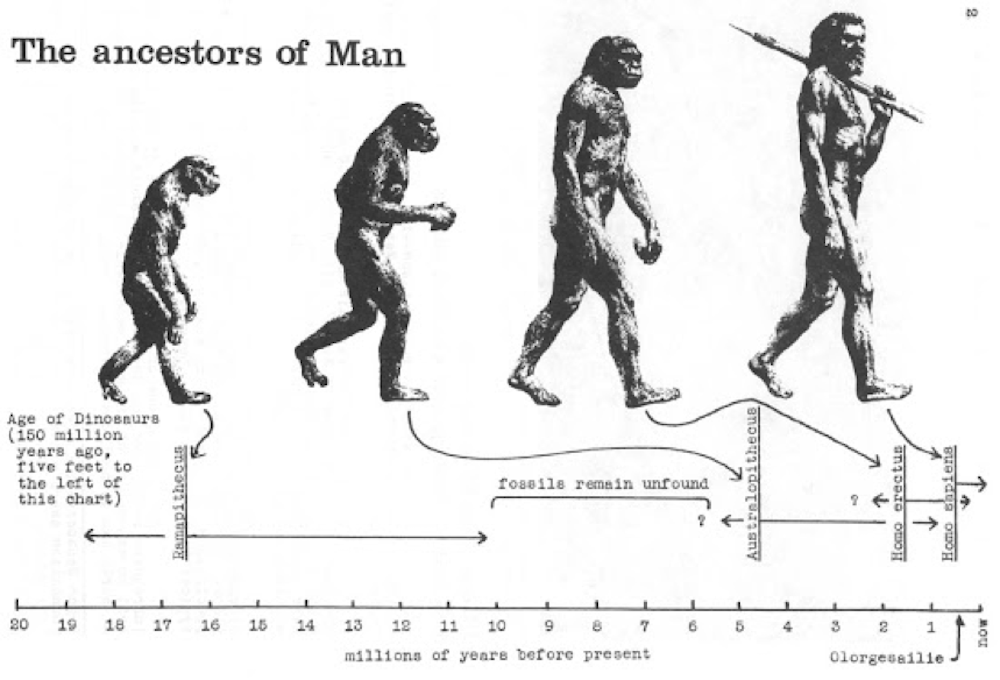 “Before Gold, There Was Meat”: Rise of the Bitcoin Carnivores

More than 10,000 readers have hopped on James Altucher’s LIVE cryptocurrency event, “How to Make a Fortune in the Cryptocurrency Space.” It all happens next Monday at 1PM, EDT. 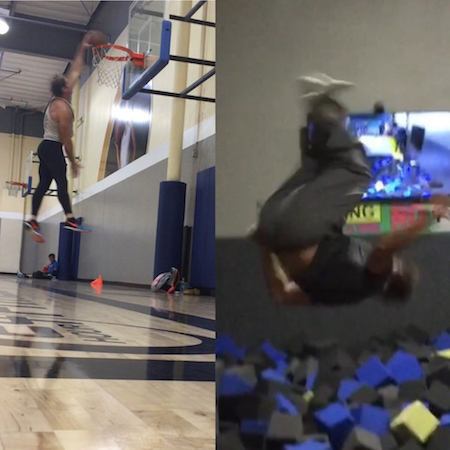 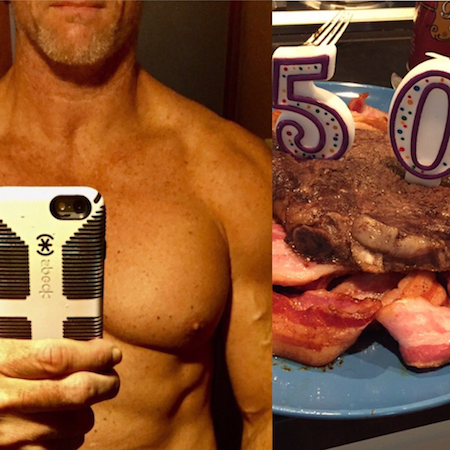 His diet consists of meat and water. He eats, on average, about four pounds of steak a day.

“Meat is complete,” is his philosophy. It’s all you need to eat.

“Humans followed their food to the ends of the earth,” says Baker. “Those humans that could not survive on just fatty meat did not fare well.”

And, curiously, although he doesn’t own any bitcoin yet (“soon,” he told me), he’s an unlikely thought leader in the bitcoin space.

How could, you might wonder, a doctor who doesn’t have any bitcoin be an increasingly prominent voice in the bitcoin community? Well, to answer that, you must understand what bitcoin is.

The bitcoin ecosystem is an eclectic one. The technology brings together a wide spectrum of thought leaders from many different fields.

As Ferdinando Ametrano put it: 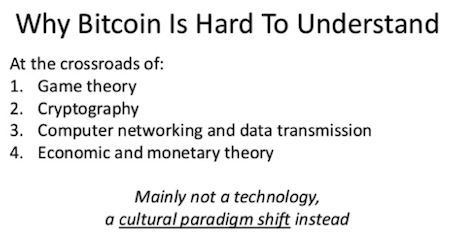 “Bitcoin,” Jameson Lopp, an engineer at BitGo, says, “is a living protocol that emerges from a melting pot of ideas, philosophies, cultures and politics after they undergo trial by fire.”

One of the most interesting and offbeat creatures emerging from this ecosystem, then — those giving Shawn Baker an increasingly bigger platform — is the “Bitcoin Carnivore.”

Their motto: “Use only Bitcoin, eat only meat.”

Rise of the Bitcoin Carnivore

“The 20th century was disastrous for human health and wealth, and the rise of central banking and industrial food was clearly a major reason why,” Michael Goldstein, founder of the Satoshi Nakamoto Institute and a vocal Bitcoin carnivore, told Vice Magazine. “Bitcoin is a revolt against fiat money, and an all-meat diet is a revolt against fiat food.”

Saifedean Ammous, a professor of economics at the Lebanese American University and another bitcarnivore, said: “The people who tell you to eat your 6-10 portions of indigestible toxic grains ‘for a healthy and balanced diet’ are the same kind of people who tell you central banks have to determine interest rates for a modern economy to function. You can choose to listen to them and watch your wealth and health disappear or you can think for yourself.” 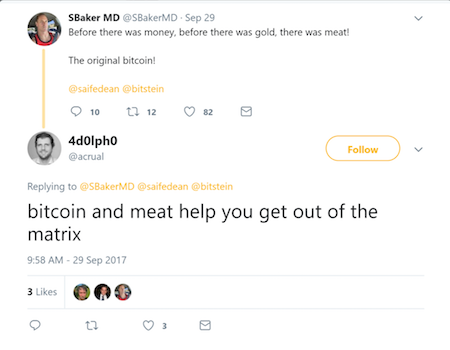 Bitcarnivores point to the growing obesity and disease rates as their raison d’etre. And on this point, they’re onto something.

A recent analysis  published in The Lancet shows that child obesity rates have ballooned ten-fold in just the past four decades.

And Ammous believes more meat is the answer:

“This isn’t just due to excessive sugar,” he says, “insufficient meat too. Exercise is no substitute for good diet; it raises dietary requirements, which means gorging on junk for most kids. Even active kids are fat. ‘Eat less, exercise more’ is driving child obesity. Kids need more food but only fatty meat, not junk, sugar, candy, vegetables, or fruits. Obesity is a symptom of malnutrition. If diet is lacking in essential fats & proteins, body gorges on sugar, converts it to fat & stores it.”

To be sure, it’s not just bitcoiners embracing the all-meat diet. 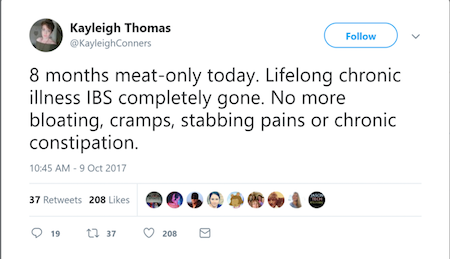 But a quick peruse through social media proves the worlds do seem to be colliding. 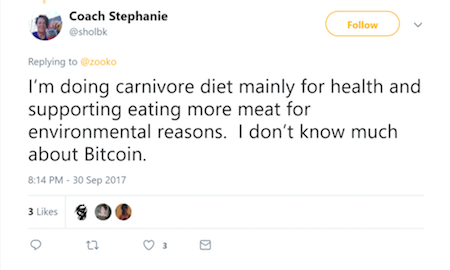 If you want to learn more about ‘why carnivore, why now,’ the bitcarnivores have put together a comprehensive resource to back up their lifestyle: justmeat.co 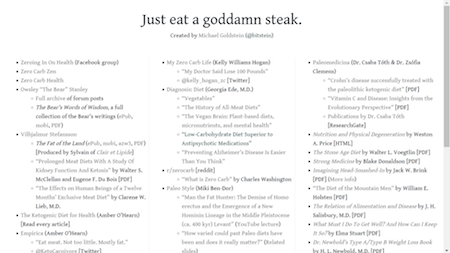 And I’ll leave you with some advice from one bitcarnivore, @Bitstein:

[Ed. note: As mentioned, more than 10,000 readers have hopped on James Altucher’s LIVE cryptocurrency event, “How to Make a Fortune in the Cryptocurrency Space.” It all happens next Monday at 1PM, EDT. Click here to reserve your seat right now.]