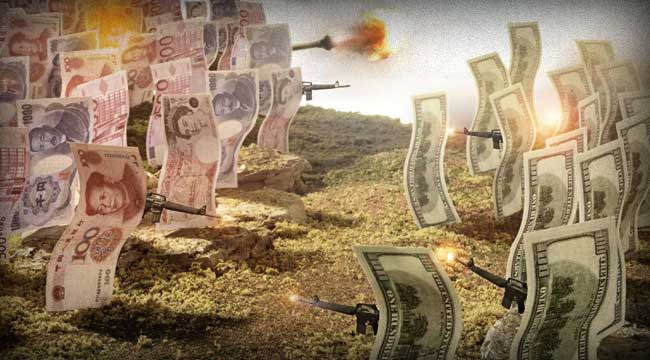 “The best time to buy bitcoin was eight years ago,” Roger Ver (AKA “Bitcoin Jesus”) wrote on Zuckerbook yesterday.

Underneath this statement, Ver provided a link to a video titled, “Bitcoin will hit $10,000 and even $1 million, experts say.”

Now, before I show you what was on the other side of that link, allow me to tell you upfront…

Although I am certainly an enthusiast of the cryptocurrency, and see what incredible potential its technology holds for humankind (especially in terms of helping us shake off these pesky parasi-poli-ticks), I am always a skeptic of bitcoin price predictions.

Especially ones that say bitcoin will rise to $10,000… or even a million freaking dollars per bitcoin.

Alas, I am only human. So I clicked.

“Bitcoin,” former Facebook executive Chamath Palihapitiya says in the first segment, “and things like it, [are] the equivalent of the ‘Red Pill.’ We are entering a world of uncharted waters right now.”

The video then goes on to feature several notables — Sir Richard Branson, Bill Gates, Max Keiser, Rickard Falkvinge, and more — talking about bitcoin, its future and its potential as currency. 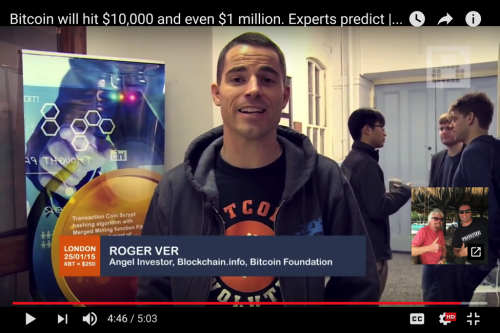 Few who talk about bitcoin, though, I’m sure many cryptonauts will agree, are more eloquent than Mr. Andreas Antonopoulos.

Especially when the topic of conversation becomes how governments just can’t help at this point to make bitcoin relevant and “a thing.” 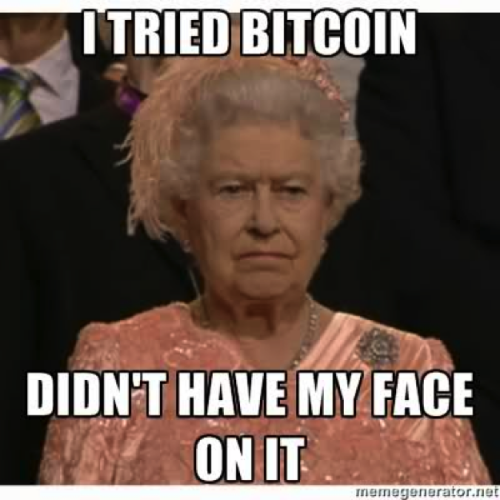 Antonopoulos, to put it simply, sees the vision.

To channel another highly-esteemed passionately eloquent individual, he has been to the mountaintop, Antonopoulos has seen the Promised Land.

So be happy tonight. Don’t worry about anything. Fear no man.

(Look into whether or not buying bitcoin makes sense for your portfolio.)

For the glory — and the scary last gasps of fascism — are upon us. And destiny waits for nobody.

[Ed. note: The following article was painstakingly transcribed (I’m a pretty slow typer) and adapted via yours truly from a talk Andreas did at the Coinscrum 2016 conference called “Currency Wars and Bitcoin.” I think it was worth the effort. I hope you agree.]

One of the things about Sim City which was really cool was that you had full, unilateral control over the economy. And one of the dials you could tweak was the income tax. It was always tempting because you could just go in there, and if your budget wasn’t quite balancing and things weren’t quite going the way you wanted and you couldn’t build as fast as you wanted, you could just take the income tax from five to six percent. And then you could take it from six to seven percent.

There were consequences of course. One of the ways you learn those consequences is when you go too far. Say you go from five to fifteen percent, and you fill your coffers because the income tax just comes flying in. But you watch your population take a nosedive as everybody leaves your city.

Those kinds of games have a name. They’re called God Games. And the reason they’re so satisfying to play is because they allow you to play God over a helpless population.

You could launch a tornado, an earthquake, a massive fire, or a tsunami… or even a Godzilla attack on your city. And guess what? None of those attacks were as successful at draining your city than raising the damn income tax.

The point is that citizens are held hostage by these God Games.

So, let me throw out some names of countries and see if you can see something in common: Greece, Cyprus, Spain, Venezuela, Argentina, Brazil, India, Turkey, Pakistan, the Ukraine. What do these countries have in common?

They are all currently embroiled in either domestic or international currency wars. And the people in these countries are hostage to these currency wars.

In India, with less than four hours notice, the Prime Minister Modi announced that the two highest denomination bills — the 500 and the 1,000 rupee — would no longer be valid tender. And would cease to be legal tender in four hours. Thus removing 88% of cash in circulation, in a country where 95% of transactions happen in cash. Where 65% of the population has no bank account. And where 25% of the population has no ID with which to open a bank account.

In my opinion, this is going to be seen in the future as a natural disaster which wasn’t natural. Entirely manmade.

Make no mistake. This is an experiment that is being engaged on 15% of humanity as experimental subjects.

And these experiments are accelerating. There is a global war on cash going on. We have reached that point in history where it is within the grasp of world governments to once and for all eradicate cash. Cash being the ultimate, peer-to-peer, transparent, private form of money that allows individuals transact locally within in a community is now being eradicated in favor of digital transactions on platforms that allow for surveillance, control, confiscation, and negative interest rates.

And all of these things will follow very closely once cash is no longer part of the picture. That’s their hope.

Hopefully, you’ll join me in ruining that dream.

[Audience woops and claps and hollers]

But there is another currency war going on and this is an international currency war. This is where nation is pitted against nation using its flag money — its national currency — as a trade war instrument, in order to tip the trade balance and erode the national debt in countries which are suffering from enormous debt loads that have no hope of ever paying back.

And so if you are a government and you have debt measured in the billions or trillions of dollars, how do you best pay back that debt? By increasing standards of living and productivity until you can grow yourself out of it? Or… by confiscating the savings of retirees and the middle class, destroying an entire generation of workers and having them pay through a shadow tax — through inflation.

Of course, that’s not how they sell it. They don’t say, “Our plan to exit the debt is to destroy pensioners and the middle-class and create a system of shadow taxation and confiscation to bail out the banks and bail out the government debt.”

What they say instead is, “This will eradicate black money. This will permanently end corruption. And we will win the war on crime.”

And everybody says “Hey! That sounds like a great idea! Let’s go for it.”

This premise is almost always wrapped in popular nationalism. The great scourge of the emerging 21st century is the resurgence of populist nationalism.

And just like the politicians wrap themselves in the flag, they also create associations with their national flag money.

If you disagree with the idea that a whole generation of young people should find themselves permanently unemployed… or underemployed… or working in McJobs… then you are a traitor to the nationalist ideal of solving crime and black money and corruption. You probably have some corrupt money hidden, don’t you? That’s what motivates you.

And that is exactly the tone of the discussion that’s happening right now. In places like Turkey, where Erdogan announced that it was everybody’s duty, as a Turkish citizen, to sell their dollars and buy lira and gold in order prop up the nationalist pride.

Where Modi in India used the same exact rationale to get everyone to suffer just a little bit. Because the people suffering the most have no voice. They are invisible. Especially in India.

And the middle class who suffers a bit can wrap itself in the flag and go for these nationalist ideas.

In the currency wars, there is one force that stands neutral, as a safe haven, as an exit strategy, as a way for people to say, “You know what?! You go ahead. I’m going to opt out.”And that’s bitcoin.

Bitcoin is now standing at the precipice of becoming the safe haven asset for billions of people around the world who, for the first time, will have the opportunity to say, “I see where you’re going. I don’t believe in your nationalist bullshit. I see the exit sign. I’m going to go this way.” And leave.

Bitcoin is going to represent, in many of these countries, a direct affront to sovereignty. And when sovereigns see a direct challenge to their rule, to their decisions, as arbitrary, capricious and unilateral they may be, as unconcerned with the governed they may be, they will apply the full force that they have in order to fight that threat.

They will fail. But it’s not going to be easy.

When these things start happening, the equilibrium between currencies changes. We’ve already started seeing this. If you want to buy bitcoin in India today, be prepared to pay over $1,000.

The Chinese yuan has devalued six times so far in 2016. And every time the Chinese yuan devalued, bitcoin’s value went up by about a billion dollars, as millions of Chinese went for the exit.

Every time this happens, a premium is paid.