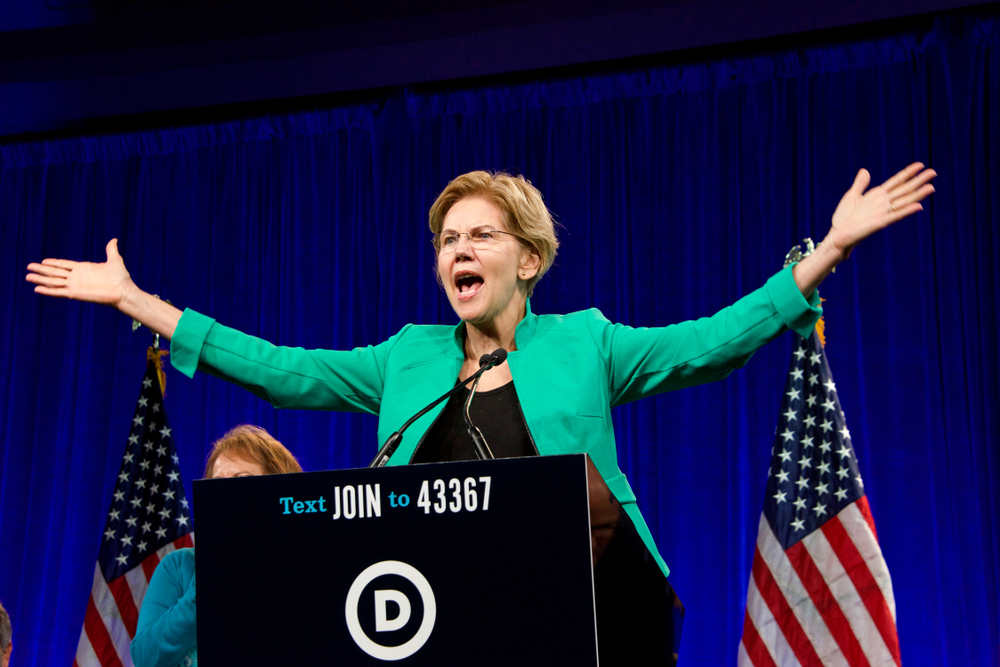 The decline has affected the nation’s top producers of insufferable ding dongs who will never let you forget what school they went to, including Harvard, Stanford, the Colombia School of Business, and MIT.

Dartmouth College’s Tuck School of Business (not to be confused with Friar Tuck’s School of Biscuits) was hit particularly hard this year, posting double-digit percentage declines.

Applications fell at a steeper rate in 2019 than in previous years. And this marks the fifth straight year applications to M.B.A. programs in the U.S. have fallen. (And the 383rd straight year Harvard has churned out a bunch of insufferable elitist dweebs.)

According to the nonprofit Graduate Management Admission Council (GMAC), applications are down 9.1% from the prior year, compared to a 7% drop from the year before. 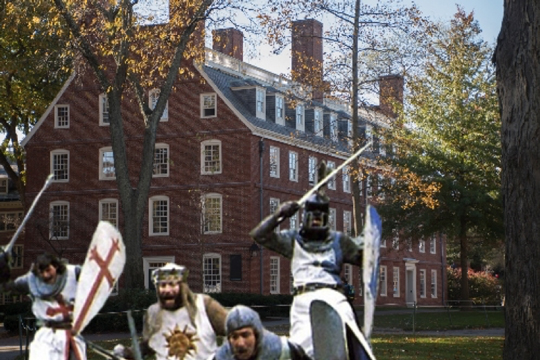 Education experts are pointing the finger at a perfect storm of harsher immigration policies, tensions with China, and the growing appeal of high-paying jobs in the tech industry (where you get to sit on a beanbag or play ping pong on your mandatory eight-hour lunch break or whatever crap Google is innovating these days).

China sends more business school students overseas than any other country. But (I don’t know if you’ve heard) we’re not exactly on the best terms with the grand Red Dragon anymore.

Increasingly, Chinese business students are choosing schools within Asia or just going to school in China, where they have all their brands and won’t be accused of being a Chinese spy and stuff.

The GMAC attributes this migration of students to other less awesome countries to harsher immigration policies that have made it more difficult for international students to obtain employment visas post-graduation.

“There’s perception, which we absolutely pick up in our data, that the U.S. is not a welcoming environment,” Sangeet Chowfla, GMAC’s chief executive, told the Wall Street Journal.

“It’s not happening in a vacuum: It’s happening at a time when these global alternatives in other parts of the world are also emerging.”

Yesterday, 63 business school deans and executives sent an open letter to President Trump calling for significant changes to the immigration process for highly skilled applicants. (Folks are always sending “open letters” to the government. Do they not know you can just lick the flap and close it?)

The group argued that failing to attract these highly skilled workers will damage long-term economic growth in the U.S. and put us at a disadvantage when competing on the international stage.

Meanwhile, in case that doesn’t work out, some schools are crafting a genius backup plan.

According to reporting by the Wall Street Journal, America’s most prestigious business schools are trying to attract more applicants with creative courses like the Colombia School of Business’s Leadership Through Fiction course, which teaches leadership lessons through HBO’s Game of Thrones. 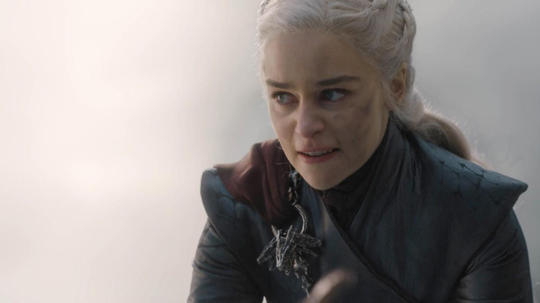 Daenerys, like all good CEOs, burned her company’s reputation to the ground just before IPO.

AMC Wants to AMSee the Inside of Your Living Room

In the latest blow to going outside, AMC Theatres is launching a streaming service that will allow you to rent or buy its movies from the comfort of your own home where NOBODY CAN MAKE ME PUT ON PANTS.

The world’s largest popcorn pusher will roll out a suite of 2,000 movies next Tuesday to members of its AMC Stubs loyalty program. (Coincidentally, MC Stubs’s Loyalty Program is the title of my new rap album.)

“With more than 20 million AMC Stubs households, and with our website and smartphone apps already being visited hundreds of millions of times annually by movie fans, AMC Theatres is in a unique position to promote specific movies with greater personalization than has ever been possible before,” said AMC Theatres CEO Adam Aron while frothing at the mouth.

Reportedly, AMC has deals in place with every major Hollywood studio (including the one that cloned the Baldwin brothers) to make select films available after the traditional theatrical window has closed. (You have to maintain the sanctity of the theatrical window or Steven Spielberg will stop making movies.)

Imperial Capital analyst David Miller said in a note to clients that the move will foster loyalty and eat up market share from competitors.

“In general, more services tacked on to loyalty programs in price elastic businesses tend to, more often than not, foster more loyalty,” Miller wrote. “That has been the case over the years in the airline industry as airline loyalty programs have grown more sophisticated.”

Editor’s Note: Back when we were still rewinding videotapes like a bunch of chumps, one man predicted the rise of Netflix and the streaming wars of today’s headlines.

George Gilder is one of the leading tech prophets of the 21st century. And tonight at 7 PM EST he’s unveiling his three biggest predictions for 2020.

To attend this special event for free, simply click one of the links below and we’ll send you an email reminder before the event starts.

Former Vice President Joe Biden is still technically the frontrunner in a national average of all polls. But as Warren edges ahead in some state polls, Joe’s numbers are falling steadily.

The candidates ain’t idiots (well, not all of them anyway). They’re looking at the exact same data we are and they can see the writing on the wall.

(And the writing says: Joe’s eyes are exploding and he doesn’t know where he is. Take down Warren. Also, pick up milk.)

The more-moderate (and decades’ younger) candidates presented a united front against Warren, attacking her more progressive policies as unrealistic and misleading.

The biggest point of contention of the night was Warren’s refusal to say whether or not her healthcare plan (which is actually just Bernie Sander’s Medicare for All) would raise taxes for the middle class.

Warren repeated a stock claim that “costs would not go up” for the middle class, implying that taxes would go up but would be offset by free healthcare. But she avoided actually saying “taxes would go up” like Joe Biden avoids atmospheric pressure that might cause his eyeballs to explode.

“At least Bernie is being honest here, and saying how he’s going to pay for this and that taxes are going to go up,” said Minnesota Senator Amy Klobuchar said: “I’m sorry, Elizabeth, but you have not said that and I think we owe the American people to tell them where we will send the invoice.”

”This is why people are so frustrated with Washington in general and Capitol Hill in particular,” said Pete, glossing over all the hundreds of other reasons I hate politicians.

Pistol Pete was the media darling of the night, drawing praise from a broad array of publications on both sides of the aisle.

“Buttigieg has been called the breakout star of the Democratic field – though he has recently struggled to distinguish himself,” wrote Schoen. “[Last night] he was able to make a compelling case as a young, center-left candidate from a swing state with a military background.”

“Buttigieg was particularly strong during a tense exchange with Rep. Tulsi Gabbard of Hawaii over President Trump’s decision to withdraw troops from northern Syria, delivering a response that elicited cheers from the audience.”

Bernie Sanders delivered a strong performance for a man who just had a heart attack, while former Vice President Joe Biden was… also there.

Where does the WSJ dig up these hacky opinion writers?

U.S. Manufacturing is in Recession

In our latest edition of Recession Watch, we’re taking a closer look at U.S. manufacturing. (Recession Watch is probably our least fun regular feature but it ain’t about billionaire pedophiles or serial killers, so it’s got that going for it.)

The good news is, according to two-thirds of economic forecasters surveyed by the Wall Street Journal, U.S. manufacturing isn’t heading for a recession. The bad news is it’s already in recession and we didn’t notice.

The surveyed economists cited the anxiety over uncertainty in trade, weak global growth, and U.S. political developments as the cause of their bleak economic outlook.

Manufacturing is a relatively small slice of GDP, making up about 11% of total output and 10% of total private employment. A recession in the sector doesn’t necessarily mean we’re headed for a full-blown recession just yet. That said, manufacturing data is watched closely because it often contains red flags about demand in the wider economy.

And, as I’ve harped on about in past editions of Oh No, The Economy, it doesn’t take a huge catastrophic event to crash the economy. A succession of smaller “mini catastrophes” can chip away at stability and snowball into a full-blown global crisis.