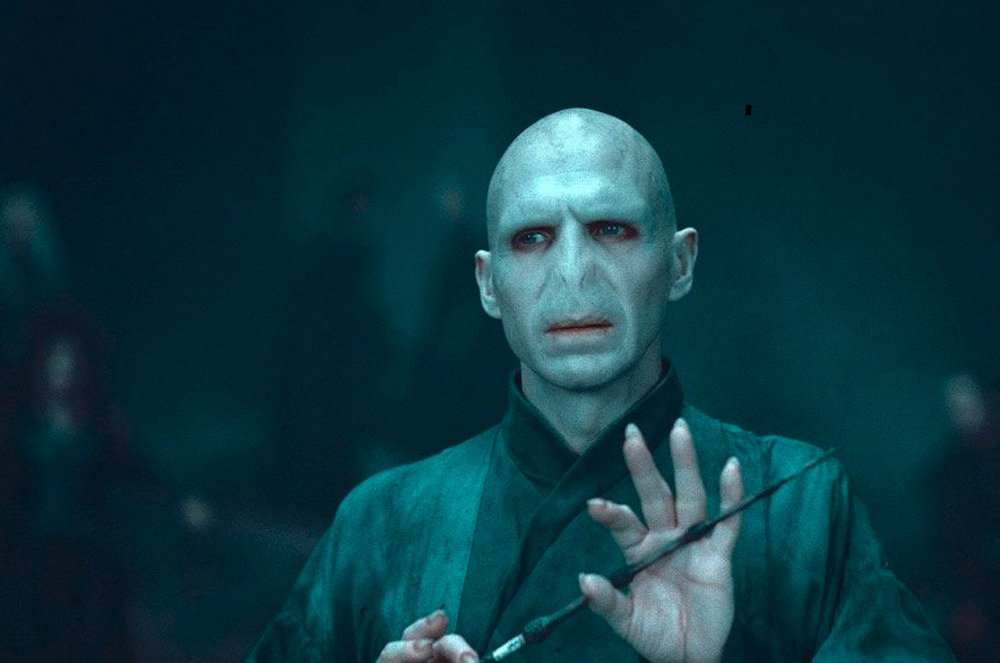 As part of a broader antitrust investigation, the FTC is asking Facebook’s competitors (and former competitors it crushed into the dirt) about the company’s “hardball tactics.”

According to sources inside the industry, the FTC has already made contact with dozens of tech executives and app developers. But they may have struck gold with one company nursing a long (and well-documented) grudge against the social media giant.

According to a report by the Wall Street Journal, the legal team of Snapchat owner Snap has for years maintained a dossier of all Facebook’s underhanded business tactics, codename: Project Voldemort.

(Named thus because, as we all know, Zuckerberg split his soul into seven pieces and stored them in Facebook, Messenger, Instagram, Whatsapp, Oculus, Masquerade, and Peter Thiel.)

Among the alleged wrongdoings detailed in the dossier (compiled by the app that makes it look like you’re puking rainbows) is an incident involving a meeting between Lord Zuckerberg and the leaders of several prominent startups; including Evan Spiegel, CEO of Snap, and Dennis Crowley, co-founder of Foursquare.

According to the dossier, Zuckerberg gave the startups an ultimatum: accept my buyout or I’m going to use my money magic to copy your products and force you out of the market. 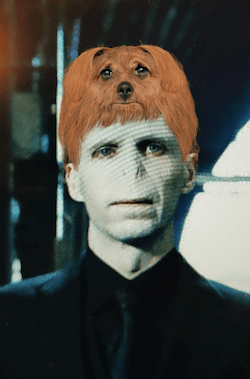 The FTC’s antitrust investigation could hinge on this tech.

“This is competition at work and one of the longtime hallmarks of the tech sector,” she said. “Businesses continually build and iterate on concepts and ideas in the marketplace — making them better or taking them in different directions. This is good for consumers.”

Project Voldemort also alleges that Facebook-owned Instagram hobbled Snapchat’s content on the platform, even going as far as to threaten influencers who linked to Snapchat or posted Snap content.

Note: An Instagram influencer is a person with no personality and millions of followers who makes hundreds of thousands of dollars a year hocking protein powder and herbal supplements.

Snap execs say in the dossier that Instagram was blocking searches of Snapchat-related terms. And in 2016, the half-naked picture app started to pressure influencers to stop linking to Snapchat by threatening to void their “verified” status (which lets potential advertisers know a channel is popular, legitimate, and therefore bankable).

Facebook’s aggressive tactics have long been a concern in the Valley. So I expect this is just the first of many [insert cartoon villain name] dossiers to hit the media.

For its part, Snap is probably best known in financial circles for its disastrous public market debut two years ago. But it’s since gone on to reclaim a large portion of young social media users and become one of the best performing tech stocks of 2019.

Shares in Snap have risen nearly 200% since the start of the year, blasting past its peers in the tech sector. Facebook made a 40% gain in that same period.

Canadian cannabis stores are having to shut their doors three days a week due to a rolling North American cannabis shortage. (Which suits employees fine because you can watch a lot of SpongeBob with a five-day weekend.)

Despite licenses being granted to an unprecedented amount of growers in Canada and the United States, suppliers have not been able to keep up with the huge explosion of demand that goes hand in hand with legalization. (And that can be detrimental to the enjoyment of the aforementioned sponged Bob.)

Nobody’s going to shed a tear if my nephew Jeremy can’t get weed for his Planet Earth marathon. But in places like Michigan and Philadelphia, medical marijuana dispensaries are facing shortages as demand spikes and supply dwindles.

“Our demand far exceeds our product supply,” Chris Visco, president of TerraVida Holistic Centers, told the Philadelphia Inquirer. “Our inventories are down to about one-third of what they should be. We’ve been setting sales records every week, but because of the drought, patients have been taking whatever they can get.”

“There’s definitely been a palpable shortage of product in recent weeks, especially in the southeast,” Mike Badey, owner of Keystone Shops, told the PI. “Sativa flower – which is what patients say they use during the day so they don’t get drowsy – has been very hard to keep in stock. I think it’s because there have been so many new people added to the patient base.”

One of the primary causes of the Great Marijuana Drought of 2019 (as it shall be known in the history books) is the boom of weed-infused food and drinks (and shampoos and oils and all sorts of crap).

The boom in growers is offset entirely by producers snapping up the weed to put it in drinks and gummies and other fun stuff that’s easier to sell than a dried plant you have to set on fire and inhale.

But there may a reprieve on the horizon.

Located just 25 miles from cornhole capital of America, Cleveland, Ohio, someone is building an experimental greenhouse of over 1.4 million square feet (about nine Costco warehouses).

With 27 million watts of electricity and a 100% closed-loop water recycling system, it’s capable of producing Lucifer’s arugula at unheard-of levels.

At full capacity, it could pump out nearly 341,000 pounds of marijuana every single year. To put that into perspective, the entire Canadian market right now only produces 132,000 pounds.

This single facility could end the marijuana drought single-handedly. Which is why our analysts are calling this “the only marijuana stock you’ll ever need.”

Click here to discover the little-known marijuana stock that could soar an estimated 30,666%, starting as soon as midnight tonight.

Don’t delay. These guys are scheduled to send out their first shipment today. And once they do, the cat’s out of the bag.

The NYSE Sees a Future in Bitcoin

The owner of the New York Stock Exchange launched its very own bitcoin-based futures market yesterday.

The market, known as Bakkt, was scheduled to roll out in November of last year. But the exchange’s parent company, Intercontinental Exchange Inc. (ICE), struggled to lock down approval from the FTC.

According to a spokesperson for the exchange, trading began shortly after 8 p.m. last night with a trade of $10,115, the equivalent of one bitcoin at the time.

Bakkt is part of a venture supported by some of the world’s biggest companies, aiming to make bitcoin more transparent and regulated for everyday use. (But if that happens, how will Russian cyber terrorists get their ransoms?)

The exchange’s investors include ICE, Microsoft, Boston Consulting Group, and Starbucks. Apparently, Bakkt has actually developed a way to convert your digital assets into money that can be used in Starbucks. (Which sounds so-o-o-o-o-o much more convenient than just buying coffee with regular money.)

This is not the first bitcoin futures exchange but it’s unique in that futures will be physically settled at expiration. This means buyers will get actual bitcoin back, rather than the cash-equivalent like rival exchange CME Group.

Bitcoin’s value has more than doubled since the start of the year. That’s directly due to anticipation for Bakkt, says Mati Greenspan, senior market analyst at brokerage firm eToro.

“The launch of physically settled futures from Bakkt has been one of the main narratives behind the monster bitcoin rally during the first half of the year,” Greenspan told the Wall Street Journal.

Bitcoin analysts see this as the first big step towards protecting everyday merchant’s from the volatility of bitcoin and ushering the everyday use of the cryptocurrency.

What do you think? Could you see yourself buying a pastrami on rye with bitcoin in the near future? Or is it too “out there” for the mainstream?

Click here to send me an email and we’ll discuss it in the comments tomorrow. (Bonus points if you include your go-to deli order.)

Memory loss as a result of Alzheimer’s disease (AD) has been reversed by a wearable device in an open-label clinical trial by NeuroEM Therapeutics.

This happens to be a subject close to my heart (or brain?) since AD runs in the male side of my family. If we don’t fix this thing soon, the jokes in this e-letter are going to get a lot less funny than they already are.

The study was conducted on eight patients above 63 years old with mild to moderate AD. Twice a day, the patients wore a non-invasive cap, which administered electromagnetic waves directly to the brain. (“Non-invasive” is scientist speak for “we didn’t have to put spikes in his brain this time.”) 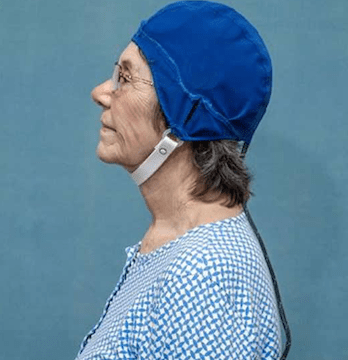 Sure, it looks dorky. Just think of it as a swimming cap for the fountain of youth.

The researchers had previously demonstrated promising results on mice with AD. But as we all learned in kindergarten (or somewhere in the subsequent decades) mice are not human beings. But now, they’ve been able to recreate the effects of the treatment in humans.

By the end of the two-month treatment period, seven of the eight patients performed better in cognitive tests by a measure of four points.

For some perspective, AD patients typically decline at a rate of four cognitive points per year. Which means the study turned back the clock on the patients’ cognitive ability by a full year.

“We were particularly surprised that this highly significant improvement in the [cognitive test] was maintained even two weeks after treatment was completed,” said Dr. Gary Arendash, CEO of NeuroEM Therapeutics.

“Perhaps the best indication that the two months of treatment was having a clinically-important effect on the AD patients in this study is that none of the patients wanted to return their head device to the University of South Florida/Byrd Alzheimer’s Institute after the study was completed.”

Now, it’s worth noting that this study was conducted in-house and without a control group. And those comments were made by the company’s CEO. (Incidentally, have y’all tried my One Last Thing big brain supplements? They’ll make yer brain big/swell with blood.)

But, as a set of preliminary results, future AD patients like myself (and investors) have something to be cautiously optimistic about. My analysts are watching this one closely.