Amazon’s latest security innovation is a mobile security drone that can fly around your home and fend off invaders (if you duct tape a knife to it).

The agoraphobic Always Home Cam is a miniature drone that can be programmed to patrol your home when you’re out and give your cat a live target to hunt. And like all good killer robots, the drone can detect when it’s low on battery and fly back to its dock to charge itself.

Jamie Siminoff, Amazon Ring’s founder and Chief Mad Scientist, told the Verge that the idea behind the little privacy nightmare was to provide multiple viewpoints with a single camera. (It was either going to be a drone or a helmet cam for dogs.) 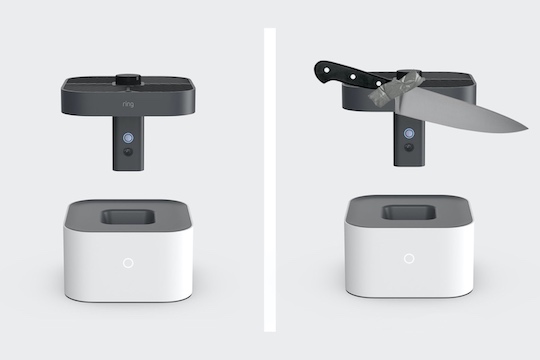 The Amazon original versus the vastly improved One Last Thing knife mod.

Just a few years ago, the little houseplant trimmer would have been an impossible feat. But recent advances in drone technology have allowed Ring’s engineers to realize their dream of a tiny little robot that flies around your house and looks at stuff.

When you first get your little Skynet minion, you’ll build a map of your home for it to follow, allowing you to program in specific viewpoints like the stovetop, the crown jewels which you’re holding onto for a friend, or the inside of your sleeping mouth.

The $250 cat toy can be commanded to fly on-demand or programmed to patrol the house when a disturbance is detected by the alarm system, blasting Ride of the Valkyries.

To alleviate some privacy concerns, the charging dock blocks the little terror’s camera, so it can only be used when in flight. And, according to Ring, the drone is noisy enough that you’ll definitely know when you’re being recorded walking around the house naked.

The Always Broken by Your Terrible Kids Cam is expected to start shipping next year and cost $249.99.

Fortnite, Spotify, and Tinder have banded together to oppose Apple’s app store fees when they should have been making a VR dating app that matches people by musical preference and Fortnite ranking.

Despite being formed by, and for the benefit of, three of the largest most successful apps in the world, the coalition claims to be a “social-welfare organization” advocating for the rights of all developers.

“The gatekeeper platforms that operate these app stores must not abuse the control they enjoy and must adhere to oversight to ensure their behaviors promote a competitive market and provide consumers with equitable choice,” the self-funded group said in a statement.

The group was registered in California shortly after Fortnite-maker Epic Games sued Apple over the 30% commission the company siphons off of every purchase in the game.

The new coalition is advocating for developers to be allowed to use their own proprietary payment systems that circumvent giving Apple a whole bunch of money.

“The basic freedoms of developers are under attack,” said Tim Sweeney, chief executive and founder of Epic. 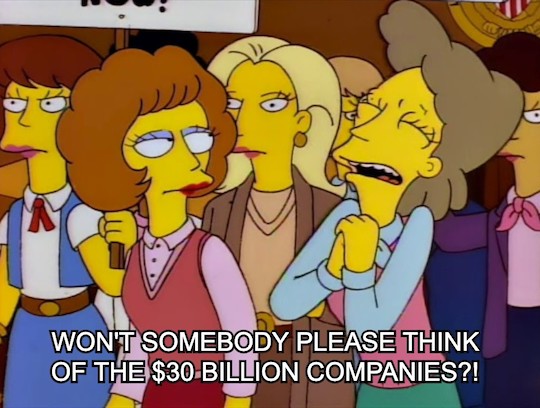 A wine manufacturer in France has discovered the holy grail of French science: a scientific process to prevent wine from spoiling.

Diam Bouchage says its revolutionary system can stop wine from turning into undrinkable garbage only good for cooking or that one aunt who will drink anything that isn’t nailed down. (I pretty sure she can’t actually taste anymore.)

According to CEO Dominique Tourneix, his wine nerds achieve this effect by treating its wine corks with “supercritical” CO2 (a form of CO2 that comments on how big your lungs have gotten every time you breathe it in).

The room where the sweaty farmers step on the grapes with their bare feet is next door.

The really mean CO2 that wasn’t invited to your graduation for a reason is injected into and a pressurized container of granulated cork.

The CO2 passes through the cork, removing all the substances that can potentially taint wine and make it taste like a bold and fruity toilet cleaner. The CO2 is then pumped out of the chamber and the purified cork grain is turned into magic spoil-stopping corks.

Where we go from here is anybody’s guess? Cure cancer? Beer that doesn’t go flat? Hotdogs that give you compliments? The skies the limit now.

In this week’s episode, we’ve got frauds, buyouts, and the poorly planned streaming services start poorly planning to sell themselves.