Shares of electric-vehicle maker Nikola plummeted following a bombshell report from short-seller Hindenburg Research, that alleges the company is a big bag of smelly frauds that lie about stuff.

The horrendously named Hindenburg Research says the budding Tesla competitor has repeatedly lied about its technical capabilities. Additionally, the company has made several misleading statements about how good it is in bed.

Hindenburg claims to have “extensive evidence” that Nikola CEO Trevor Milton had made “dozens of false statements” over the years, including leaked emails, text messages, recorded phone calls, and a bunch of stuff written on a bathroom wall.

The report alleges that Milton misled Nikola’s partners into signing agreements by claiming the company had developed and owned a bunch of proprietary technology that didn’t exist. (In totally unrelated news, I own the propriety technology for the toilets that are going to go in every flying car and y’all should invest.)

Additionally, Hindenburg accuses Milton of engaging in some casual nepotism, making his brother, Travis, the lead on the Hydrogen Production/Infrastructure unit, despite having no experience with whatever that is. (Wait, some maniac named their kids “Trevor” and “Travis”?) 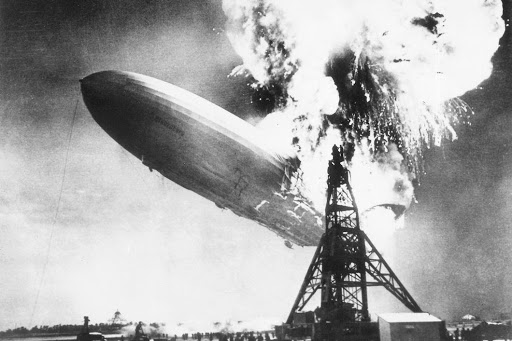 The name “Hindenburg Research” is a reference to the fact that most professional short-sellers tend to be assholes.

In response to the allegations, Milton (Trevor. Not Travis. See this is confusing.) tweeted a salty retort: “It makes sense. Tens of millions of shares shorted the last day or two to slam our stock and hit job by hindenburg. I guess everything is fair game in war, even a hit job. I know who funded it now. Give me a few hours to put together responses to their lies. This is all you got?”

Earlier this week, shares of Nikola skyrocketed 53% when General Motors announced an 11% stake in the company and a partnership to build electric pickup trucks and hydrogen-fuel cell pickup trucks.

Hindenburg criticized the deal, saying Nikola brought little more than of crayon drawing of a truck being struck by lightning to the partnership.

“Nikola seems to be bringing nothing to the partnership but concept designs, their brand name and up to $700 million they will be paying GM for costs related to production,” Hindenburg said.

Despite the massive bump to the stock on Tuesday, Nikola is currently trading at a lower price per share than it was at the beginning of the week.

Peloton says that sales of high-tech fitness cycles that tell you to keep peddling and rattle off inspirational quotes while you cycle are up 172%.

Customer and investor sentiment had soured on the judgmental robocycles and their extortionate pricing, at the beginning of the year.

But then a global pandemic hit, forcing everyone to stay indoors, and suddenly having a robot bicycle yell at you seemed like a pretty good idea.

Sales of bikes and treadmills (that charge a monthly subscription to unlock all their features on top of an already astronomical sale price) skyrocketed to $607.1 million from $223.3 million a year earlier, blasting analysts’ expectations like the abs of 24-year-old ad executive. 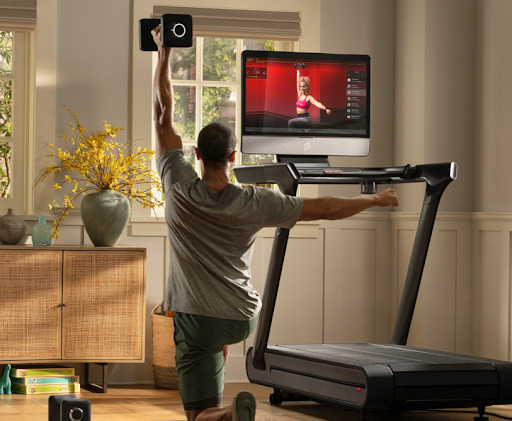 I love working out next to my $4,295 treadmill, with a $39 monthly subscription.

The global health crisis that is ruining all our lives boosted revenue more than 24% when compared to the projections provided by Peloton at the beginning of its fiscal 2020 in November.

The company, that now makes a futuristic mirror that tells you how fat you are, says it doesn’t expect demand for its AI-driven fitness tech to die down any time soon (companies are rarely capable of that foresight). But if folks don’t stop buying their mean exercise robots, it’s going to put some major strain on their supply chain.

According to the company, a recent resurgence of people staying inside for some reason has “perpetuated the imbalance of supply and demand.” With this in mind, Peloton doesn’t expect to return to “normalized order-to-delivery windows” in the U.S. for another two quarters at least.

Russian hackers have targeted at least 200 organizations tied to the 2020 election, according to Microsoft’s elite team of nerd hunters.

The software giant’s threat intelligence unit has reportedly tracked hundreds of cyber-attacks on political parties and political consultants for both Republicans and Democrats on a state and national level.

(I say “attacks” but it’s more like they email you a fake coupon for 2-for-1 buffalo wings and when you click it gives them access to your computer. And you don’t get any wings.)

Microsoft says that “most” of the attempted bamboozles haven’t been successful and those who have been targeted have been notified (still no wings though). However, the sheer number of attacks speaks to how determined Russia is to interfere with the democratic process (and get everyone’s hopes up about free wings).

“It is critical that everyone involved in democratic processes around the world, both directly or indirectly, be aware of these threats and take steps to protect themselves in both their personal and professional capacities,” said Tom Burt, Microsoft’s vice president of consumer safety and trust.

A Russian spokesperson, one of the most creative jobs on the planet, denied the allegations and told reporters: “The time has come to stop poisoning the atmosphere of relations with baseless allegations.”

This weeks’ episode is a very special COVID vaccine episode. Who’s got it. When are getting it? What flavors will it come in? All that and more in episode 27 of One Last Thing.