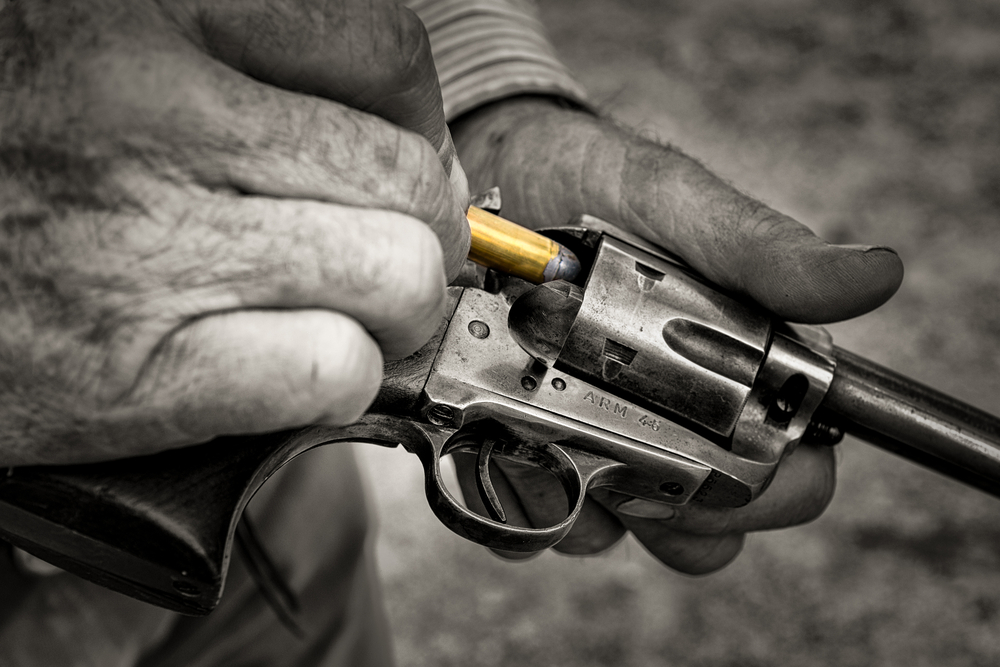 I know revolvers get a bad rap as a personal defense weapon.

According to a lot of tactical, super-ninja, black-bag operators out there, if you don’t carry a Glock or some other whiz-bang, gee-golly automatic, you’re behind the curve. You might as well be driving a Flintstones car.

But the fact is that the revolver is (arguably) PERFECT for the lifesaving tactics I and two other combat-experienced gun trainers show you in our extreme close-combat shooting manual.

In fact, here are five reasons revolvers DON’T suck for a real gunfight.

1. Revolvers are much simpler to use.

In a real gunfight, complicated tactics (and gun functions) — drawing, chambering a round and flipping off a manual safety — are harder to pull off.

Now, as we say in our CQC shooting guide, you can overcome these challenges with correct pre-fight staging.

But revolvers already have much of this figured out. They are pretty much a true “point and shoot” weapon. There are no external safeties to fuss over and a round is always chambered.

A lot can cause an automatic firearm to stop running. During a real gunfight, that’s the LAST thing you want to happen.

Often, that’s NOT because of the firearm itself but rather a magazine malfunction.

Revolvers don’t use a magazine — their functionality is simple and reliable.

Revolver grips are usually smooth and rounded, which means there aren’t any angles or corners to get hung up on clothing.

You can also get a shrouded hammer or hammerless model with even fewer ways to catch the gun on your clothes as you’re drawing from concealment.

4. You get a more aggressive grip when drawing.

If you’ve never held a revolver before, you’ll know exactly what I mean the first time you do.

The grips just fit nice and comfy in your hand because the grip only has to be… well… a grip, since the bullets aren’t housed in the handle.

Also, in a real gunfight, you can get a better combat hold because the cylinder pushes the gun out away from your body just enough to firmly pocket the handle in the web of your hand.

But only if your weapon is functional.

An automatic may jam with a contact shot or the slide could get caught on your attacker’s clothing.

However, a revolver will keep shooting as long as the cylinder is free to spin.

Now, there IS one indisputable argument for the automatic…

While a revolver will only carry five–six rounds, an automatic can carry up to 15 or 16.

Statistics show that even in super close-range attacks, more than 75% of your bullets won’t even hit your attacker (because of “adrenaline dump,” a physical struggle at close range, shooting while moving, etc.).

That means with a wheel gun revolver, the average gun owner will only land one or two hits — and that may not be enough to stop an attacker.

But that’s why you DON’T want to be just a gun owner.

You want to be a gun FIGHTER — someone who knows how to stop an attacker even in an extreme close-range ambush.

That’s the way you’re most likely to be attacked.

Unfortunately, most so-called “tactical training” out there doesn’t do much to prepare you for this type of threat (or they train you the wrong way).

For that type of situation, you need extreme close-combat shooting tactics specifically developed for when an attacker is already up in your face or has ambushed you from behind.

That’s way different than the typical range or marksmanship training that most instructors offer.

Make no mistake — if you don’t master this type of training, you’re at a huge disadvantage against a violent criminal who’s not going to let you get your gun out and draw on them like you’ve practiced during one of those fancy gun courses.

Better you learn that now… and survive later.