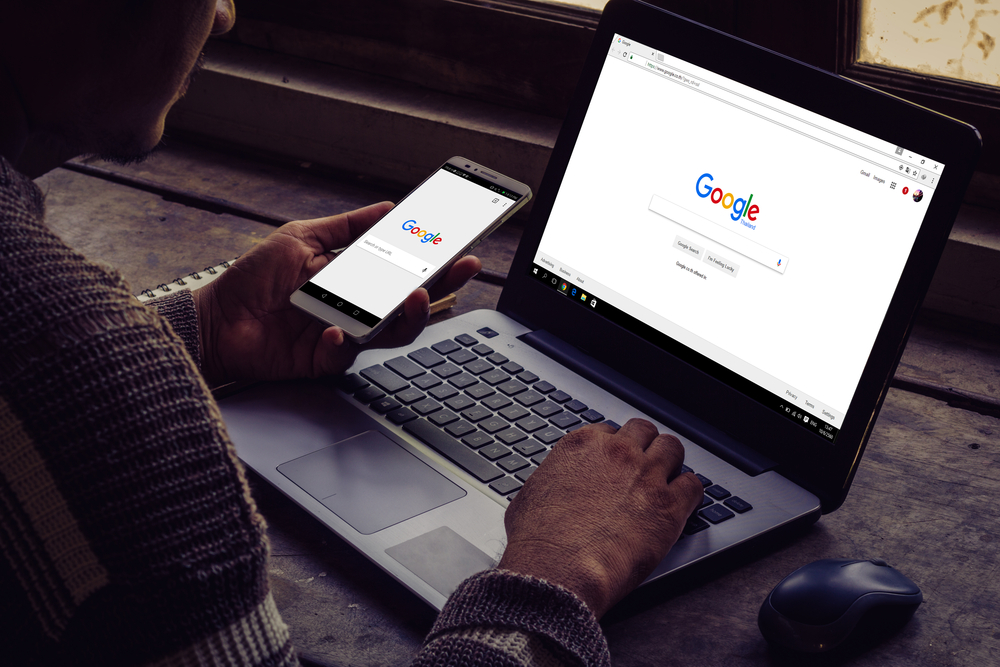 The FBI and CIA should investigate Google (GOOGL) for treason, says Peter Thiel, billionaire Facebook investor and man I cannot legally say injects himself with the blood of young boys to stay youthful.

The “Manhattan Project for AI” Thiel refers to is likely Google’s program to develop AI weapons for the U.S. military which ended last year after protests from Google employees.

Thiel, who once gave $500k to an organization trying to build a floating libertarian utopia on the sea, offered up no evidence that Google had been infiltrated by China but said these questions should be asked in a “not excessively gentle manner.”

(If anything, I’d be more intimidated if the FBI interrogated me in an excessively gentle manner. Why do they keep offering to give me backrubs while making fresh fruit smoothies?)

Right now, it’s uncertain if there’s any weight to Thiel’s accusations. But according to America’s No.1 futurist George Gilder, Google’s days are already numbered.

Gilder’s the guy who handed Ronald Reagan the first microchip the president had ever seen and told him that this technology would change the world. 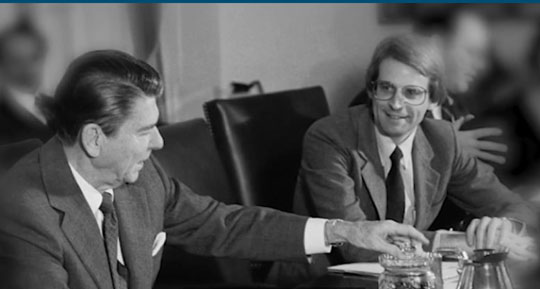 Gilder is Reagan’s most quoted living author. And received the White House Award for Entrepreneurial Excellence in 1986 From Reagan himself.

Today, George says we’re entering a new era of the internet. And he’s identified a tiny $9 stock that will reboot the internet as we know it… and could eventually return up to 40 times your investment.

Beer maker and company whose name is just a little too long Anheuser-Busch InBev (BUD) has called off its almost $10 billion-dollar listing on the Hong Kong stock market.

AB InBev’s Asia Pacific unit, Budweiser Brewing Company APAC, said the decision was influenced by “several factors, including the prevailing market conditions.” (Which is executive speak for “we messed something up but we don’t want to tell y’all about it.”)

It’s impossible to know what “several factors” the company is referring to. But it’s likely that the trade war with China and political unrest in Hong Kong contributed to the decision. 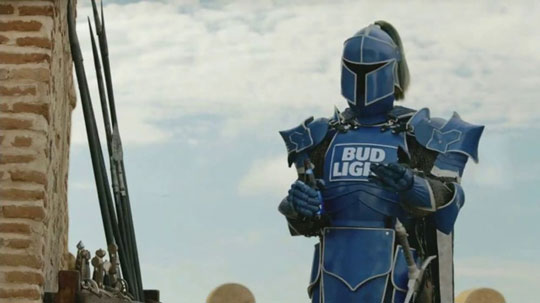 APAC had originally aimed to raise between $8.3 billion and $9.8 billion for the IPO. But reports were coming in late last week that many major U.S. investors were lowballing their offers. (What? Investors don’t want to go all in on a hotbed of political corruption engulfed in a trade war? Go figure.)

Shares of AB InBev fell nearly 5% after the news was announced on Friday, closing 3% down at $86.94. Despite the news, AB InBev’s stock is booming this year, up 34% year-to-date.

This is the third-largest withdrawn IPO on record (I swear this doesn’t normally happen). The company could potentially list in Hong Kong in the future, but it will need to resubmit new listing documents with more up-to-date financial data.

Europe’s GPS Network Has Been Down for 4 Days

Europe’s multi-billion-euro GPS system (AKA Galileo) has been out of commission since Thursday last week.

(So if you’re in France and having trouble finding that rundown café where the staff is rude and the coffee tastes like old fish… well, it’s probably because you haven’t left your hotel room yet.)

The EU’s shiny new GPS system, which launched in 2016, has been offline for four days now due to a “technical incident related to its ground infrastructure.”

Engineers have been working around the clock over the weekend to get the system back up and running. However, at time of writing, there’s been no good news from the European Space Agency. (Or as they say in Europe, “Sad clown… Sour wine… Theresa May.”)

Galileo’s GPS network is made up of 24 satellites, with a sprawling ground network that monitors and controls the system.

The outage means that the latest smartphone models can’t pick up useable information from the European system.

Instead, they will have to rely on data coming from the American Global Positioning System (so you can probably still find hotdogs and light beer just fine).

Due to the sat-nav chip installed in some phones, they will be rerouted to the Russian and Chinese networks. But I wouldn’t really worry about that too much because they’re already spying on everyone anyway.

A spokesperson for the European Global Navigation Satellite Systems Agency told BBC News that it’s totally cool the entire network of satellites went down and we can’t get them back up because we’re still in the pilot phase of this program.

“People should remember that we are still in the ‘initial services’ phase; we’re not in full operation yet.

“This is something that can happen while we build the robustness into the system. We have recovery and monitoring actions, and we are implementing them, and we are working 24/7 to fix this as soon as possible.”

Since Galileo (Galileo!) is still in a roll-out phase, it hasn’t been connected to any critical systems yet. But the outage is a black eye for the EU and ESA who have been touting the network as a “more robust,” better GPS system. 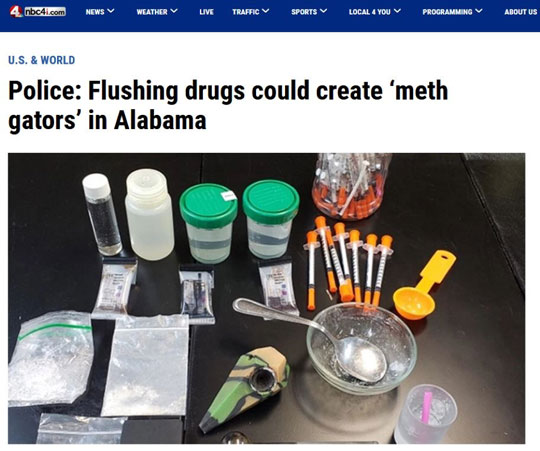 “Dang gators are stripping the copper right out of the walls.”

World’s Largest Diamond Mine Shutting Down

The world’s biggest diamond mine and producer of 90% of the world’s pink diamonds will close its doors in 2020.

After four decades of pumping out the nice shiny rocks, Rio’s Argyle Mine will close its doors and hopefully rebalance the supply and demand of the world’s flailing diamond industry.

Argyle is best known as the world’s biggest producer of rare pink diamonds, though they only account for less than 0.01% of Argyle’s total output. In April 2017, one of these ugly little things was auctioned by Sotheby’s for $71 million.

Arnaud Soirat, Rio’s head of copper and diamonds, told Bloomberg that the mine will close up shop sometime in late 2020. And when that happens “there is going to be a fair bit of supply which is going to come out of the market.”

RBC Capital Markets and a host of brokers, banks, and people who want it to be true are forecasting that the closure will kick-start diamond prices that have waned since 2011.

It’s tempting to blame the collapse of the diamond industry on those darn millennials. (That reminds me. I want my lawn mower back, Jeffrey!) But profits have been steadily eroded by a glut of cheap, small diamonds.

As the biggest diamond producer of diamonds by volume, Argyle has been at the center of the conversation about global oversupply. Folks inside the industry and those with a vested interest hope the removal of Argyle will be the shot in the arm the industry needs.

We’ll have more as the story develops.

On Friday, Google admitted that its employees listen to private conversations recorded on your Google Home, after a major leak of Dutch language recordings. Here’s what you had to say:

I continue to be astonished at the American public. Many people know full well their privacy is being compromised through facebook, twitter, google and many other companies. They just say, “That’s the new America.” Technology has punched a huge hole into our privacy through facial recognition cameras and other forms we may not fully understand. I don’t like where that’s headed. I don’t like companies using me to gain profits and I certainly don’t approve of our Government using private information against us. It’s getting harder and harder to keep up with technology and all of it’s nefarious uses. — Mark L.

Your Google article today was amusing. Who doesn’t believe a device that is always on and waiting for it’s cue, wouldn’t be gathering data. Darn it, it creates so much extra work when you get caught. I am so relived now that I know that “Our Security and Privacy Response teams have been activated on this issue, are investigating, and we will take action.” Love your sense of humor. Keep up the good work! —Steve Engstrand

We have two units in the house. The two of us were sitting downstairs when we heard alexa reciting poetry. She was never instructed to do so and when I checked the history there was no record. When I asked her directly she said she was looking for a jerk. Also no record in the history. After that she wouldn’t answer my questions as I am the jerk she is looking for. — Don Z.

Thanks for the nightmares.