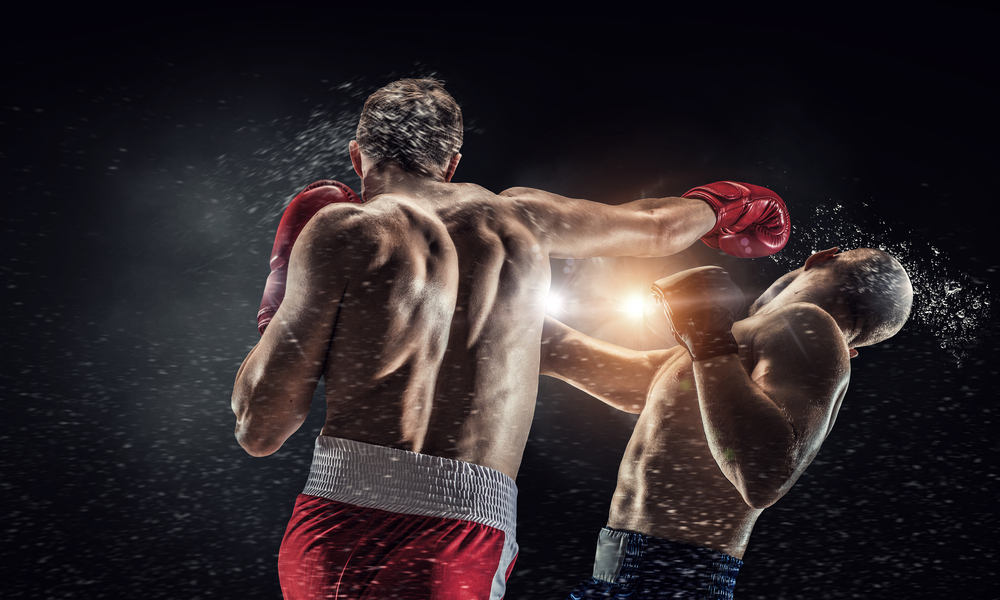 Everyone Has a Plan Until They Get Punched in the Mouth

What the NAFTA is USMCA?

President Trump signed the United States-Mexico-Canada Agreement (USMCA) yesterday and posed for some very nice pictures with it (but if I had to shell out for the photo rights every time the president posed for photos with something he signed, One Last Thing would be broke).

The USMCA functions as an update of the North American Free Trade Agreement (NAFTA), which President Trump is famously NATTA FAN of.

New NAFTA™ (which reportedly tastes sweeter than Classic NAFTA™) mostly updates the 25-year-old agreement with provisions for the internet age. But it also includes a bevy of incentives to make cars in North America and protections for labor and the environment.

Under NAFTA, automakers were required to produce 62.5% of every vehicle in North America to qualify for zero tariffs. USMCA (pronounced us-muh-cah) raises that threshold to 75% and requires 70% of a vehicle’s steel and aluminum to originate on the continent.

The new deal also dictates that 45% of parts come from “high-wage” factories, which is an extremely relative term defined by the USMCA as anywhere that pays a minimum of $16 an hour in average salaries for production workers.

Sixteen dollars an hour is triple the average wage of a Mexican factory worker (and the average price of a beer in Manhattan), so it probably seems like a pretty good deal for these guys on paper. But if automakers have to pay Mexican workers U.S. wages (and ship everything back to the U.S. after), they’re far more likely to just go ahead and switch to Canadian or U.S. suppliers. (Which is the whole point.)

Automotive analysts (good name for an ‘80s synth band) warn that the USMCA will raise costs across the industry, potentially weighing down the auto market and the broader economy. But it probably may not be as big an issue in the long run.

The provision, as written, isn’t indexed to inflation. So in a couple of years those $16 will be worth a lot less than they are today.

NAFTA Zero with Lime™ also established some broad protections for workers, blocking the import of goods made with “forced labor” (you might know “forced labor” better by its stage name, “slavery”).

In a last minute addition to NAFTA Crystal™, Mexico pledged to impose sweeping legal changes, protecting workers from violence and allowing them to unionize.

Other big winners in the agreement were the American dairy farmers, who can finally tap that fat Canadian curd market, as our neighbor to the north opens its borders to American milk, cream, butter, and cheese. 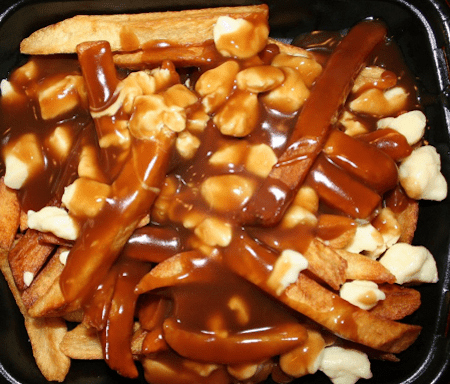 Other notable provisions in the Vanilla NAFTA™ agreement include:

Cherry NAFTA™ is notable in these turbulent times as a bipartisan piece of legislation that has a little bit in it for everybody. (Except for you, Gary. Neighbors who don’t return the weed-whacker when they’re done get jack.)

However, USMCA contains a controversial “sunset agreement.” Which means in six years’ time, if any country disagrees with Diet Caffeine-FreeNAFTA™, they can peace out of the pact. 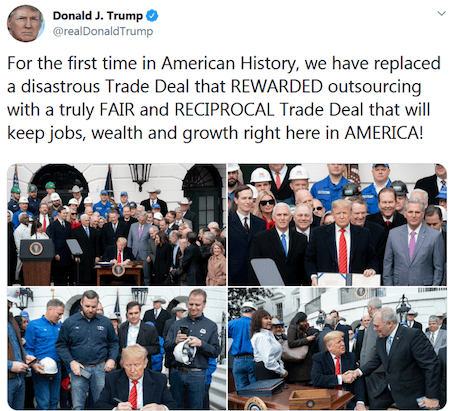 There were more cowboy hats at the signing of the international trade agreement than I would have expected.

Boeing posted its first annual loss since Mike Tyson went on the Evander Holyfield diet, as the bill for the 737 Max nears $19 billion.

The ground-seeking aircraft company reported a $636 million loss in 2019, its first annual loss in more than 20 years. Compared to the previous year, when Boeing raked in $10.46 billion in profit, these results are, well, 100% appropriate all things considered.

Earlier this month, Boeing suspended production of the 737 Skyfall, which it had been churning out despite the aircraft being grounded indefinitely by the FAA. (But once the FAA gives their clearance, everyone is going to want to fly on these death traps. Right guys? Right?)

David Calhoun (who flopped into the top seat at Boeing earlier this month after the company’s former CEO was sacrificed to the great god of scapegoating) says the 737 could return to service by midyear.

But the chill bros at the FAA (who really dropped the ball when they approved the 737 Crashmaster the first time) told Boeing they might approve the Max earlier than that *winky face emoji* XOXOX.

The moral of this story is that it probably ain’t worth cutting corners on airplanes (because they need those corners to fly). But despite a $636 million loss (which everybody generally agrees is a bad thing), shares of Boeing (BA) closed up 1.7% yesterday.

Analysts had been anticipating losses even higher than this. And with a new CEO at the wheel and FAA approval on the horizon, investors can finally see the end of the tunnel.

Boeing may be back on investors’ good side (for now), but its sticky little paw prints are all over last year’s slowing economy.

Economic growth for 2019 shrank once again, falling to 2.3% from 2.5% in 2018. This is a far cry from the 3-4% growth (and tiny golden crowns for everyone) promised in the early days of the Trump administration.

In the second half of 2017, the U.S economy surged 3%, propelled by fat tax cuts, government spending, and tossing swathes of “burdensome” environment regulations back into the oily deep. But much like the virility potion I bought from that San Franciscan wizard, the effects of the administration’s stimulus programs quickly wore off.

President Trump places the blame for the slower than expected growth at the feet of the Fed and several unforeseen crises which dogged the U.S. economy in 2019.

“No. 1, the Fed was not good,” said the president. “Had we not done the big raise on interest, I think we would have been close to 4%.”

The president also pointed the finger (the official finger of the office) at the General Motors strike, which lasted six weeks last fall, and the Chicago garbage fire formally known as the Boeing Company.

Despite never reaching the dizzying heights of 3% or 4%, economists are optimistic about the steady-ish, dependable growth rate and the possibility of a better year ahead.

“If you step back and look at the trend, it’s about 2%, and the coronavirus notwithstanding, I can’t see any reason why it wouldn’t continue,” Ian Shepherdson, chief economist at Pantheon Macroeconomics, told the Wall Street Journal.

“Thou shalt love thy neighbor as thyself. Unless he writes a tell-all book about your time working together. Then thou shalt kick his ass.”

Everyone Has a Plan Until They Get Punched in the Mouth

U.S. stocks took another beating this morning, as the deadly and contagious coronavirus continues to spread unpredictably and with complete disregard for how much investors would like it to stop.

It’s easy to be discouraged from investing when everything’s going down. But as macroeconomist Graham Summers points out in today’s edition of One Last Thing, any investor with his head on straight knows moments like these are, in fact, buying opportunities.

“Everyone has a plan until they get punched in the mouth.”

While Tyson was talking about fighting, the idea applies to investing as well.

What do you do when things get ugly?

If investing was easy, everyone would be great at it. And we know from numerous studies that most professional investors fail to beat the market, let alone individual investors.

The thing that makes investing hard is emotion – specifically, dealing with emotion when the market “punches you in the mouth.” Do you maintain your discipline and strategy, or do you lose your composure and let your emotions get the better of you?

I mention all of this because, again, the market is a sea of red this morning. As I write this, the S&P 500 has dropped back down to initial support at 3,240. 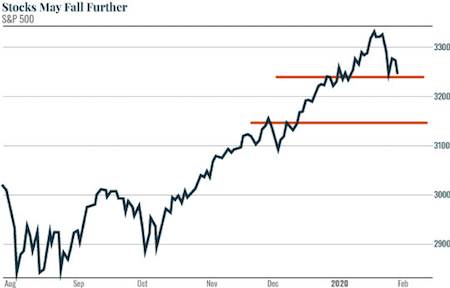 Given how small the bounce was before, I wouldn’t be surprised to see this support line broken. That opens the door to the market dropping down to 3,150. And that is going to be a lot more painful for investors.

Of course, that begs the question: Do you panic and sell, or do you use this as a buying opportunity?

Personally, I will be using this as a buying opportunity. Here’s why:

Add all of this up, and my game plan remains the same: “Buying on dips” even if the stock market punches me in the mouth more than once this round. I might not enjoy it, and it might be painful for a while, but my goal isn’t to feel good, it’s to make money.

And that’s how you win the fight.

Editor’s note: In a recent issue of One Last Thing, Graham revealed why he believes central banks are secretly manipulating stock prices.

Had you been able to spot these maneuvers, you could’ve seen the chance to cash out with gains up to 18% and 26% in less than one week  in as little as two hours.

Today is your chance to take advantage of Graham’s discovery for yourself. But you must act before Friday, January 31st at 9:30am to receive the first Ghost Money Trade of February.