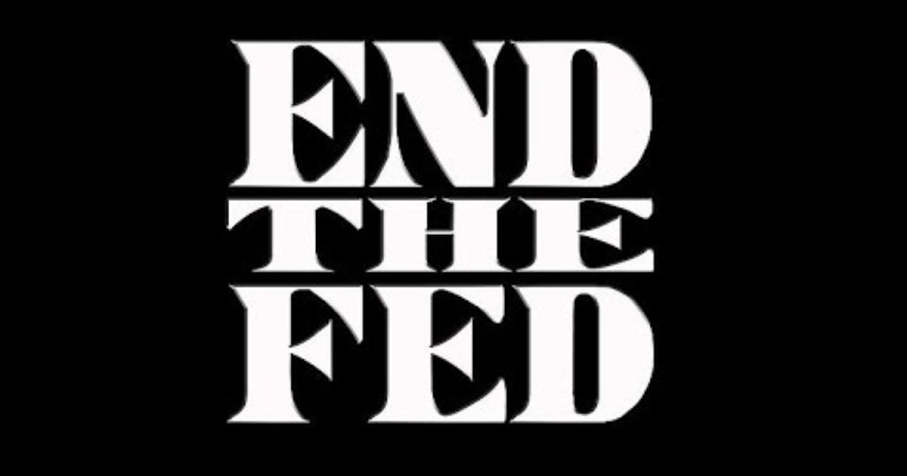 End the Fed: Trump’s Chance to be the Greatest

Most Americans,” Ron Paul begins in the second chapter of his book, End the Fed, “haven’t thought much about the strange entity that controls the nation’s money. They simply accept it as though it has always been there, which is far from the case.”

Which is why, of course, auditing this opaque entity is so unbelievably important. Sunlight, after all, is the best disinfectant.

As you may’ve heard, Ron Paul’s brainchild “Audit the Fed” bill, thanks to his torch-carrying son, Rand Paul, was approved by House Committee lawmakers this week.

Trump, you’ll recall, showed yuge interest in auditing the Fed on the campaign trail. He consistently called the Fed out for keeping interest rates low for the benefit of Obama and warned about the big, fat, ugly bubble ready to pop.

Now that the “Audit the Fed” conversation’s slipping once again into the mainstream, many people might be wondering why auditing the Fed is even necessary. Don’t we have more important things to worry about right now?

Our answer: Absolutely not.

“If Audit the Fed passes,” Ron Paul said in a 2015 issue of Palm Beach Daily, “the American people can finally learn the full truth about the Fed’s operations. Allowing a secretive central bank to control monetary policy has resulted in an ever-expanding government, growing income inequality, a series of ever-worsening economic crises, and a steady erosion of the dollar’s purchasing power. Unless this system is changed, America, and the world, will soon experience a major economic crisis. It’s time to audit, then end, the Fed.”

One might not suspect this all-knowing economic oracle — this paragon of omnipotent market knowledge — has been causing unnecessary havoc to billions of lives since its inception in 1913.

One would be shocked to discover, then, that without the Federal Reserve, the government’s endless warmongering and wasteful domestic spy programs would be nearly impossible to pull off. The government would be forced to act with restraint. Without government control of the money supply, the people would have more say in whether or not they think more overreach, bloodshed and heartache is justified.

With honest, incorruptible money, the politicos and their cronies wouldn’t be able to wreak often irreparable havoc on the lives of the most vulnerable — domestically and internationally — for their own selfish ends.

As Antony P. Mueller, an economics professor at the Federal University of Sergipe in Brazil, wrote in his article, What’s Behind the Currency War:

The political endeavors to gain competitive advantages through exchange-rate devaluation sows mistrust among nations; and the ensuing regime uncertainties frustrate the business community. Over time the conflict over exchange rates tends to destroy the global division of labor.

Without a fundamental change of the monetary system itself, without a return to sound money, the international monetary system will remain in a state of permanent fragility — ever oscillating between the abyss of deflationary depression and the fake escape of hyperinflation. This is the fate of the world when nations implement fiat monetary systems and put them under political authority.

The Enemy of Financial Sanity

Trickle-down economics is a myth invented by market centralists opposed to the free market. But its counterpart, trickle-down stupidity, is quite real and is something which can be observed in the mainstream media on a daily basis.

The Fed’s monetary policies have bred an amazing amount of ignorance in popular thought about what money is and how the economy at large should function. The type of knuckle-headed thinking, for example, which would cause a reporter to, while reporting on a huge drop in gold in 2012, say:

“There’s something else happening here too. Some investors aren’t confident what gold is backed by, or if it’s backed by anything at all, as compared to something like the U.S. dollar.”

See it for yourself. 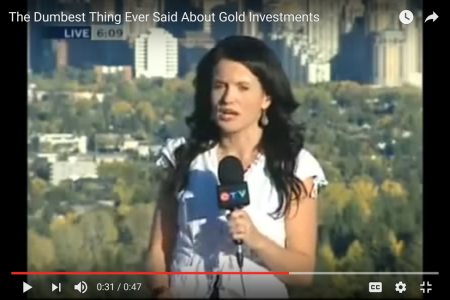 Ending the Fed in one clean shot would be nice, yes. A more reasonable way — one which would certainly be more educational to the masses — is to just force the FRNs to compete in an open market.

That’s right. Allow Americans to issue their own private currencies backed by whatever they would like. Allow the Fed to put its money where its mouth is in a marketplace of competing currencies.

If the Federal Reserve is doing such a bang-up job, and the FRN is the best for the people, let’s prove it. Worthwhile things, after all, don’t require brute force.

On a small scale, with cryptocurrencies, this is already happening. And it’s clear cryptocurrencies will only continue to grow in popularity — at home and abroad. Government failure and pushback, which is a given, will only make this market stronger and more antifragile.

(As Coindesk reported earlier this month, the market cap of all cryptocurrencies rose $4 billion in one weekend directly on the heels of the SEC’s bitcoin ETF rejection.)

If Hayek were alive, we suspect he’d be cheering on the rise of these private digital currencies as a viable alternative to nationalized money. As Ron Paul put it in his Transition to Monetary Freedom:

“In two books, Choice in Currency and Denationalization of Money, Professor Hayek proposes that all legal obstacles be removed and that the people be allowed to choose freely what they wish to use in transactions. Those competing monies might be foreign currencies, private coins, government coins, private bank notes, and so on. Such unrestricted freedom of choice would result in the most reliable currencies or coins winning public acceptance and displacing less reliable competitors. Good money — in the absence of government coercion — drives out bad.”

The guard at the pearly gates to a more peaceful, prosperous and honest economy has been hiding in plain sight for over 100 years.

If Trump wants to make America great, he should expend no shortage of energy dismantling the Fed’s monetary throne.

It’s not just a good idea. It’s the only way forward.