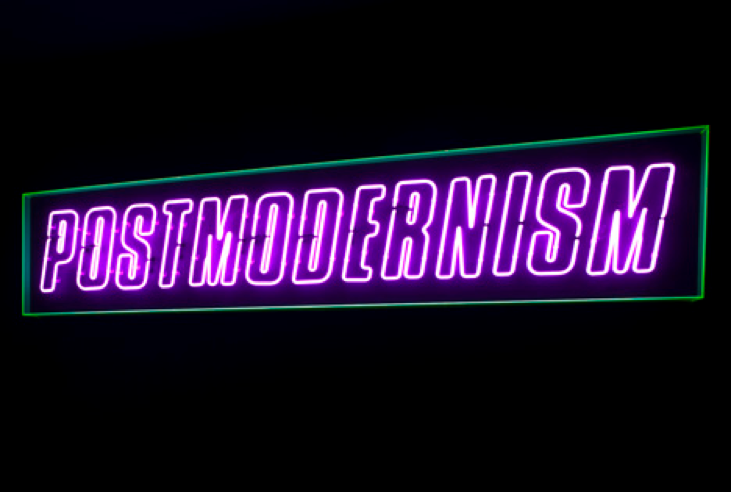 Empire of Lies: Why the Left Has Lost its Mind

If you ever wonder why the Left is becoming increasingly unreasonable, it’s simple and fairly uncontroversial: Leftists do not believe in reason.

It’s important to realize this. Because it explains a lot.

The “postmodern” ideology which fostered the rejection of reason ramped up in the ‘60s and ‘70s, when, for good reason, socialism and communism were falling out of the pop-intelligentsia’s favor.

The Left, seeing their ideologies falling by the wayside, decided to change tactics. If truth and reason would not support their beliefs, truth itself, and all of its tools, must become entirely subjective and, therefore, impotent.

As Paul Austin Murphy of the American Thinker blog points out:

“If we can be more specific about what postmodernists believe (even if in very broad terms), we can cite the following. Take logic. It’s artificial, serves power and is anti-human (Heidegger, Levinas, etc.). Science is theory-laden and ‘underdetermined by the evidence’ (as often said in the philosophy of science). Truth is a ‘tool of power’ (Foucault) and is specific to different ‘language games’ (Wittgenstein, etc.) or ‘phrase regimes’ (Lyotard).”

The Battle For Truth

Academics have since increasingly regarded any claims to objective and universal truth as intolerant and uninformed.

Many college students are taught, first and foremost, that the Enlightenment, the Century of Lights, was one of the worst things to happen to humanity. Why? Because reason is little more than ‘a tool for oppression.’

Truth, then, is seen as entirely political and created arbitrarily by “communities of belief” or imaginary collectivized social constructs. Words themselves are subjective, too, meaning whatever the user places on them. 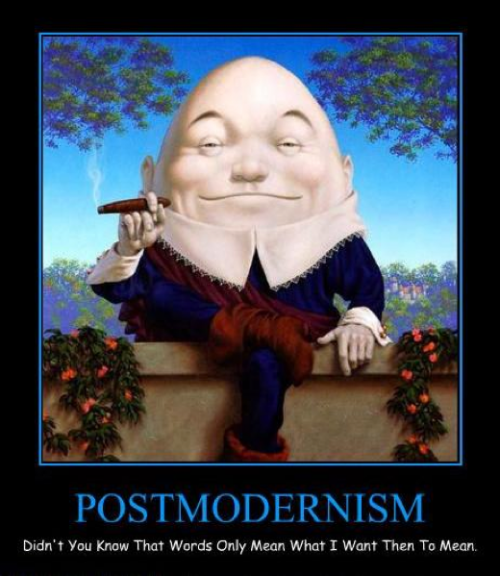 Autonomous individuals do not exist in this paradigm — only groups of hive minds which all secretly and collectively conspire.

(This all happens, of course, when nobody is watching, beneath our ability to consciously see it happening. Yeah, just like in Toy Story or Pets.)

Life, then, is a struggle for one “Truth” archetype to destroy all other archetypes of “Truth,” by any means necessary. It’s a Hunger Games battle for the most vitriolic.

This insidious ideology, it’s no surprise, has people applauding one another for spewing nonsensical, hateful and irrational trash.

Because it doesn’t matter whether you’re right or wrong (right doesn’t exist, remember?), it only apparently matters how loud, obnoxious, divisive and catastrophic to your “enemy” your opinions can be.

Just to name a few from over the weekend… 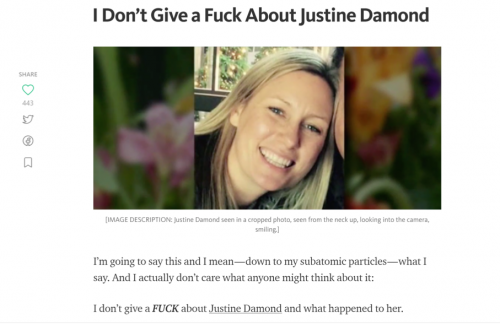 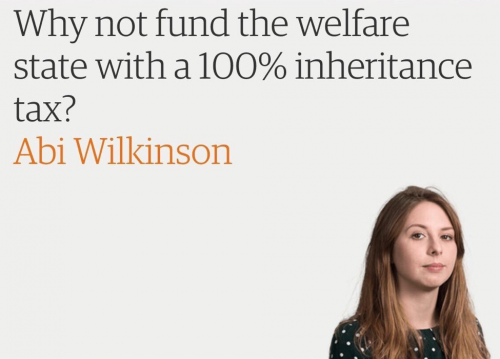 But this is only one facet of the War on Truth…

On every level, truth-telling is no longer allowed. And it’s not difficult to see why.

Truth is toxic when the entirety of the Empire is built on nothing but lies.

To elaborate, we invite Charles Hugh Smith to rap about why you can no longer tell the truth — and why it’s making us weak.

When We Can No Longer Tell the Truth…

Lies, half-truths and cover-ups are all manifestations of fatal weakness.

When we can no longer tell the truth because the truth will bring the whole rotten, fragile status quo down in a heap of broken promises and lies, we’ve reached the perfection of dysfunction.

You know the one essential guideline to “leadership” in a doomed dysfunctional system: when it gets serious, you have to lie. In other words, the status quo’s secular goddess is TINA–there is no alternative to lying, because the truth will bring the whole corrupt structure tumbling down.

This core dynamic of dysfunction is scale-invariant, meaning that hiding the truth is the core dynamic in dysfunctional relationships, households, communities, enterprises, cities, corporations, states, alliances, nations and empires: when the truth cannot be told because it threatens the power structure of the status quo, that status quo is doomed.

Truth is power, lies are weakness. All we get now are lies, statistics designed to mislead and phony reassurances that the status quo is stable and permanent. The truth is powerful because it is the core dynamic of solving problems. Lies, gamed statistics and false reassurances are fatal because they doom any sincere efforts to fix what’s broken before the system reaches the point of no return.

We are already past the point of no return. The expediency of lies has already doomed us.

Honest accounts of hugely successful corporations that implode share one key trait: in every case, managers were pressured to hide the truth from top management, which then hid the truth from investors and clients.

This is the key dynamic in failed oligarchies as well: if telling the truth gets you sent to Siberia (or worse), then nobody with any instinct for self-preservation will tell the truth.

If obscuring the truth saves one’s job, then that’s what people do. That this dooms the organization is secondary to immediate self-preservation.

A distorted sense of loyalty to the family, community, company, institution, agency or nation furthers lying as the “solution” to unsavory problems. Daddy a drunk? Hide the bottle. Church a hotbed of adultery and thieving? Maintain the facade of holiness at all costs. Company products are failing? Put some lipstick on the pig. The statistical truth doesn’t support the party’s happy story? Distort the stats until they “do what’s needed.” The agency failed to fulfill its prime directive? Blame the managerial failure on a scapegoat.

Pathological liars and cheats rely on self-preservation and misplaced loyalty to mask their own failure and corruption. A hint here, a comment there, and voila, a culture of lying is created and incentivized. 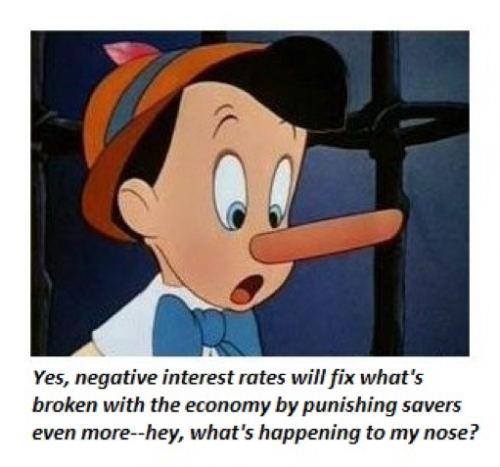 Obscuring the truth is the ultimate short-term expediency.Now that it’s serious, we have to lie.We’ll start telling the truth later, after everything’s stabilized.

But lying insures nothing can ever be truly stabilized, so there will never be a point at which the system is strong enough and stable enough to survive the truth.

We are now an empire of lies. The status quo–politically, socially and economically- depends on lies, half-truths, scapegoats and cover-ups for its very survival. Any truth that escapes the prison of lies endangers the entire rotten edifice.

In an empire of lies, “leaders” say what people want to hear. This wins the support of the masses, who would rather hear false reassurances that require no sacrifices, no difficult trade-offs, no hard choices, no discipline.

The empire of lies is doomed. Lies are weakness, and they prohibit any real solutions. Truth is power, but we can no longer tolerate the truth because it frightens us. Our weakness is systemic and fatal. 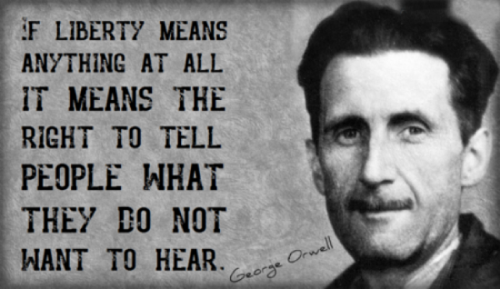 [Ed. note: This article originally appeared on the Of Two Minds blog here.]