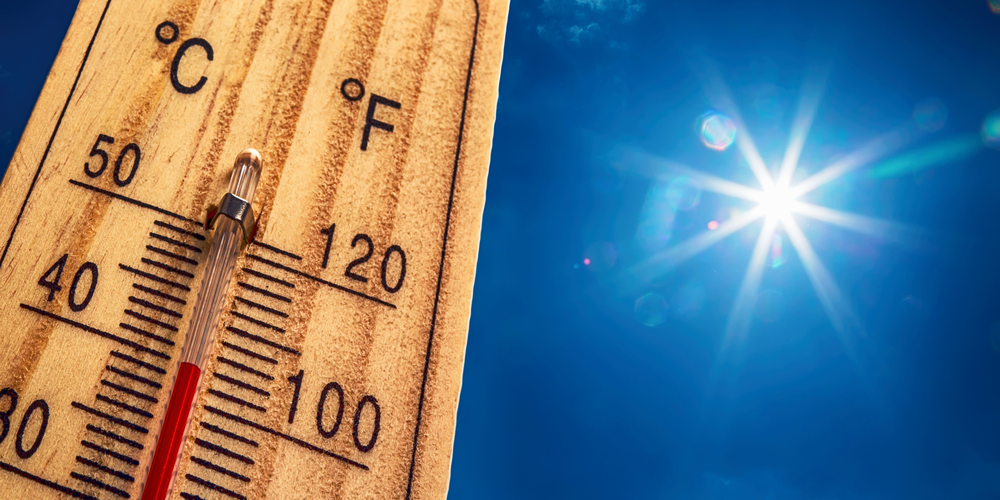 The Heat Is On! And the U.S. Electrical Grid Can’t Handle the Stress

There are many things that can cause power outages. Physical attacks on electrical substations… cyberattacks on various electrical systems… vehicle accidents involving utility poles… even birds or other animals getting tangled up in electrical wires.

The most common reason for blackouts is extreme weather. In most cases, this involves heavy rain and flooding. Power outages can also occur due to severe snowstorms and high winds.

And then there are blackouts caused by high temperatures. Heat waves, like the one that hit southern California earlier this month, can also take a tremendous toll on the electrical grid.

Thousands in the Los Angeles area lost power due to the recent heat wave that sent temperatures soaring into the triple digits. More than 15 million people throughout southern California and Nevada were under excessive heat warnings.

Downtown L.A. reached 108 degrees. That’s far above the previous record of 94, according to CNN meteorologists.

On the University of California, Los Angeles campus, the temperature was a scorching 111 degrees.

If you’re into megawatt statistics, consider this: The previous record for megawatt usage for a July day in Los Angeles was 6,165, set in 1992. This time, usage was 6,256 megawatts.

High electricity demand throughout the area is what caused the breakdown in electrical service. Desperately needed air conditioning and fans did not work.

A spokesperson from the Los Angeles Department of Water and Power (LADWP) said. “(The) record-setting heat led to unprecedented peak electricity demand.”

LADWP crews were working around the clock to try to restore electrical service to tens of thousands of residents sweltering in the heat. But it took a day or two.

In other words, the grid couldn’t take the heat. And the system failed.

It’s Not Just the West Coast

Southern California and Nevada are not the only places where intense heat waves can occur.

We’ve seen heat waves in northern California and other Western states. As well as in Southwestern states including New Mexico and Arizona. Texas also experiences serious heat waves on a regular basis.

And let’s not forget about states in the Southeast. Not to mention the Midwest and the East Coast. Even Canada gets hit with deadly heat waves. A recent one killed dozens in the Quebec province.

During the first week of July, 227 U.S. records for excessive heat were broken. And another 157 records were tied, according to federal statistics.

Even records for “low” temperatures for the day were higher than ever. On July 2, the record for the “low” temperature in Burlington, Vermont, was broken. It never got below 80 degrees that day — even in the middle of the night.

According to a National Weather Service spokesperson, “Heat waves like this are likely to be more frequent going forward than they have been in the past.”

In other words, pretty much everywhere in the U.S. is a potential victim of a heat wave strong enough to cause blackouts.

Meteorologists tell us that 2016 was the hottest year on record in U.S. history. If we get hit with another couple of heat waves like the recent one, 2018 may break that record too.

Preparedness Is the Best Response

There’s nothing we can do to control Mother Nature. She’s going to continue sending us heat waves. And rainstorms. And snowstorms. And high winds. And deep freezes.

Our enemies will continue to try to bring our electrical grid down with physical and cyberattacks. Accidents, human error and animals will contribute to the problem as well.

There’s only one thing we can do to handle a grid-down situation. And that’s to be as prepared as possible.

More and more Americans are taking matters into their own hands and securing their own personal generator.

But if that generator runs on gas, there could be a bigger problem than not having power.

Gas Generators Can Be Dangerous

Gasoline-powered generators can provide electricity, but they also give off deadly carbon monoxide gas. This gas is odorless, tasteless and can kill any living thing in its path in mere minutes.

The Consumer Product Safety Commission reports that from 2004–2014, 751 people died from carbon monoxide poisoning stemming from generator use.

And Consumer Reports specifies that running a generator the wrong way can kill you in as little as five minutes if the carbon monoxide levels are too high.

So we recommend using a solar-powered generator instead.

You can use it to power lights, preserve food, power cellphones and computers… or keep critical medical devices going.

There is no worry about running a solar-powered generator inside your house because it does not produce fumes like a gas generator.

And it recharges using only the power of the sun, so you don’t have to worry about gas shortages either.