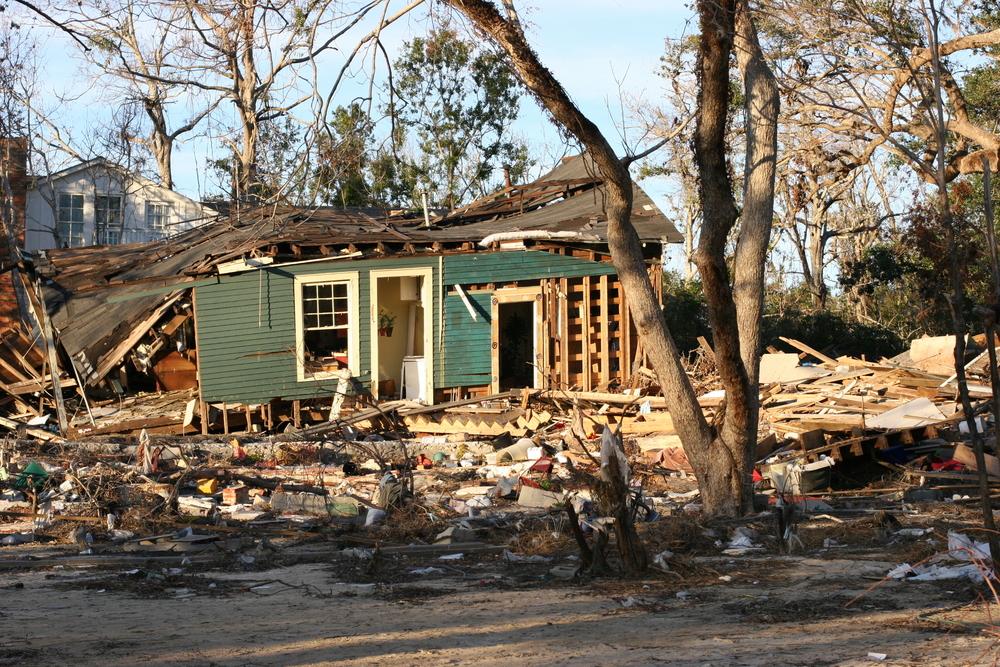 More than 100,000 people were trapped in New Orleans when Hurricane Katrina slammed into the city.

48 hours prior to the disaster, Mayor Ray Nagin had called for the evacuation of the city.

But on Sunday morning, as the first of the levees began to breach, as much as 20% of the city’s population were still inside.

Like most strange and terrible moments in history, it was an unfortunate mix of coincidence and lack of preparation.

You see, Katrina happened to make landfall on Aug. 29, just three days before the end of the month.

As you may or may not know, that time can be a particularly lean time for folks on government assistance… or even just those who get paid monthly.

So 68% of those left behind had no money in the bank.

And if you didn’t have an emergency fund or a working credit card, you couldn’t buy a bus or plane ticket out of there.

Sure, there were the city buses ferrying people north of the city. But for some reason the evacuation plan didn’t take into account the increased traffic — something that is all but guaranteed in an evacuation scenario.

So the buses sat in gridlock that day. While 100,000 citizens sat in their homes or filed into the Superdome… and waited for the deadliest U.S. hurricane in almost 100 years.

Katrina exposed major failures in America’s disaster preparedness and response systems that day. But it also highlighted just how financially unprepared Americans are for disaster of this scale.

If you don’t have an emergency fund, you put yourself at serious risk in the event of a disaster.

But when you’re living paycheck to paycheck, how can you possibly save up enough to protect yourself?

I’m of the opinion that everybody should be able to save money, no matter how much they make.

Throw in some compound interest and you’re looking at $20,000 between the time your children are born and when they finish high school.

That’s on $10 per week (the price of three Big Macs). Increase that number even slightly and the numbers grow exponentially.

I know it can be hard to save when you’re not making much money. Trust me, I’ve been there. But having an emergency fund is the vital first step to becoming financially prepared.

Here are some tricks you can use to get the ball rolling and take the sting out of saving for your first emergency fund.

Taking the human factor out of saving is the only foolproof way to save money every month, no matter what.

Simply set up your savings account to have a certain dollar amount deposited automatically every time you get paid. Most employers will be more than happy to set this up for you.

Since the money never hits your checking account, you won’t be tempted to spend it. And you can count on a guaranteed amount of dollars saved every month, which is extremely helpful for sticking to your financial goals.

Studies show that you spend less when you use cash because it makes the cost more tangible.

Debit and credit cards are convenient. But the disconnect between the card and the actual cash allows us to spend as much as we want without the usual pang of guilt from seeing cash slip away.

For example, McDonald’s reports that the average credit customer spends $7 a visit, versus just $4.50 for cash.

Instead of losing your change down the back of the sofa, stick it in a jar and save it for later. It may not seem like much at first, but it builds up over time.

Every evening, I empty my pockets into a jar in the kitchen and have it converted into bills at the end of the year. Last year I pulled down a little over $200, which I added to my emergency fund.

Note: You can convert coins to cash at a coin conversion machine like Coinstar. But be aware that Coinstar will charge an 11.9% fee for the conversion. You can duck this fee by opting to get your money placed on a gift card instead of cash. This won’t help your emergency fund, but if you cash in just before Christmas, you can buy all your gifts using an Amazon gift card.

What about you, reader? Have you any home-brewed tricks for spending less and saving more? If so, I’d love to hear them. You can email me right here.