Juul Labs is Having Just the Worst Day

In China, sales of Juul’s rad future cigarettes have been halted just days after the company launched to the Chinese market.

Neither Juul nor anyone in China have volunteered a reason for the sudden discontinuation.

Juul is really putting that “all press is good press” theory to the test.

The running theory right now is this “mysterious disease” is due to black-market marijuana vaping products spiked with vitamin E. (Vitamin E is fine in your almonds but, like most things that aren’t air, it shouldn’t be in your lungs.)

However, until the cause of these deaths is made clear, folks and governments are exercising a modicum of extreme caution. (Regular tobacco is still fine though.)

If what we’re seeing in China is a government ban going quietly into effect, Juul investors won’t be happy.

With over 300 million smokers, China is the largest tobacco market in the world. And Juul could make a killing (not literally, hopefully) if they successfully convert even a fraction of those smokers.

A spokesperson for Juul made a typically vague, corporate-lingo statement, saying the company looks forward to a “continued dialogue with stakeholders so that we can make our products available again.”

India’s health ministry (who are totally fine with regular tobacco) proposed the ban to ensure e-cigarettes don’t become an “epidemic” among children.

“Considering the seriousness of the impact of e-cigarettes on the youth, the cabinet has approved an ordinance to ban e-cigarettes,” Finance Minister Nirmala Sitharaman told a news conference.

Those who violate the ban face a jail term of up to three years and a fine of up to 500,000 rupees (a little over $7k), the government said.

The Department of Justice is suing Edward Snowden for the profits of his steamy tell-all memoir Permanent Record.

According to the DOJ, Snowden violated his nondisclosure agreement with the CIA (AKA the CIA NDA) when he published the book without having it vetted by the U.S. government first.

“Intelligence information should protect our nation, not provide personal profit,” said United States Attorney G. Zachary Terwilliger (who is not trying to prevent the sale of the books because the U.S. government would very much like a big ole slice of that profit).

“This lawsuit will ensure that Edward Snowden receives no monetary benefits from breaching the trust placed in him.”

Getting stuff vetted by the U.S. government was never Snowden’s strong point.

Snowden was charged with violating the Espionage Act in 2013. But he skipped town and sought asylum in Russia where he has been living ever since. 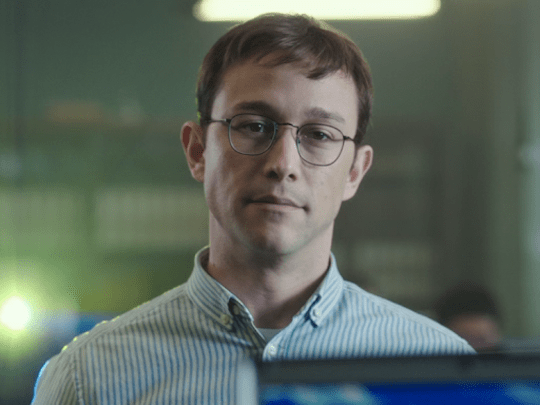 Joseph Gordon Levitt, who played the whistleblower in the film Snowden, does a spot-on impression of Theranos CEO Elizabeth Holmes.

In a recent interview with NPR, Sowden said he doesn’t particularly like living in Russia (no one does) but he’ll be spit-roasted by every international intelligence agency in the world if he leaves the country.

Snowden’s lawyer, Ben Wizner, said in a statement the book contains no classified information that the global news media had not previously published.

“Had Mr. Snowden believed that the government would review his book in good faith, he would have submitted it for review,” Mr. Wizner said. “But the government continues to insist that facts that are known and discussed throughout the world are still somehow classified.”

The lawsuit also named the bookd’s publisher, Macmillan, as a defendant. But the government said that it is only seeking to prevent the profits of the book going to Mr. Snowden.

Amazon’s new Lord of the Rings TV show (which nobody asked for) will be shot on location in New Zealand.

It’s no surprise that Amazon would want to evoke the setting of the highly successful Peter Jackson movies (OF WHICH THERE ARE ONLY THREE).

But the news probably came as a bit of a shock to the fine folks of Scotland who thought the $1.5bn production would be filmed in the Scottish Highlands.

(Which looks enough like New Zealand that you could probably get away with it as long as you crop out the giant hairy men drinking Irn Bru and throwing trees.)

Earlier this year, the Scottish media reported that a deal to base production at a studio in Edinburgh was close to completion. But in July, the New Zealand Herald reported that Brexit uncertainty had brought Amazon groveling back to land of Mordor.

“If this report is accurate, Scotland is set to lose out on a $1.5 billion production because of a Brexit shambles we voted overwhelmingly against,” said Scottish politician Ross Greer, referencing the fact that Scotland voted 62-38% to remain in the EU.

And it isn’t just Jeff Bezos’s hobbit money Scotland is missing out on. Since the Fellowship of the Ring was released in 2001, New Zealand has seen a 50% uptick in tourism, representing tens of millions of dollars each year. 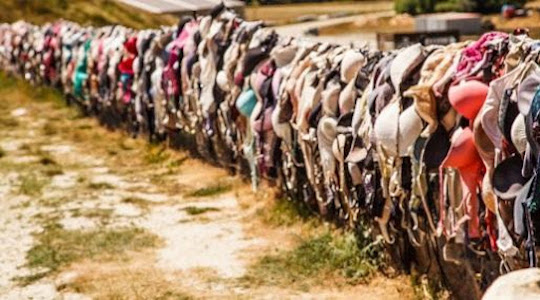 This week we’ve been doing a deep dive on the weird world of Chinese Imperial Bonds.

These are bonds issued by the Chinese Imperial Dynasty over 100 years ago (worth a trillion dollars in today’s money) that modern China refuses to recognize.

(Because being a pain in people’s butt’s and doing whatever they like is their whole thing. Kinda like us actually. Huh.)

Now as you can imagine, this doesn’t sit well with the folks holding onto that debt for China. A bond valuation expert quoted by USA Today put the bonds value at $3.6 million each, or $90 billion, back in 2001.

Since 2001, a group of bond holders have been lobbying the U.S. government (unsuccessfully) to force China to recognize and repay the bonds. And that same group recently met with a certain President of the United States.

These folks think that now, more than ever, there is an opportunity to force China to pay off these bonds: the Trade War.

Margaret Thatcher was able to leverage the Hong Kong negotiations in the 80’s to make China pay off British bond holders. And these American bond holders are hoping President Trump can do the same during the trade war negotiations.

Now, whether or not President Trump will act in the best interest of these bond holders, one thing is certain: this strange situation ads an arrow to the president’s quiver.

President Trump’s negotiators could leverage this enormous debt to secure partial (but sizeable) settlement to pay off the bond holders.

Or he could simply default on $1 trillion of UST bonds held by China and claim, based on these old bonds, that we’re all squaresy. That wouldn’t help these bond holders much but it’d be a darn fine thing for the country as a whole.

Obviously, it’s a long shot that these bonds will be anything more than collector’s items. But with bonds selling on eBay for less than $100, and a potential payout of $3.6 million… well, let’s just say that’s just the kind of longshot we love in the OLT headquarters.