Serious question: Who found the Jumanji board?

Last night, I watched the 1995 version of Jumanji for the first time in at least a decade.

Grab some popcorn and watch it again.

[Warning: Obligatory spoiler alert… for the three people who read this but haven’t yet seen Jumanji.]

The first roll of the game leads to the players being attacked by bats.

And, you’ll recall, when Alan Parrish returns from the jungle, his town of Brantford, New Hampshire, is in ruins.

Long-time local shops on Main Street are going out of business — some after 75 years. 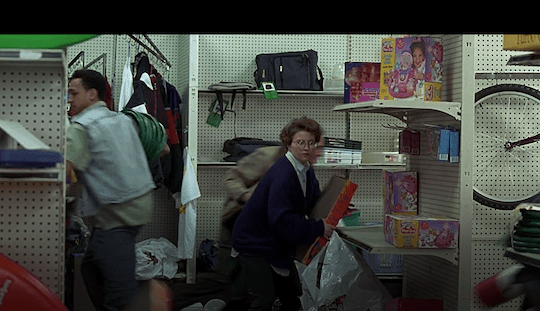 Some people seem sick, coughing, sneezing, and sniffling in the background.

The town statue of General Angus Parrish is barely recognizable, covered in graffiti.

The cop car that, hilariously, just keeps getting more and more wrecked… 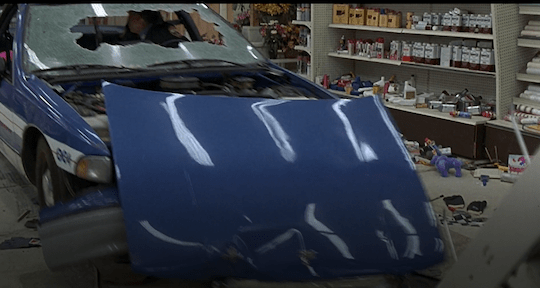 Later in the movie (at 1 hour and 14 minutes, to be precise… yes I started taking notes), the radio announces a strange emergency broadcast which doesn’t really point to anything else in the movie:

“An update on the extraordinary events unfolding in Brantford, New Hampshire where at least 98 people have been hospitalized, symptoms ranging from inexplicable fevers and rashes, to violent seizures. Local resources have been strained to the breaking point and state health officials are now asking anyone with such symptoms to dial 911.”

And, the hits keep coming… now with “bath salt cicadas.”

You heard that right.

2020 just so happens to mark the 17-year cycle when cicadas emerge from their hibernation.

And, according to some reports, a fungus is causing their sex organs to fall off, turning them into “sex-crazed zombies.”

A West Virginia University researcher has described them as ‘flying saltshakers of death.’

The researcher also claims to have discovered the chemical mechanisms driving the cicada’s strange behavior: cathinone, an amphetamine, also known as “bath salts,” and psilocybin, the psychoactive compound in “magic mushrooms.” 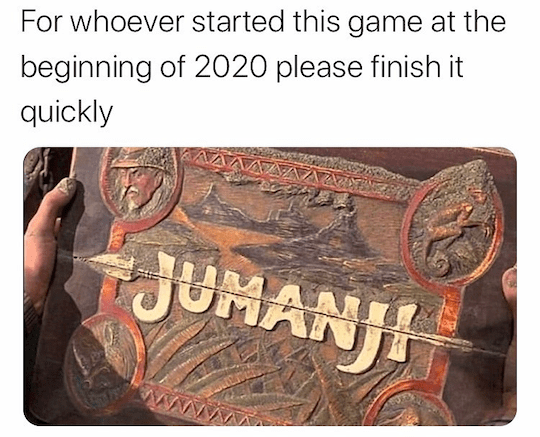 Consider that — although it’s certainly amplified — 2020 isn’t much different than any other year.

All of this too shall pass.

But, as James Altucher points out in today’s featured article below, one thing hasn’t changed… and won’t.

Disaster will always be trending.

Every year is Jumanji.

The only thing you can really do, says James, is keep your head… and ask yourself the three crucial questions below.

Disasters Will Always Be Trending: Ask These 3 Questions

It was exactly midnight, so (as Mercedes told me to do) I smashed the coconut in the middle of the West Side Highway.

Things are going to get better, I thought, when I saw the coconut all over the highway. It was March 2002. My second baby was born the night before.

On 9/11, I lived two blocks from the World Trade Center. During the Financial Crisis, I lived on Wall Street. I’m a bit tired of always living at “Ground Zero.”

For 15 years, I thought my self-worth was my net-worth. And everyone else had an agenda for me. I had been living my life upside down.

I listened to other people’s agendas for me. I never asked: “Who am I? Why am I? Why now?” because for a long time I couldn’t figure out the answers.

The above image shows the number of Google searches over the past year: Impeachment, Iran, unemployment, COVID, Floyd.

Iran was a blip. One day it was World War III. My kids asked, “Are we getting drafted?” My answer: “I hope so!”

But the next day… where did Iran go?

The impeachment hearings were a reality show with a bunch of old men. Very boring. Will there be another season?

9/11. Financial crisis. It always seemed like the end of the world to me. My favorite drug became Klonopin for anxiety. I wanted to predict my future but couldn’t. I wanted to believe the psychic.

Things are uncertain now and humans hate that. We want answers!

When I was hitting bottom, a friend of mine — a venture capitalist — told me he owed all his success to a psychic.

He gave me her address.

I went out to West New York by bus. I wandered around for hours until finding the psychic’s storefront. I saw people listening to music out of a beat-up car, playing dominos on the street in the middle of the day.

I wanted to move there, disappear, play dominos in the street with my new friends, never go back to my life again.

The psychic told me to throw a coconut in the middle of the West Side Highway at midnight.

I did. I smashed it.

A few months later I was worse off than I was. I never slept. I cried every day.

But it was years before I started asking those questions.

Because people need to know things are going to get better.

Because we survived this. Because fear is OK but now is the time to help others know that.

Because to be happier, you need to help others be happy. To be successful, help others find success. To find answers, help people ask questions.