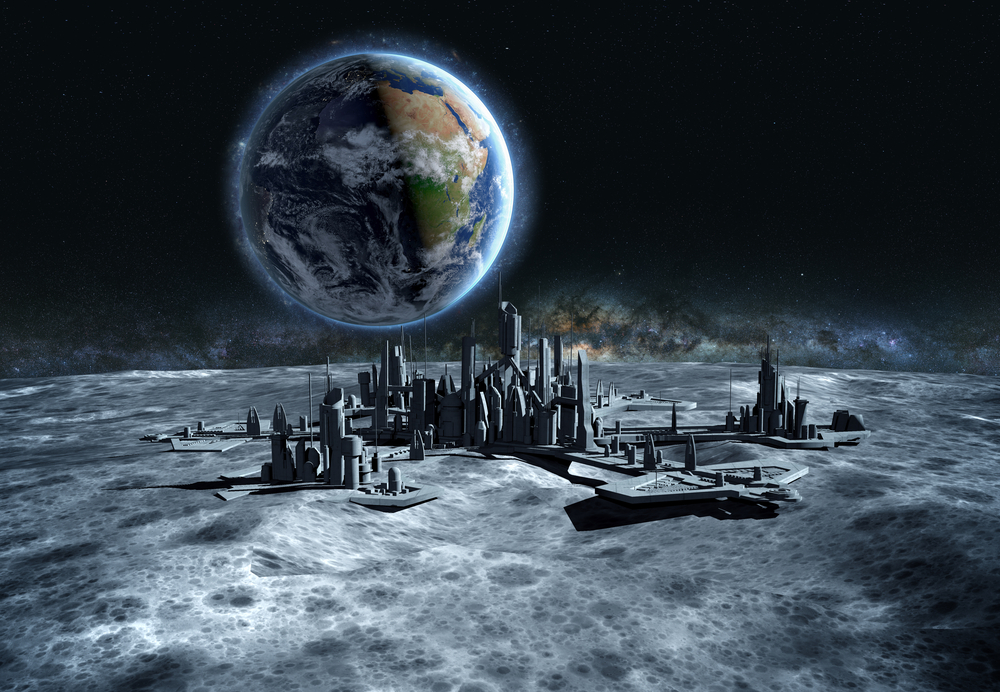 Slack’s stock (WORK) plunged 16% in afterhours trading last night, after the annoy-me-at-work app posted weaker than expected guidance for the rest of the year.

(If you work in an office, you know what Slack is. If not, it’s a “business communication tool” primarily used for taking lunch orders and sending me “hilarious” gifs, Matt.)

In its first earnings report since its June IPO, Slack beat analyst’s expectations for revenue and earnings (as in, it didn’t lose as much money as folks thought it would). But weak guidance for the year ahead and failure to address a Microsoft-sized elephant in the room rocked investor confidence.

Slack is forecasting a loss of 40 cents to 42 cents for the full year on and $154 million to $156 million in revenue. While analysts (who have a nasty habit of getting things wrong in general) were expecting a full-year loss of 40 cents on $601 million.

In July, Slack’s only real competitor in the its-just-WhatsApp-for-work space, Microsoft Teams, released some figures that suggested Teams is used more widely than Slack.

Sometime around the end of August, KeyBanc Capital Markets analysts told its clients: “We see an equal opportunity for both Slack and Microsoft Teams to grow as alternatives to traditional e-mail and argue a duopoly-like market structure could form around the two most popular messaging-centric in platforms at maturity.”

However, the fact that this-app-that’s-a-serious-pain-in-my-daily-ass declined to release its daily user statistics in its first quarterly earnings report was a big red flag for investors.

Slack’s stock (which has the world’s least fun stock ticker: WORK) took a pummeling in the afterhours trading, briefly dipping below the $26 price of its initial public offering.

Slack is just one of more than a dozen tech companies with market capitalizations above $1 billion (and zero profits) to IPO this year.

Slack’s CEO Stewart Butterfield, said Slack won’t be profitable this year (or probably any time soon) because most of its new users are in nontechnical roles.

Once all those non-technical users are turned into technical users who want to use Slack’s premium software (somehow) the money will start rolling in (it won’t).

The reveal, which brings Kellogg and Hormel into direct competition with Frankenmeat producers Beyond Meat and Impossible Foods, wasn’t a joint announcement. Their PR departments just suck and they dropped their big plant-based news on the same day.

Hormel’s range of plant-based meat evokes the patron saint of painting clouds, Bob Ross, with the brand name Happy Little Plant. But even though Ross cuts the profile of a Ben & Jerry’s stakeholder, he wasn’t actually a vegetarian AS EVIDENCED BY THIS PHOTO OF HIM EATING A MEAT LOVER’S PIZZA: 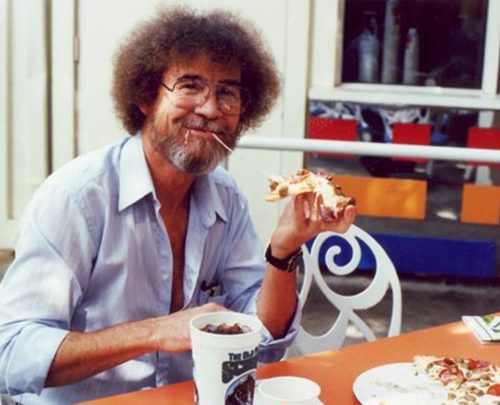 I spent way too long trying to find a picture of Bob Ross eating meat today.

Kellogg’s product line of fake meat will be called Incogmeato and sold under the company’s MorningStar health foods brand. (Incogmeato, I have to admit, is very funny. Terrible name for something you expect me to buy and put in my mouth. But very funny.)

“As more consumers are choosing a ‘flexitarian’ lifestyle and actively reducing meat, we’re thrilled to be extending the MorningStar Farms portfolio with a delicious and satisfying meat-like experience,” said Sara Young, general manager at MorningStar and crafter of the most unsettling sentence I’ve ever read.

In case you’re wondering, the psychopaths at MorningStar Farms define a “flexitarian’ as a vegetarian who sometimes eats fish and meat. (Which is not a thing, Sara.)

After Beyond Meat IPO’d earlier this year and exploded by 500% in just a few short months, everyone and their plant-based dog is trying to get in on the Frankenburger game.

Barclays projects the “vegetables that bleed” industry will reach $140 billion over the next decade. But it remains to be seen if the scrappy little startups can outlast the old guard with the infrastructure and supply lines.

A nonprofit organization of Silicon Valley tech execs and engineers wants to build a Utopian settlement on the moon (and I’m sure there’s absolutely no way this could go wrong. OOPS now we’re in a space war).

The group of high-profile nerds based in San Francisco (because of course, it is) worries that governments and billionaires will take over the moon and there’ll be no moon land left for the regular old moon farmers like you and me.

Before the moon’s all booked up, the Open Lunar Project aims to establish a settlement free of allegiance to any country or any Elon Musk. (Ten bucks they’re calling themselves Moontopia and have a standing army within 10 years.)

“Our highest ambition is catalyzing and enabling a peaceful and cooperative lunar settlement,” Chelsea Robinson, the director of policy and governance for Open Lunar and future Duchess of Moontopia, told Bloomberg.

“At this time when there are so many commercial and government actors advancing their efforts on the moon, we are excited to demonstrate a civic approach to participation.”

The Open Lunar Project’s members include an impressive array of former NASA scientists, satellite engineers, and even astronaut and famous mustache-haver Chris Hadfield.

So far, the group has raised about $5 million, but it has a long way to go to raise enough capital to send a bunch of ding dongs to go live on the moon.

“I want to look up at the full moon and have it mirror back to me, not just light like it has for millennia, but mirror a vision for how we want our future to operate here on Earth,” Robinson told Bloomberg, while drawing up the blueprints for a giant moon statue of herself.

In the last month or so, we’ve been inundated with a landslide of traditional recession indicators. (Yield curve inverted, GDP slowing, dogs standing on two legs.)

It’s nice to be able to deliver a spot of (potentially) good news once in a while. (And in case that intro didn’t make it obvious, that’s what I’m about to do.)

According to the ADP National Employment Report, the private sector in the U.S. added 195,000 jobs last month.

That figure is about 50,000 more jobs than economists were expecting. And it may be just enough to stave off the dogs of recession.

“Hiring has moderated, but layoffs remain low,” Mark Zandi, Moody’s Analytics chief economist said in a statement. “As long as this continues recession will remain at bay.”

However, the Great and Powerful Zandi said that the current pace of job growth needs to continue at a time when various sectors are falling.

“This highlights why the economy is at risk,” Zandi said in a CNBC interview. “If job growth slows any further that means unemployment will start to rise and that will be the fodder for recession.”

Most of these new jobs came from the service-providing sector, which added 184,000 jobs, according to ADP. But the Bureau of Labor Statistics will release their official figures tomorrow.

Yesterday, Walmart entered the gun debate with a set of measures designed to curve gun violence and a now-infamous memo from CEO Doug McMillon stating the company’s position on gun control going forward. Here’s what you had to say:

A smart decision that Walmart will not be selling guns. — Diane B.

I will no longer buy anything at Walmart and will encourage friends and family to do the same. — Robert J.

Even though I understand the reasoning behind this decision, it directly affects me when purchasing 9mm hand gun ammo. I am an upstanding citizen who practices the art of self-protection under my 2nd Amendment rights. I go to the range, qualify with my handgun & practice all the safe handling procedures. The use of my hand gun will cost me more, but in the long run we still have not removed the guns from the hands of the idiots & mentally unstable. — David R. (Edited for length)

WalMart can decide to stock or not stock any item they want and I don’t particularly care; but I think that their CEO ought to keep his political views to himself, especially as I believe that he is only virtue signaling to keep the LiberalProgressives off his a$$. — Raymond J.S.

Maybe. But any action on guns in this climate is going to be perceived as political. This way, McMillon gets to put his own spin on the narrative. Dick’s Sporting Goods took similar action a few months ago and tried to pass it off as “responding to the market.” That only pissed off everyone and sent their stock plunging. On the other hand, Walmart’s stock is up three days in a row.