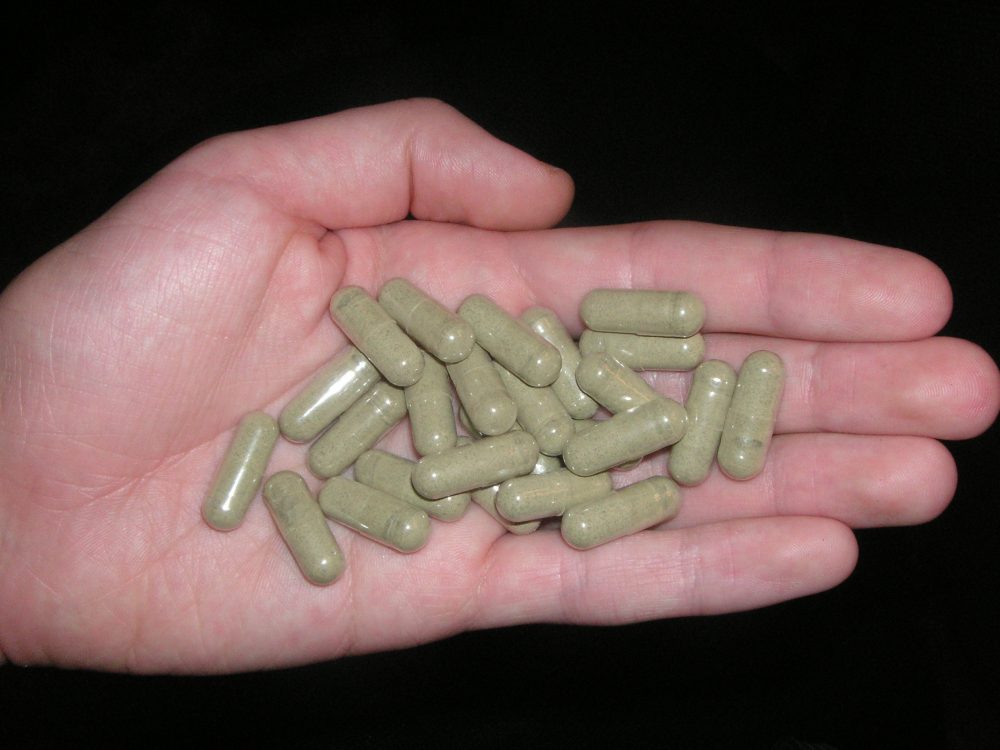 Upon writing, I’m in Nevada City at an “herbal lounge” called Elixart. And I’m doing a drug which will, on Sept. 30, be illegal as doing heroin. 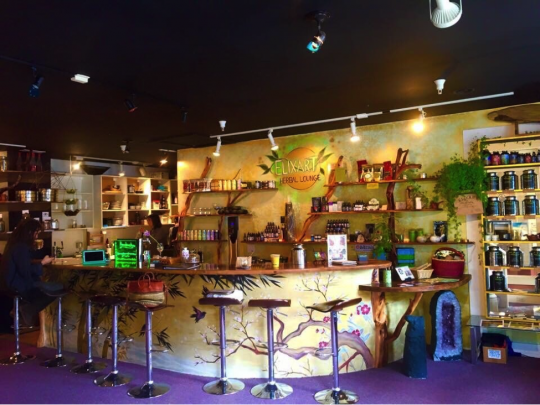 I’m here with Mike Margolies, and we’re sharing a large pot of kratom — a plant indigenous to Thailand and Southeast Asia.

Thanks to the DEA, the contents in the glass you see below will soon be highly illegal. But not quite yet. Because, you know, arbitrariness is arbitrary. 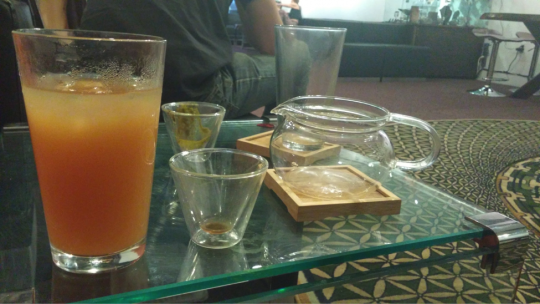 Elixart serves up all types of weird concoctions. You can order everything from kava (a relaxing root), shilajit (a primordial ooze full of minerals), coca leaves bashed into a tea (ahem), and much more. 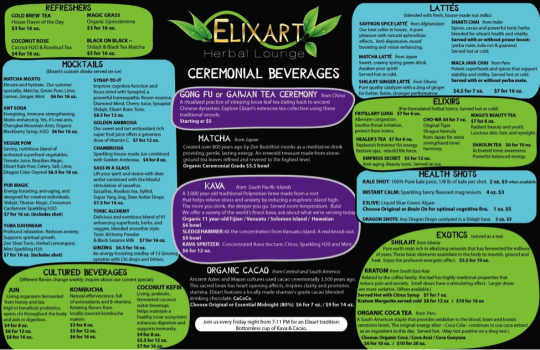 But kratom, today at least, is the talk of the lounge. And it’s perfect I’m  here drinking this with Mike.

Mike is the “Director of Expansion” for a magazine called Psymposia. They publish articles about cognitive liberty, psychedelics and the War on Drugs.

“A big part of Psymposia’s goal,” Mike told me between sips of kratom, “is to make the drug war obsolete.”

We plan to talk more about Psymposia, and what they do, in tomorrow’s episode. Stay tuned for that.

Today, though, we’ll dig deeper into the DEA’s decision to ban kratom from being sold in the United States — even going so far as to lumping it in with Schedule I drugs such as heroin, LSD and the ever-dreaded marijuana.

According to the DEA, its decision to ban the plant is part of a larger effort to “avoid an imminent hazard to public safety.”

Keep in mind, the DEA hasn’t released any data which supports the idea that kratom is causing havoc in the harrowed streets of the Land of the Free. In fact, the actual data about Kratom reveals a different story.

Numerous medical journals have shown its effectiveness in safely fighting opiate addiction withdrawal. (In the U.S., where heroin addiction has reached near-epidemic levels, this should be worthy of an investigation, not blanket banning.) Moreover, Kratom can also be used to help relieve chronic pain in patients with chronic illnesses without the use of more-addictive opiates prescribed by doctors (pharmaceuticals, as you may know, are oftentimes the “gateway” to street heroin use).

Kratom is far safer than, let’s say, a drug called fentanyl, which is manufactured by the Arizona-based pharmaceutical company Insys. Fentanyl is 50 times stronger than heroin, and is linked to a growing number of deaths in the U.S. In fact, it’s the drug, we now know, that accidentally killed Prince.

Kratom, on the other hand, has been shown to help drug abusers wean themselves off of hard drugs like heroin and even meth with very few (and very minor) side effects.

“Kratom,” a worker at Elixart just told us, “has properties which make it very beneficial for pain, stress and anxiety. It interacts with the opioid receptors in the brain. It is not technically an opioid, but it acts like one.”

Which is why it can help heroin users safely wean off of heroin without the excruciating — and sometimes deadly — withdrawal symptoms.

It’s an actual solution to the heroin epidemic. And for that reason, it should be encouraged and studied, rather than banned completely.

But, alas, government officials are all too happy to parade around pictures which show the horror of drugs — but never acknowledge the horrors created by the Drug War. And of course, they’ll be the first to ride their high horses into a Kratom facility and pick it clean after the plant becomes illegal. 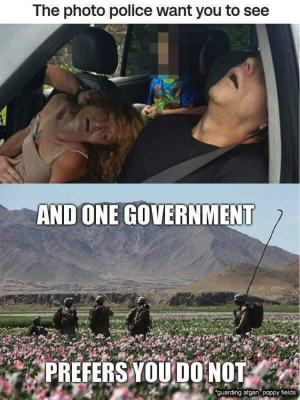 Dig a little deeper into why Kratom is being banned, and the picture becomes painfully clear. Big Pharma wants its pound of flesh.

“Currently,” Matt Agorist writes on the Free Thought Project, “the pharmaceutical industry is using kratom alkaloids to manufacture synthetic opioids. As Cassius Kamarampi points out, three synthetic opioids, in particular, were synthesized from the alkaloids in kratom from 2008- 2016: MGM-9, MGM-15, and MGM-16. They were synthesized from kratom’s alkaloids Mitragynine and 7-Hydroxymitragynine: to make what is essentially patentable, pharmaceutical kratom.”

Glaxo Smith Kline and French Laboratories were the first at filing patents for the synthetic kratom alkaloids.

Why? Well, legal pain medicine has been killing thousands each year and converting users into heroin addicts. For that reason, Big Pharma is searching hard for an alternative.

“Kratom,” says Matt, “could be that alternative. However, since kratom can be grown in your backyard, pharmaceutical companies can’t monopolize it — unless the government outlaws it.”

And there’s the rub.

Tomorrow, we’re going to talk to our friend Mike Margolies about Kratom, abolishing the DEA, the therapeutic value of psychedelic drugs and what Psymposia is doing to “make the Drug War obsolete.”

For now, I’m going to enjoy my harmless drug before it becomes illegal.