Crack This Code for FREE GOLD

There’s 2,921 pounds of gold buried in the hills of Montvale, West Virginia.

And it’s all yours if you can break the code…

It’s not just gold, either. There’s 5,100 pounds of silver and about $1.5 million of precious jewels down there. In total, the stash is valued at approximately $60 million.

It shouldn’t be too hard to find, right?

Well, if that was true, dear reader, I wouldn’t be telling you all about it.

I’d be in a pickup truck somewhere in Montvale, West Virginia, with a shovel, a metal detector and 12 duffle bags.

You see, folks have been searching for this treasure for almost 200 years. But nobody has been able to decrypt the cipher that holds the key to its true location.

The Treasure of Thomas J. Beale

Thomas J. Beale was a 19th-century adventurer who discovered a mine rich with gold and silver on a hunting trip near the New Mexico-Colorado border.

Beale and his cadre of hunters loaded up their horses and lugged the treasure back to Montvale, West Virginia. There he buried his treasure near the now-infamous Buford’s Tavern.

In case he should die before returning to dig up his stash, Beale left three complicated puzzles with the tavern owner. Anyone who could solve the puzzles would be led right to the treasure.

Two hundred years later, the codes are unbroken… and the treasure remains buried in the shadow of the Blue Ridge Mountains.

The best codebreakers in the world have wasted years trying to crack the code. And so far, only one of these puzzles (known as Cipher No. 2) has been decrypted.

These ciphers are basic substitution ciphers. They look like a large string of numbers (pictured below). But each number represents a letter of the alphabet. All you need is the “key text” to unlock the meaning of the letters.

Let’s say you knew the key text was Moby Dick. You would crack open the first page and number all the words. The numbers will line up with the numbers in the cipher.

For example, the cipher (10, 13, 39) would bring you to the words long, or and watery on the first page of Moby Dick. You simply take the first letter of each word and that solved cipher is low.

The problem is if you don’t know what the key is, it’s almost impossible to break the code. And the key could be anything. A book… a newspaper… a person’s diary…

Not to mention this cipher was created 200 years ago, which means the key text has to be a book that existed back then (so it’s probably not 50 Shades of Gray).

The key text for Cipher No. 2 — which is the only cipher that has been solved to date — turned out to be none other than the Declaration of Independence.

I have deposited in the county of Bedford, about four miles from Buford’s, in an excavation or vault, six feet below the surface of the ground…

And then went on to describe the vault’s contents in detail. Unfortunately, it seems that the purpose of Cipher No. 2 was simply an inventory of the treasure. The actual location of the treasure was hidden in the now infamous Cipher No.1.

Cipher No. 1: The Codebreaker’s Treasure Map

For 200 years, folks have been banging their heads off the wall trying to decipher Cipher No. 1.

Others tried to brute-force the problem, blasting the entire Montvale countryside with dynamite… excavating with diggers… combing the land with metal detectors.

But no one has found a single piece of gold… and folks have spent their fortunes searching.

Millionaires have gone broke. Men have abandoned their families and lives just for a shot at finding it. And to this day, people are still looking.

It’s a testament to the permanence of gold and silver. Here we are, 200 years later, and not only is that gold and silver still valuable… but it’s far more valuable than when it was dug up from the ground.

So valuable, in fact, that men would spend their whole lives searching for it. If you buried 60 million American dollars today… do you think people would still be looking for it? Do you think the currency would even still exist?

It’s hard to say. We could be just one economic crisis away from the complete devaluation of the dollar.

But gold endures. As it always has, since people started trading with it almost 5,000 years ago.

If you’d like to take a crack at solving the puzzle, here’s the infamous Cipher No. 1. 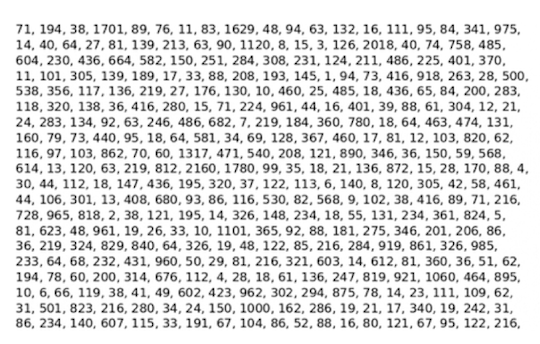 Who knows? Maybe you’ve got the key text in a box your attic.

If you solve the puzzle, feel free to send me a little thank-you card from your brand-new luxury yacht.

But for the rest of us who want the financial security only gold can offer, we’ll have to find it the old-fashioned way or buy it online at a reputable dealer.

Remember, if you are buying gold or silver, you always want to store it somewhere you can easily access it. A pile of gold stored in a vault in Sweden is going to be no good to you if there’s a catastrophic, world-changing event.

Click here to add some gold or silver to your financial emergency kit today.