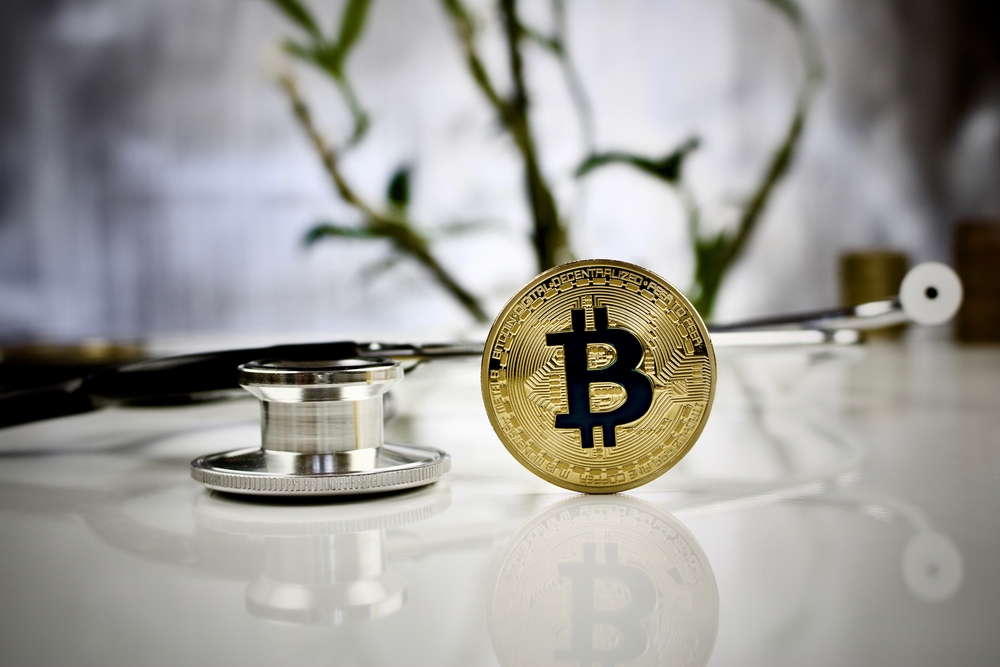 Could cryptocurrencies save healthcare?

And Epic is part of the “healthcare problem” we face in America today.

“There are over 117 million Americans diagnosed with one or more chronic health conditions that will face problems receiving their health information,” Chrissa McFarlane, CEO of Patientory, said in her talk at Boomtown, a popular startup demo day.

This lack of access, she says, amounts to wasted time, an increase in costs and a decrease in care.

But Patientory wants to fix that — using cryptocurrencies and blockchain technology.

Put simply, Patientory wants you to store your health information on one secure, private and easily-accessible place — your own individual “silo.” That way, you are in control of your own medical records. Wherever you go, they go, too.

Moreover, as another layer, Patientory allows you to instantly connect with others who are having similar health issues. That way, you can share information and become more informed about what ails you.

Why don’t you already have that power in the digital age, you ask?

Despite the name, though, it was far from high-tech. It was just another money-throwing operation where hospitals were forced to find ways to digitize their records.

It appears they thought digitizing everything would be the panacea. That this “one weird trick” would instantly solve the problem of a fragmented healthcare system. The real question — How do we share data seamlessly across insurers and hospitals and doctors? — never seemed to cross their minds.

Which is why, eight years later, it’s still a problem.

Although doctors input the data electronically, less than ten percent of hospitals say they trade entirely through their digital databanks. Most hospitals are still faxing and mailing records.

HITECH was an epic windfall for Epic and a few other healthcare record digitizers vying for market share in a broken system. As a result, though, we have an array of closed third-party systems that have very little intention of creating bridges to communicate that data cross-platform.

Allow the patient, not some third party, control their own data in a secure, private and easily-accessible way. And that’s what Patientory is setting out to do.

To explain why it’s a paradigm-shifting solution to some of healthcare’s biggest challenges, we invite Troy Bannister of StartUp Health.

Blockchain has a lot of buzz around it today, but the applications and implementations have just begun.

As I clicked “buy” on my new Coinbase dashboard, I watched as my bank account confirmed a transaction from Bank of America to a vague, unregulated analog — Ethereum. Years ago, I had become intrigued by the cryptocurrency story that was unfolding in the lives of my tech-oriented friends, but it was only recently, when I spoke with Chrissa McFarlane, CEO of Patientory — who used cryptocurrency last week to raise $7.2 million in a matter of days — that I understood what it meant for healthcare.

Essentially, what Chrissa did was sell virtual coins that represent space in which to store health data on the Patientory network. This type of fundraising is a relatively new and powerful way to raise capital to build a product for users — who, by purchasing coins, literally own the digital space in which the product lives. Initial coin offerings (ICOs) have been making the news lately for raising huge amounts of money with unthinkable speed, like the ICO of the former Mozilla CEO that raised $35 million in 24 seconds.

Now, as Chrissa and her team continue building their business with these very funds — adding customers, analytics, APIs, EMRs — they are creating a completely distributed universe of unhackable, real-time, interoperable patient data for their coin holders.

As the company grows, so does the demand for the data and access to the platform, with the coin’s value increasing alongside that demand. 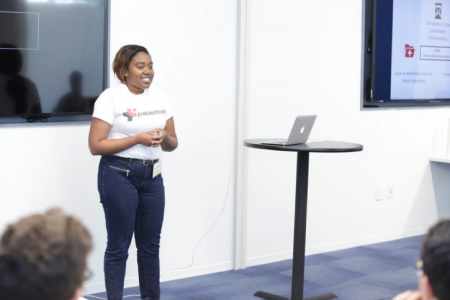 When I first met Chrissa more than a year ago she was just beginning her journey to solve one of healthcare’s most sinister and convoluted problems: the digital stringing together of a fragmented and insecure health system.

Traditionally, servers run in their own isolated code silos, making it really hard to share data. However, with blockchain, anyone can create a miniature server on their own device that replicates all the necessary parts of other miniature servers so there is no one place to hack, break, or lose information.

The real zinger here is that Patientory offers more than just cyber security to its customers. It also offers a complete population health management solution unlike any other, in so far as the platform itself is distributed among patients, making it impossible to leak data. We all saw what happened with the WannaCry Ransomware in the UK. What Chrissa is offering solves for the estimated $2 trillion in cybersecurity damage predicted by 2019.

And this is just the tip of the iceberg. Ethereum, the cryptocurrency Patientory has chosen to build off of, is its own coding language, which gives it some interesting advantages over other cryptocurrencies like Bitcoin. First and foremost, it’s incredibly useful. How about tying coins to patient metrics? Imagine an insurance company offering coins for patients who are able to lower their A1C levels by 2% before their next check-up. For those who do, their lab results automatically trigger the release of a coin. It’s one of those rare win-win-win-wins that totally removes middle management.

These so-called ‘smart contracts’ emulate the logic of contractual clauses. The patient wants to save money and get healthy, the insurance company wants to pay less than the cost of a sick patient by keeping them healthy, the provider has a seamless diagnostic, communication, and reimbursement process, and the data is on a single, safe, private, and interoperable platform — all without any paperwork or middlemen.

What’s really amazing about all of this is how interconnected it is. Instead of a patient thinking, ‘If I skip the doctor’s office, I can save $150”, the patient will now think, “If I get better, I can earn tokens.”

It’s almost poetic, in a sense, how a patient’s money, data and health can become nearly indistinguishable. With Patientory, it’s difficult to understand where one ends and the next begins.

This is not a run-of-the-mill product; it’s a paradigm-shifting solution. It’s also an important development in healthcare as we look towards a future still unsolved in its incentive, payment, and data architecture.

Patientory is forward thinking, ambitious, daunting and complex. And it’s something we can take advantage of today.

[Ed. note: This article originally appeared on the Health Transformer blog right here at this link.]