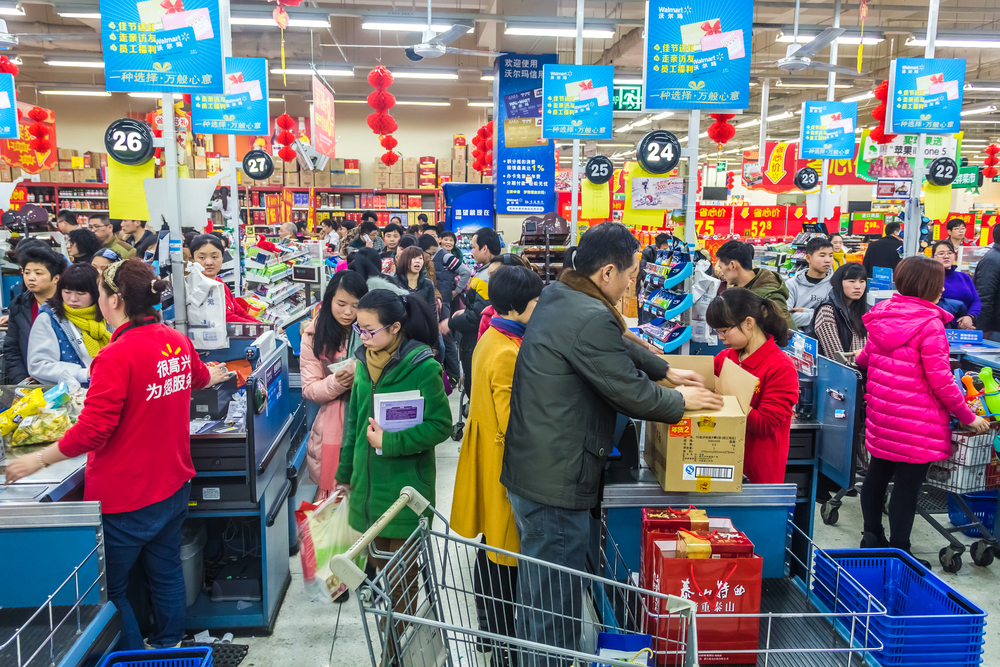 Why does U.S financial expert Jim Rickards care about China?

This is a question I get asked a lot.

So what if the People’s Republic has racked up $38 trillion in debt in the last 20 years alone?

Who cares if the Chinese construction industry is propped up by building expansive modern cities that no one will ever live in?

Well, you could look at it that way. But you’d be ignoring the fundamental danger of a collapsing economy.

In economics, this phenomenon — when an economic crisis spreads from one market to another — is known as a “financial contagion.”

In the past, this was a relatively localized phenomenon. A crisis would spread throughout a geographic region and go no further. But over the last two hundred years, the global economy has become tangled and intertwined in millions of imperceptible ways.

Today, crises spread along those channels like an enormous and complex web of financial ties. So complex in fact, that it’s almost impossible to predict who will and won’t be affected.

Europe’s economic experts were confident that the U.S. housing crisis would have a minimal effect on the European economy. But they didn’t account for all the big European banks who had dumped all their money into the U.S. housing market.

And we all know what happened next.

The same thing happened during the 1997 Asian financial crisis and the Great Depression. In some form or another, we’ve had periodic international financial crises in almost every decade since 1825.

So that’s why Jim Rickards cares about China. And why you should care about China. Because they’re on a crash course for a crisis on a scale we’ve never seen before.

Jim goes in depth in today’s issue of Money & Crisis.

P.S. After more than a decade of secrets, Jim has revealed this incredible information. You might not know this know this… but Jim was involved with developing a special tool while working with the U.S. government.

“Project Prophesy,” as it’s come to be known, can predict surprising political and economic events before they happen. Click here and Jim will tell you everything.

The Makings of a Global Debt Crisis Are in Place

In 2017, the financial world was filled with talk of synchronized sustainable growth in major economies for the first time since before the 2008 global financial crisis. This was being proclaimed by global financial elites including Christine Lagarde, head of the IMF.

China may report something like 6.8% GDP growth, but when all the waste in its economy is stripped out, the actual growth is probably closer to 4.5%. That’s still growth, but not nearly enough to sustain China’s massive debt overload. Its debt is growing faster than the economy and its debt-to-GDP ratio is even worse than the U.S.

Growth is also slowing in the U.S. The 2009–2018 recovery has already been the weakest recovery in U.S. history despite a few good quarters here and there. And there’s little reason to expect it to pick up from here.

GDP expanded 3.5% last quarter, which looks good on paper. But the trend is pointing down. Since this April, we’ve seen growth of 4.2% (Q2), and 3.5% (Q3). This trend tends to confirm the view that 2018 growth was a “Trump bump” from the tax cuts that will not be repeated. And Q4 GDP will probably be lower than Q3.

The Chinese Bear Is Breaking Out of Its Cage

Global slowdowns of the type we’re seeing now are exacerbated by the escalating trade wars and a new Cold War between the U.S. and China. But while global growth may be slowing down, debt creation is not.

I mentioned China. But it goes far beyond China.

According to the Institute of International Finance (IIF), total debt held by economies it tracks (both mature and emerging) rose to a record $247 trillion in the first quarter of 2018. That’s up 11% over the same period in 2017.

But the IIF reports it required a record $8 trillion of freshly created debt to create just $1.3 trillion of global GDP. The trend is clear. The massive debts intended to achieve growth are piling on every day. But growth is slowing. Meanwhile, many of the debts taken on since 2009 are still on the books.

This is a crisis waiting to happen. The combination of slow or negative growth and unprecedented debt is a recipe for a new debt crisis, which could easily slide into another global financial crisis.

In some areas of China, home prices are being slashed 30%. And The Wall Street Journal reports that October auto sales fell 12% year over year. The Chinese stock market has also fallen 25% year to date, which places it squarely in a bear market.

There’s no reason to believe these problems will stay confined to China. As we learned in 2008, this shift from positive to negative conditions can happen seemingly overnight and spread rapidly.

But the problem is made worse by the Fed’s monetary tightening policies.

The Fed is Not Ready for a Recession

The Fed is trying to “normalize” interest rates. It’s determined to stay on its course of raising rates until the official policy rate reaches 4% in early 2020. And it’s ready to raise rates again on Dec. 19. It continues to see strong growth and expects inflation, based on the lowest unemployment rate in almost 50 years. But these views are highly misleading.

The real reason for Fed rate hikes is to prepare for a new recession. Research shows that it takes about 4% in rate cuts to pull the U.S. out of a recession. How do you cut 4% when rates are only 2.25% (the current level)? The answer is you can’t. If a recession started today and the Fed cut rates to zero, it wouldn’t be enough to stop the recession.

The Fed is also drawing down its balance sheet with “quantitative tightening” (QT) by ceasing to roll over maturing positions in U.S. Treasuries.

It printed $3.7 trillion of new money from 2008–2014 under the banner of “quantitative easing,” (QE). But, behind the curtain, the Fed is also reducing the base money supply with QT to get their balance sheet down from $4 trillion to $2.5 trillion by the end of 2020.

Evidence suggests the impact of QT is roughly equivalent to another 1% per year of rate hikes. This means that the combination of nominal rate hikes and QT is equal to 2% of rate hikes per year off an extremely low base. In other words, the Fed is tightening more than it realizes and will probably cause a recession or worse by the time it realizes its mistake.

If another crisis happens, the Fed will cut rates back to zero. But it won’t be enough. Then they’ll have to abandon QT and go back to QE4. Other central banks will follow the Fed’s lead.

The market sees this coming, but the Fed does not. As usual, the Fed will be the last to know. Investors should prepare now for the inevitable crackup.

Having cash and gold are two places to start.