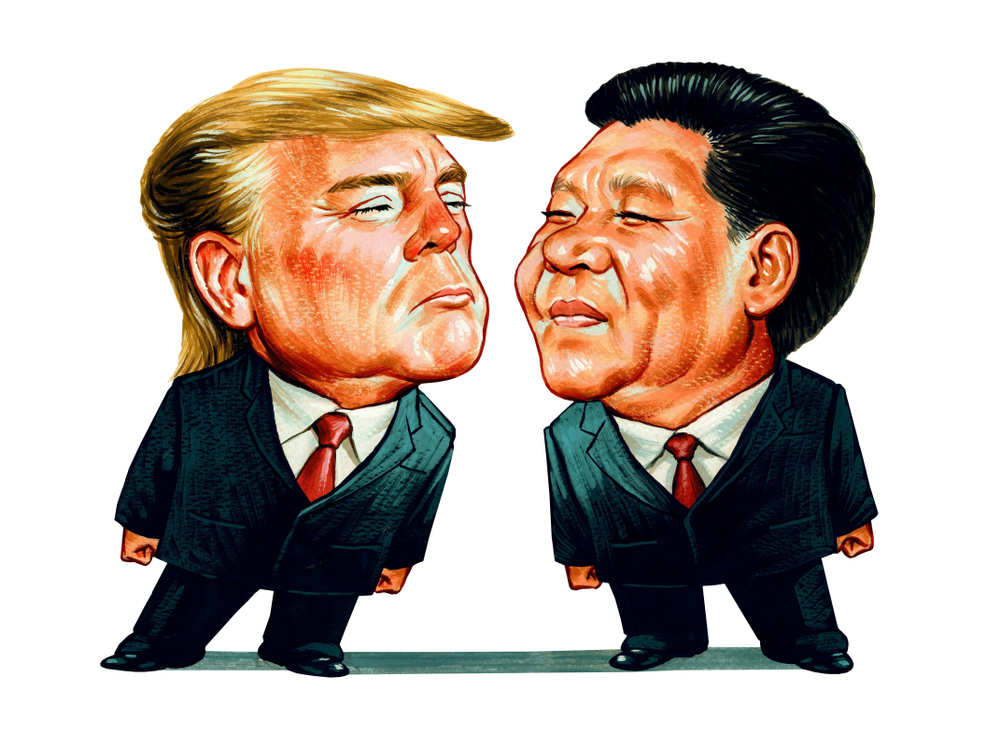 Trade negotiations with China took a turn for the worse yesterday, as the White House announced plans to roll out a new 25% tariff on Chinese goods.

For the past month or so, the Trump administration has been hinting that a resolution to the trade dispute was just over the horizon. But trade talks with China break down more often than my aunt who calls an entire bottle of gin an “aperitif.”

According to U.S. Trade Representative and #1-not-a-fan-of-China Robert Lighthizer, “Over the course of the last week or so, we’ve seen an erosion in commitments by China, I would say retreating from commitments that have already been made, in our judgment.”

We had some indication over the weekend that talks were starting to break down (delivered in the same way we receive all our important geopolitical news these days).

On Saturday morning, the President tweeted, “The Trade Deal with China continues, but too slowly, as they attempt to renegotiate. No!”

And so, starting this Friday, tariffs on $200 billion of Chinese imports will be raised from 10% to a crippling 25%. (If you had your eye on that cheap Chinese snow blower, you might want to buy it now. Or don’t. It’s May.)

According to White House officials, there are three major sticking points on the deal:

As Donald himself told his 60 million Twitter followers over the weekend:

U.S. stocks took a nosedive Monday morning in response to the news, but the Dow Jones Industrial Average staged a Rocky-esque comeback, ending the day at just down 0.3% at the close. Meanwhile, Chinese stocks posted their biggest single-day decline since 2016.

There is some speculation that this is just a negotiating tactic from Trump’s team to use as leverage as they enter the final stage of negotiations. China’s vice premier will be in town later this week to attempt to resume negotiations. (He should probably read The Art of the Deal before then.)

The governor of Illinois announced a new bill yesterday that would legalize the recreational use of marijuana in his state. (How is this only happening now? Didn’t Chicago invent jazz?)

Under the new law, residents would be allowed to carry 30 grams of the sticky icky without repercussion, while non-residents would be restricted to just 15 grams (because out-of-staters can’t hold their weed).

Additionally, folks would be given the green light to grow their own — as long as you grow no more than five plants and keep your Dankinstein grow op in a locked room out of public view (lest a poor child put eyes upon the devil’s lettuce).

If the bill is passed — which seems likely considering Pritzker’s Democrats hold the majority in both chambers — the law would go into effect on Jan. 1, 2020.

Critics of the bill have pointed out that the bill gives priority to the medical marijuana operations that are already in place. This gives them an unfair advantage over entrepreneurs who want to enter the legal weed game. (Who will have a hard time staying motivated as it is because of all the legal weed.)

Getting Lost in the Weeds

With legalization gathering steam all over the country, it’s clear that there’s a lot of money to be made in the budding marijuana industry.

Unfortunately, a market as new and as exciting as marijuana comes with its own risks.

There are a lot of young guns and cowboys out there who have no idea what they’re doing. And many of these guys won’t make it to the end of the year.

Until recently, I thought there was no way of avoiding that risk. But one of our researchers recently discovered an almost unheard of “secret” plan that could allow anyone to retire rich from marijuana.

This 100% fully legal plan could be your ticket to financial independence once and for all, using a strategy that goes back over 40 years.

The best part about this alternative investment program is it works the same way a 401(k) fund does. But you don’t have to wait 20 years or more to start seeing the results. Because you’ll start to receive your payments almost as soon as you enroll and commit to investing.

It all works by tapping into the revenue of one of the most profitable companies ever to enter the marijuana trade.

And with the explosive growth in legal marijuana sales happening right now, the timing of you finding this opportunity simply could not be better.

Click here to find out how to double your retirement savings with the Weed-tirement plan.

The XFL is Back, Baby

But in the spring of 2001, McMahon had a not-so-brief moment of insanity and launched an off-season football league, complete with all the trimmings we’d come to expect from McMahon’s tenure at the WWE.

The XFL’s first and only season aired on NBC and bizarrely lead straight into SNL (the XFL as a concept is probably funnier than the majority of SNL episodes). 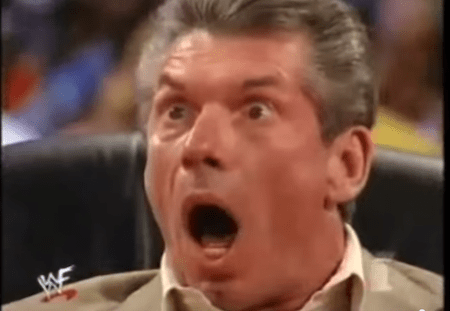 Keeping McMahon away from the day-to-day of the XFL is key to its success.

Although McMahon is involved with the 2020 XFL reboot (he sold $100 million in WWE stock to fund the venture), he’s handed the reins over to the decidedly more serious and less-horny Oliver Luck.

Luck’s career in sports could not be more different than McMahon’s. He started as an NFL quarterback. After his retirement, he served as CEO of the Houston Sports Authority, president of Houston Dynamo, and executive vice president of the NCAA.

Luck has signaled his intention to steer the XFL away from its wonderfully trashy roots. The EXTREME team and players names are gone. The hyper-sexualized cheerleaders are just regular scantily clad cheerleaders now.

The new XFL’s mission statement is that the games will be faster, safer, fan-centric (whatever that means), and played in less than three hours. And the games will no longer lead into the Kenan Thompson Pulling Faces Show.

Starting Feb. 8, ABC, Fox, ESPN, ESPN2, FS1, and FS2 will all be broadcasting XFL games. Obviously, that’s a huge win for a league with the XFL’s reputation and a vote of confidence in Luck.

In fact, the biggest challenge Luck now faces is distancing the new XFL from the reputation of its namesake. Which, as it turns out, is barely a name in the first place. Apparently, the “X” in XFL doesn’t actually stand for anything AND NEVER HAS.

It’s just a letter they needed to fill out their logo.

“There are a limited number of letters in the alphabet,” Luck said in an interview with the Rolling Stone. “AFL? Nope, taken. BFL? Eh, doesn’t sound very good. CFL? Taken. DFL? What’s the D stand for? … They went all the way down the list, slept on it for a couple of days, came back — and, long story short, they said the XFL still has some brand equity.”

The XFL’s salary cap for its 52-man roster is set at a little over $4 million — which works out to just $77,000 per player. The NFL’s rookie minimum salary is seven times higher than that. (Which means the roster will be largely made up of NFL rejects and former NFL stars with gambling debts to pay off.)

Whether or not Luck can successfully temper McMahon’s worst impulses and keep this ship on course remains to be seen. But this is the closest we’ve gotten to a legitimate off-season football league since the USFL in the 80s.

Investor’s eyes are all on China right now.

As we covered in today’s first story, every development in the trade negotiations sending shockwaves through the global markets.

And there’s a good reason for that.

And when you get to be as wealthy and powerful as China, you’ll find it comes with some perks.

If you can keep the cheap products rolling out, folks will happily to look the other way when it comes to… minor indiscretions. (And by minor indiscretions, I mean some of the worst human rights violations we’ve seen since World War II.)

Since 2017, the Chinese government has been rounding up a segment of its population and imprisoning them in internment camps without trial.

These folks are not protestors or anti-government activists. They’re simply guilty of being Uighurs, an ethnic minority with which the government has taken a sincere disliking to. (You don’t want to be someone the Chinese government sincerely dislikes, especially if you live in China.)

In the last two years, China has rounded up more than 2 million Uighurs and imprisoned them in a network of massive internment camps.

In these internment camps, called “reeducation centers” by the Chinese government (who don’t realize how Black Mirror that sounds), Uighurs are forced to undergo psychological indoctrination programs.

Prisoner’s daily routine includes studying communist propaganda, “giving thanks” to Chinese President Xi Jinping, and some light torture. According to the admissions of Chinese officials, waterboarding and other forms of torture are part of the “reeducation curriculum.”

The government has tried to deny the existence of these camps. But even China can’t disappear more than a million people without anyone noticing.

In tomorrow’s issue of One Last Thing, we’ll get into why China is imprisoning the Uighurs and look at the possible side effects this could have on the global economy.

Until then, perhaps consider what happened the last time a dictator tried to imprison and wipe out every member of an ethnic minority…