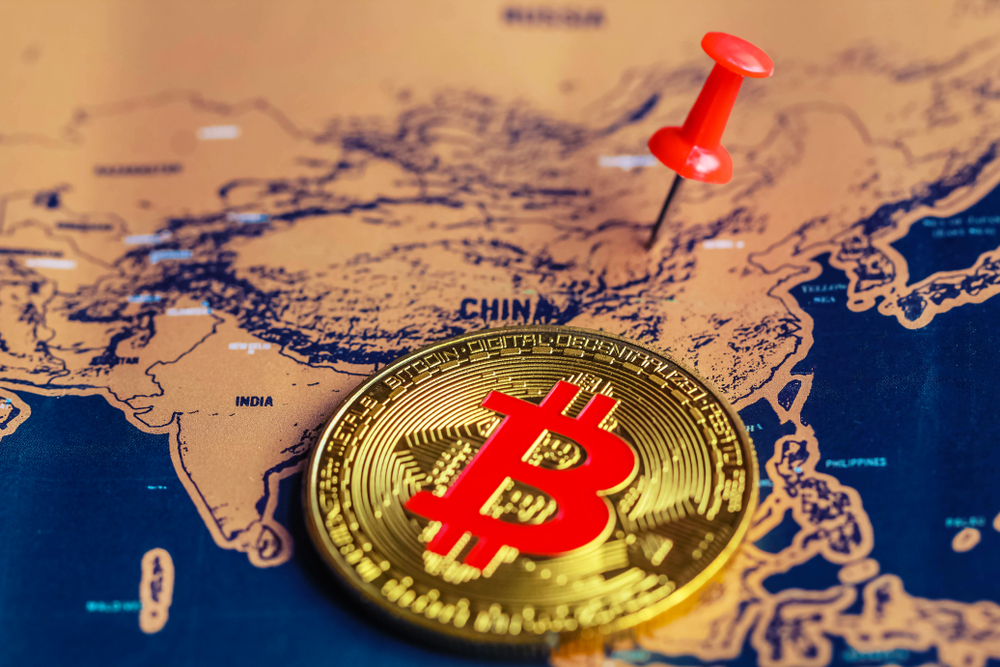 “China fired a bazooka yesterday. And it was filled with blanks.”

China’s approach to trade negotiations is a little different from our own.

Whereas President Trump is that girl that will blast you in front of the class, Xi Jinping is more like that girl who disseminates bitchy rumors about you through her state-controlled communist newspaper and hopes you hear about it. (You will.)

Yesterday, through a back channel of the Communist Party of China (CPC), President Xi threatened to raise the stakes in the U.S.-China Trade war.

“Many Chinese scholars think that Becky wears too much makeup.”

Right now, China is the biggest owner of U.S. debt of any individual country (they just love the stuff). The country currently owns $1.13 trillion in U.S. Treasuries, accounting for 17.7% of securities held by foreign governments.

Essentially China is threatening to dump its stockpile of Treasury Bonds to trigger a surge in interest rates and damage the U.S. economy.

But according to the Chief Market Strategist for Phoenix Capital Research, Graham Summers, this move will backfire on China.

I spoke with Graham over email this morning:

Yesterday, the Editor in Chief for the Communist Party of China’s (CPC) official media publication floated the idea that China is considering dumping U.S. Treasuries.

These three items are all connected.

The fact is that China’s threat — and it was an actual threat, as the journalist would NEVER publish this information without the CPC’s approval — indicates that China is in very serious trouble.

Dumping U.S. debt has always been the “ace up China’s sleeve” — the nuclear option that they could only use once.

And it turned out to be a dud.

You would expect U.S. debt to collapse on the day that its largest foreign holder floated the idea of dumping Treasuries. But U.S. Treasuries rallied on the news.

China is much closer to collapse than is widely known. President Trump is breaking them via tariffs and increased regulations, just as President Reagan broke the USSR in the ’80s via financial strangulation.

Where is capital going to go if the world’s second-largest economy… and the largest mountain of garbage debt ever built in history collapses?

U.S. Treasuries… the ultimate safe haven. China could dump its Treasuries and the debt markets would absorb it in two to three months. The U.S. has $22 trillion in debt outstanding. And the U.S. government and population own $19 trillion of it. Heck, the Fed alone owns more U.S. debt than China and Japan combined.

China fired a bazooka yesterday. And it was filled with blanks.

According to Graham, China’s coming collapse is the driving force behind bitcoin’s recent explosion.

More on that in today’s second story, below.

Bitcoin continued to rally yesterday, topping out at $8,325 before paring off some of its gains.

By the end of the day, the prodigal cryptocurrency was up 15%.

(It won’t be long before we’re back in the “Uber drivers telling you to buy bitcoin” phase again.)

Meanwhile, the global markets did their best impression of a raging dumpster fire, as “anxiety” over China-U.S. trade negotiations turned into a full-on panic attack.

The DJIA fell 696 points, its biggest single-day loss since January (when our government was out to lunch).

As a safe-haven currency, bitcoin typically does well when the rest of the market doesn’t (kinda like your friend from college that always has “amazing news” when you’re having a crappy day). But interestingly, yesterday’s spike coincided directly with a sharp tick down in the Chinese Yuan.

To get to the bottom of this strange correlation, I reached out to analyst Graham Summers.

“Wealthy Chinese are desperately getting their capital out of the Chinese Yuan,” said Graham this morning.

“They know the communist party will have no choice but to aggressively devalue the Chinese currency.

“And bitcoin is one of the fastest means of moving capital off the mainland.

As a reader of One Last Thing, bitcoin’s rally shouldn’t come as a big surprise to you. Our in-house experts have been predicting this rally for months.

In fact, take a look at this unpublished internal memo that was circulated by our crypto expert Kamal Ravikant on April 4:

Incidentally, I didn’t ask permission to republish this. If you don’t hear from me tomorrow, you know why.

At the time, bitcoin had just passed the $5k mark. But, just like Kamal predicted, it wasn’t long before it passed the $6k and we were “off to the races.”

Around that time, Kamal got together with James Altucher to record an emergency podcast on the future of crypto and what investors need to do to profit.

A lot of you missed it at the time, so I’m going to rerun it here today.

This was recorded only last month and it’s incredible how many of their predictions have already come true. But what’s really exciting are the big predictions they made that have yet to happen.

Click here now to listen to the full podcast for free and discover how Amazon and Facebook are about to usher in a new era of cryptocurrency.

A jury in Lameda County, San Francisco, ruled that a Californian couple contracted non-Hodgkin’s lymphoma due to their use of the weed killer (which you can buy on Amazon right now for the low-low price of $20… and maybe cancer).

The court awarded the couple $1 billion each and an additional $55 million in compensatory damages.

In a company statement (and overly long sentence) Bayer said it “is disappointed with the jury’s decision and will appeal the verdict in this case, which conflicts directly with the U.S. Environmental Protection Agency’s interim registration review decision released just last month, the consensus among leading health regulators worldwide that glyphosate-based products can be used safely and that glyphosate is not carcinogenic, and the 40 years of extensive scientific research on which their favorable conclusions are based.”

Man, Bayer needs an editor badly. Unless the goal is to confuse folks so much they just give up reading your statement. Because in that case, it’s working.

Four years ago, a UN-sponsored scientific agency determined that there was a high chance that Roundup caused cancer.

There are some “studies” that dispute this claim, but they were conducted by Monsanto and they’re probably total garbage.

According to emails released as part of a lawsuit against the company, Monsanto planned to ask third-party scientists to sign their names to “studies” ghostwritten by Monsanto employees.

In an internal email, Monsanto executive William Heydens wrote that “we would be keeping the cost down by us doing the writing and they would just edit & sign their names so to speak.” (Hmmm. I wonder why nobody takes their research seriously.)

Bayer currently faces more than 1,300 lawsuits related to Roundup. With three losses under their belt, the company’s defense for future cases gets weaker and weaker.

Bayer could be looking at hundreds of payouts of tens of millions of dollars, which has investors questioning exec’s decision to acquire Monsanto in the first place.

According to a new report by the United Nations, several common diseases are becoming untreatable. And it’s all your doctor’s fault.

(Sorry Dr. Kim. I’m going to sell you down the river in this one. Also, your hands are cold, dude. Huff on them or something.)

In the last few decades, the medical profession has become over-dependent on antibiotics, using them as a crutch to treat every sniffle, rash, and weird bump under the sun.

Which is great for getting patients out of your office and back into the workforce. But in the long run, it creates far worse problems. With overuse, strains of diseases can actually become resistant to antibiotics.

It’s that thing that annoying people feel compelled to tell you every time you take antibiotics. But they were right. (It doesn’t make you any less annoying, Janet.)

What can we do about it?

According to the report, we need to completely restructure the way our medical system treats diseases. It’s a huge and costly overhaul.

Which means taxes. Unless someone can come up with a dynamic solution to circumvent the need to restructure.

We’ll be watching this developing crisis, and those working to stop it, closely.