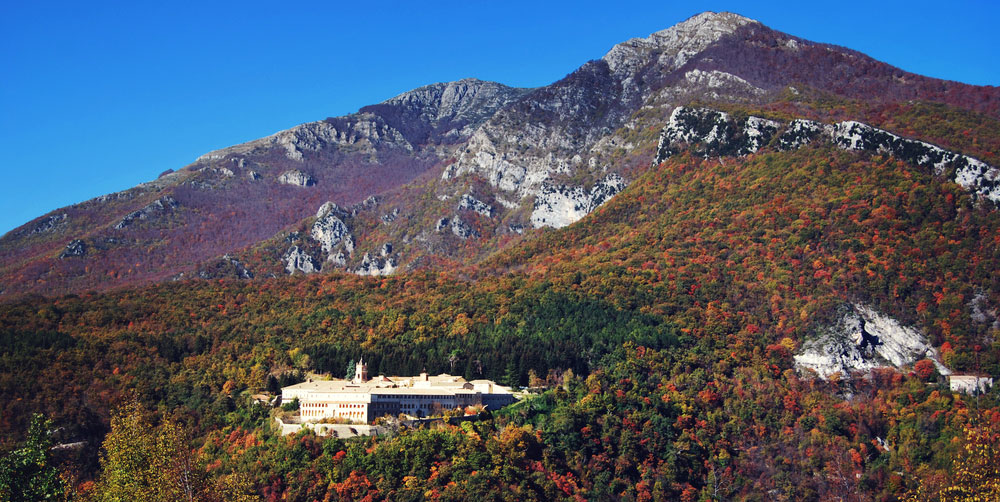 Dawn of the Delivery Wars

This morning, Amazon (AMZN) announced it would be cranking up the impossibly fast delivery machine to roll out one-day delivery on more than 10 million of its products for Prime members.

As of mid-May, the big-box chain store with the non-existent “no shirt, no shoes” policy offers free one-day delivery on orders over $35 in Phoenix, Las Vegas, and Southern California. (Which is great because it’s too hot to even think about going outside in those places.)

When Amazon announced it would be expanding the Prime service last month, Walmart’s Twitter department tossed a little shade its way, taking aim at the steep $99 membership fee and hinting at plans to expand its own free one-day delivery service.

Pictured here: Walmart conveniently forgetting its own “prime delivery service” that had to be shut down because no one signed up.

Physical sales still make up the vast majority of Walmart’s revenue (though some of its in-store customers like to dress like they’re shopping from home). But the company has locked in four years of extended growth thanks in large part to shifting focus on expanding its digital sales.

In 2018, the company’s digital sales grew 40% to $15.7 billion. But if it wants to maintain that growth, Walmart has to start competing directly with the Jeff Bezos everything machine on delivery speed and prices (and tweets apparently).

In response to Walmart’s tweet, an Amazon spokesperson said the company has better things to do than squabble with competitors.

“We don’t put a lot of time and energy or focus into competitors because it can be distracting to being innovative for customers,” the spokesperson said. “We believe what we are offering to Prime members today is unmatched.”

However, Amazon’s investors aren’t convinced Walmart’s delivery service can be simply ignored. Amazon’s (AMZN) stock fell more than 3.2% in the morning trading as Walmart (WMT) ticked up about 1%.

Like my uncle Jeremy who needs to stop eating all my deli meat or get his own apartment, the Trade War has officially overstayed its welcome.

According to a report by the Institute of International Finance, emerging markets are bleeding like a stuck pig, as investors start to realize this whole Trade War thing might not be “just a phase.”

Frontier Investing: Emerging markets can provide fast profits with the kind of explosive growth that’s rare in more established markets. However, the higher risk involved means these are often the first stocks dumped when there’s volatility in the market.

Investors yanked more than $14.6 billion out of emerging markets in May, the largest monthly outflow in six years.

Investors piled into emerging markets at the start of the year, banking on a quick and mutually beneficial resolution to the trade war. But somebody up there must have been watching Game of Thrones and taking notes, because here we are six months later and no sign of a satisfying resolution in sight.

As the prospect of a prolonged stalemate rears its ugly head, folks are losing their appetite for risk and digging in for a long and hungry summer. (A Long and Hungry Summer © is also the name of the book I’m writing about my childhood. Which, I’m only realizing as I’m writing about it, was very boring and not worth writing about.)

According to the authors of the report, the decline was not isolated any one country in particular and widespread across global markets.

The report comes hot on the heels of President Trump’s Friday announcement that he would very much like to have a secondary (and completely separate) trade war with Mexico.

With no end to the Trade War or this market volatility in sight, investors need to fall back on safe, profitable, and predictable strategies — like this one developed by James Altucher — to guarantee a steady monthly income.

According to the folks at Zachs.com: “[This strategy] is a great way to make money if the market goes up, sideways and even down…”

In fact, not only does James’s strategy work in volatile markets, it can thrive in them, allowing you to collect double the instant income on quick and easy trades.

Former Advisor to the Trump campaign and Depression-era cartoon of a hobo Steve Bannon has been kicked out of a monastery he was renting in Italy.

Bannon had envisioned the Trisulti monastery, 40 miles south of Rome, as the HQ for a nationalist academy for young ultraconservatives.

Bannon planned to call it the “Academy for the Judeo-Christian West” and said that the monastery would become a “gladiator school.” (If you put a bunch of nationalists from different countries in one room, there’s bound to be some fighting.)

“Will we teach the underpinnings of populism and nationalism? Yeah, absolutely,” Bannon told the Washington Post after the lease on the monastery was originally approved. “But also a broader range of stuff. The trends of where we think the world is going.”

Bannon’s been bumming around Europe since falling out of Trump’s favor after he called Donald Jr. “treasonous” and the firing of FBI Director James Comey “the biggest mistake in modern political history.”

Italy’s culture ministry originally granted the lease to the monastery to the Human Dignity Institute, a Catholic think thank and long-time Bannon ally.

Vacca also said that Bannon and the DHI had insufficient experience in the “protection and enhancement of cultural heritage”. (That’s not true. I’m sure Bannon has some very well-maintained German flags around here somewhere.)

Meanwhile, according to Italian authorities, the bank document the DHI submitted to acquire the rights to use the monastery had been forged.

DHI founder Benjamin Harnwell told The Washington Post that the institute would fight against the decision with “every resource at its disposal no matter how many years it takes.”

“The Ministry for Culture might be prepared to surrender to every whim of the extreme left — the (Human Dignity Institute) will never do so,” he said, adding the move was “nothing more than the braying of the cultural Marxist left against the defense of Western Civilization.”

According to a report by the Wall Street Journal, the Department of Justice is gearing up for a large-scale antitrust probe into Alphabet’s Google.

This isn’t Google’s first time at the old antitrust rodeo (where the cotton candy is controlled by Jerimiah, the mean old cotton-candy tycoon).

But the last time Google went to the mattresses, the probe was conducted by the FTC — which shares antitrust authority with the DOJ (aww, isn’t that nice?).

The FTC ended its investigation into Google in 2013 without taking any action. But after Google was penalized with multibillion-dollar antitrust fines by the E.U., there is increased pressure back home to investigate Google and its advertising practices.

Several online competitors, like Yelp and TripAdvisor, have accused Google’s search engine of unfairly favoring its own products over that of its competitors.

While others point out that it’s impossible to compete in online advertising when the biggest online ad company is controlled by the biggest search engine company. (I wonder if the Ask Jeeves butler landed on his feet.)

According to the WSJ’s sources inside the DOJ, the department’s antitrust division has been laying the groundwork for a probe into the search-engine-that-knows-exactly-what-porn-you-like for the last few weeks.

Now, Google is immensely popular (cause of all the free stuff). So I can’t imagine the DOJ taking any steps to formally damage the company’s business.

That said, when the U.S. brought an antitrust law against Microsoft in the early 2000s, it weakened the company enough that it created room for new competitors to grow in the space — which allowed Amazon and Google to become the megacorps they are today.

It’s early days yet. We’ll be watching this story as it develops.